The journey to Pokhara from Kathmandu is supposed to take 7 hours and we left the bus station at 7 o’clock in the morning, by 2 in the afternoon we were still only 30km from Kathmandu. This we discovered was the reason why.

The previous night a local kid had been run over by a bus, the bus hadn’t stopped so all the kids in the entire village turned out, armed with sticks and created a roadblock. There were two blocks, about a mile and a half apart the block at our side was a row of stones and a small fire of burning rubber. I took a look at it and couldn’t believe that nobody had just driven over it or that the truck drivers hadn’t just shoved everything out of the way. I looked and nobody manning the barricade looked like they were a) in charge; or b) over 18.

Once we realised that we weren’t going anywhere for a long time we decided to get to know one another. One good thing about Nepali people is that they will happily sit and chat with anyone sitting near them, so if you are on a bus for any length of time you will invariably make a couple of new friends on the way.

One of our group ‘Laural’ and American/Canadian girl (I forget which) had the idea that, as there was another bus run by the same company coming the other way we should walk to the other bus where is could turn around and take us to Pokhara, the people heading to Kathmandu could then do the opposite. The driver told us that this wasn’t possible as we didn’t know where the other bus was, 2 hours later (it must have been about 1430) the Nepali had the same idea, and off we set, carrying all our bags.
Anyone who saw what I was taking with me on my travels told me I must be mad to carry all that, I always pointed out to them that I had no intention of trekking with a 75l and 30l rucksack (just the 30l would be fine for trekking), well i’m sure there is a good saying about the best of intentions. 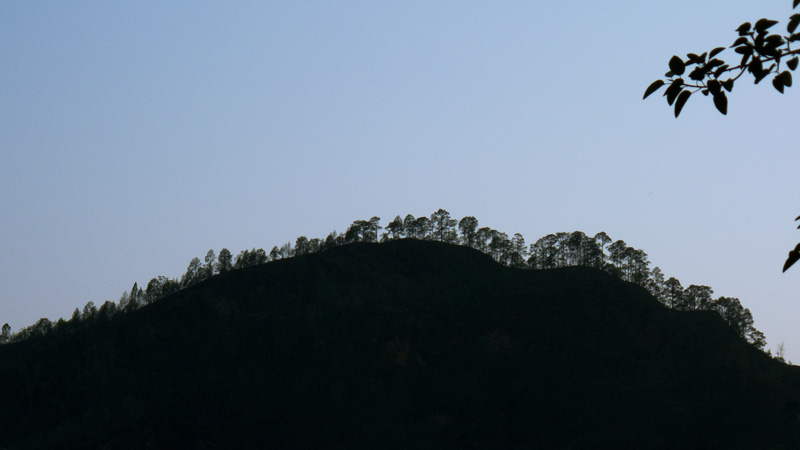 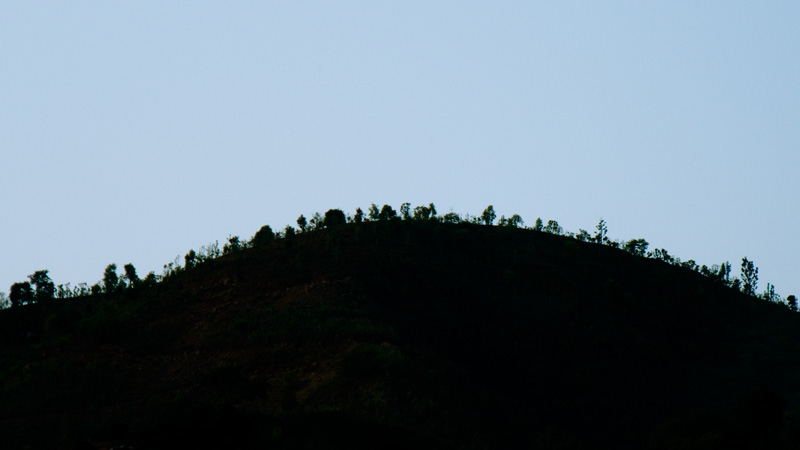 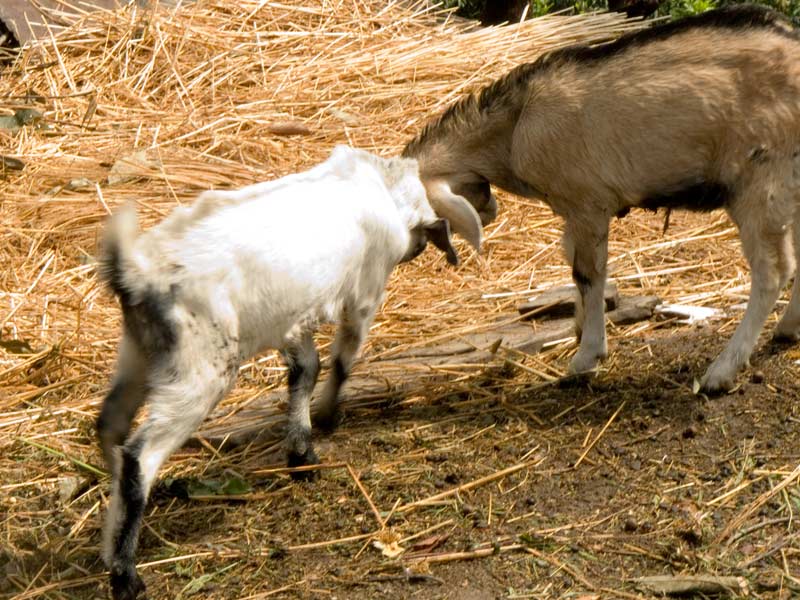 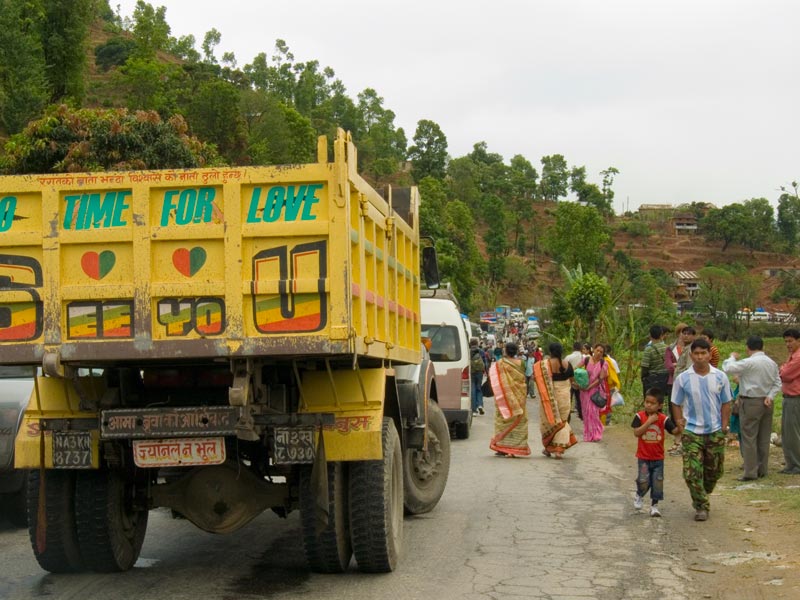 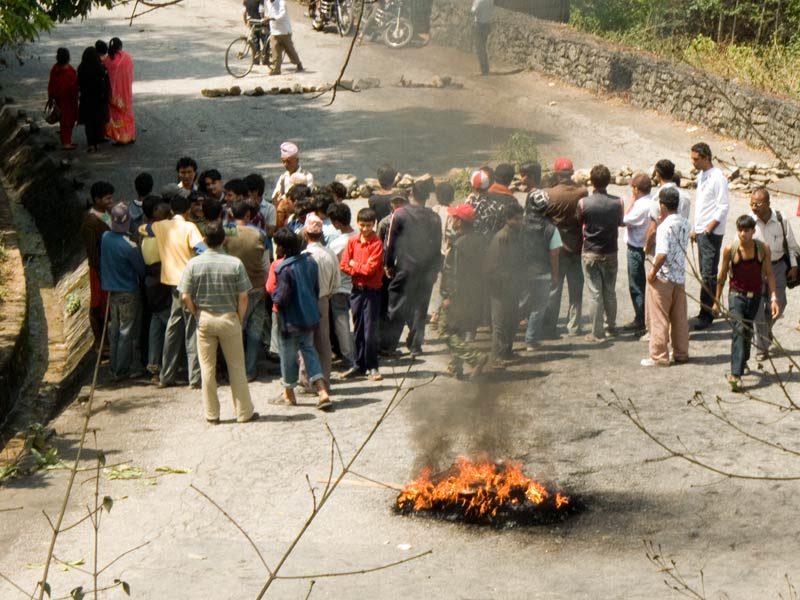 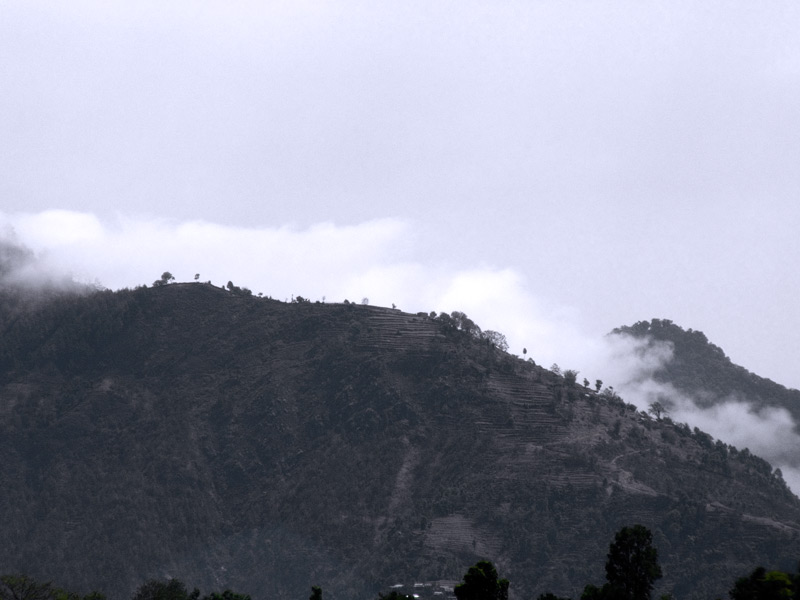 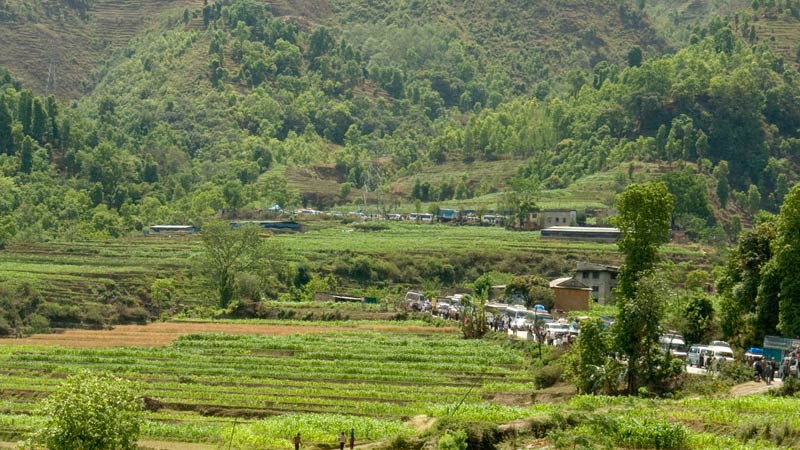 So there I was, trekking through the heat of the day with, what I calculated must be, an extra 25kg of weight. It wasn’t fun!
Somewhere between the two roadblocks we met the people from the other bus coming in the opposite direction, they delighted us by saying that we had just under a mile left to go, this turned out to be to the roadblock, the bus was another 2 miles further on, but we didn’t know that at the time.
We passed the second roadblock after about an hour of walking; it was positioned, oddly enough, right next to the police station. The police were out and talking to the people blocking the road, and, we were led to understand; interviewing the family of the victim. They were doing nothing about clearing the roadblock.

Half an hour after passing the second roadblock we were starting to get a little tired and irritable, it was incredibly hot, we were drenched in sweat and there was no sign of the bus. The company man who was with us insisted it was just another 10 minutes away, and hour later we finally arrived at the bus. The walk had taken us 3 hours, but at least now we could continue our journey.

In the end it took us 13 hours to reach Pokhara by bus, on a trip that should have taken 7. I understand that this isn’t uncommon (in fact my journey from Chitwan back to Kathmandu took 12 hrs when it should have taken 4). You can understand why the Nepali are so keen to get along with the person sitting next to them.