The guidebooks tell you that you should climb more than 500 metres in a day once you are above 2500m to avoid altitude sickness, Nigel forgot to take this into account when we left Lukla after breakfast (Kathmandu is at around 1400m, Lukla is 2840m). After lunch Nima asked how we felt and as we were both feeling pretty good we decided to head on to Namche Bazar (3440m). Nigel was feeling the altitude by the time we got there, fortunately we had a rest day at Namche and Nigel was able to go out and buy some Diamox (the preferred drug for curing AMS). 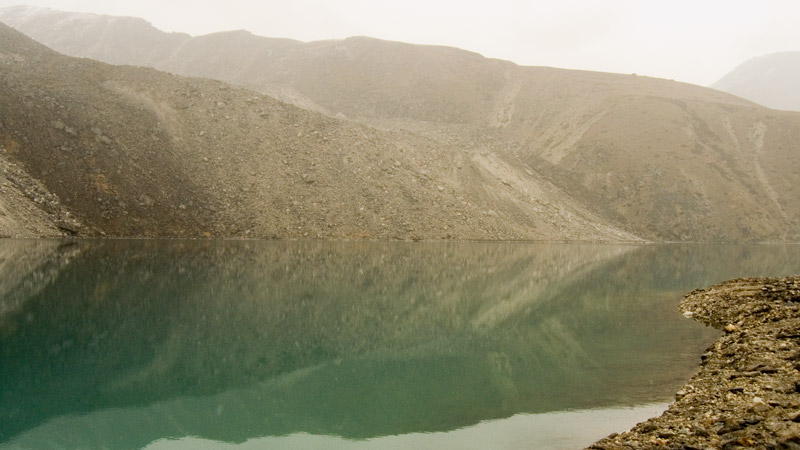 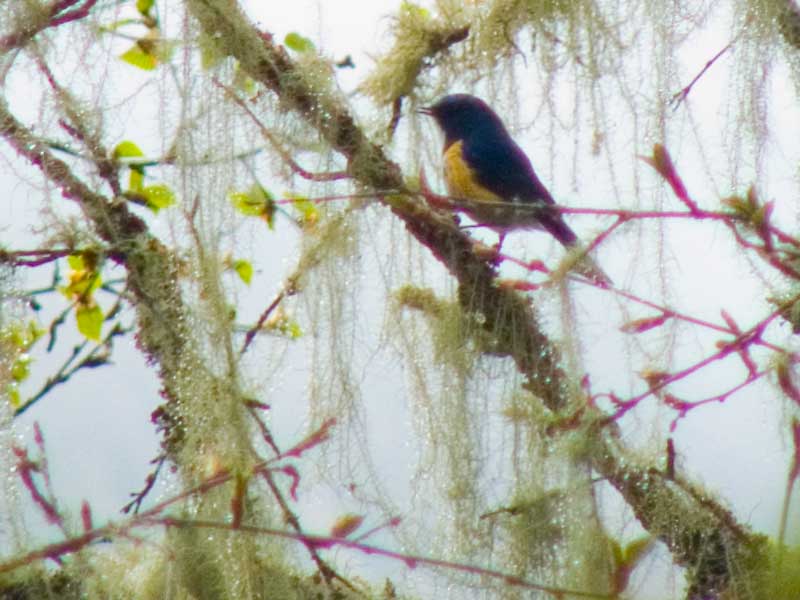 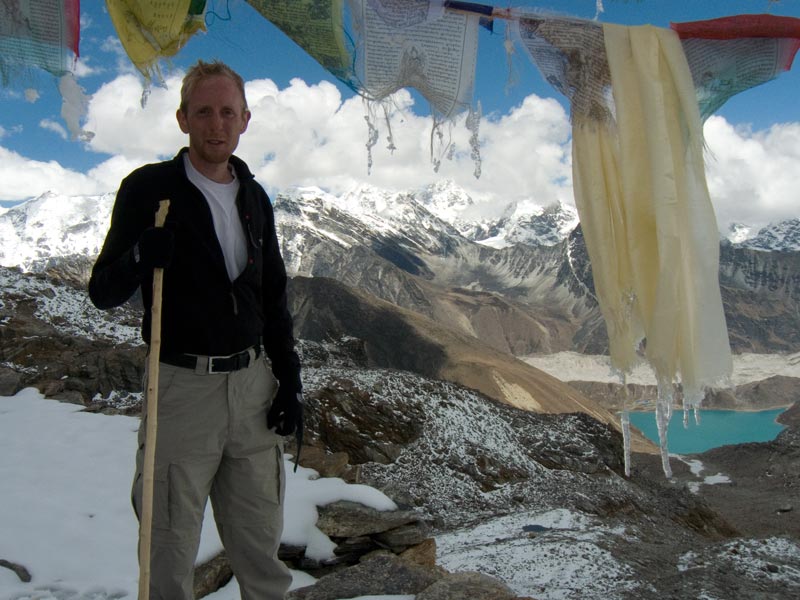 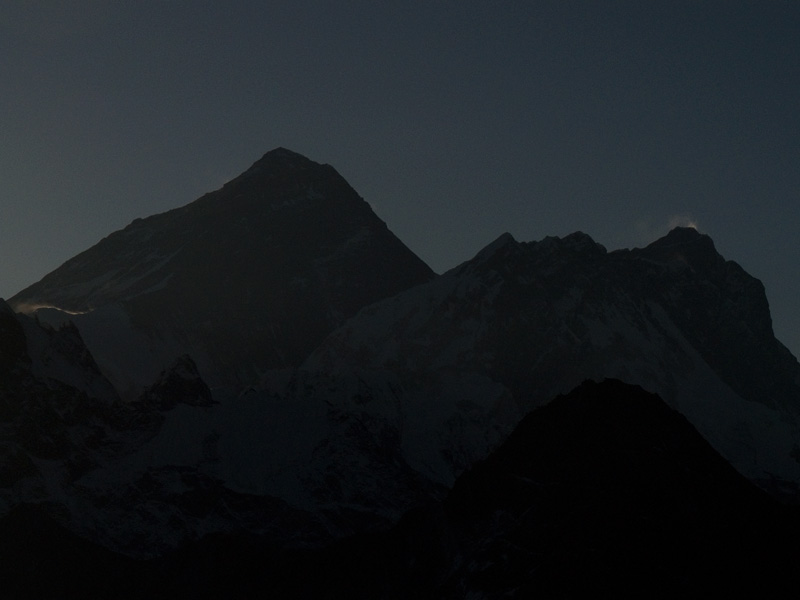 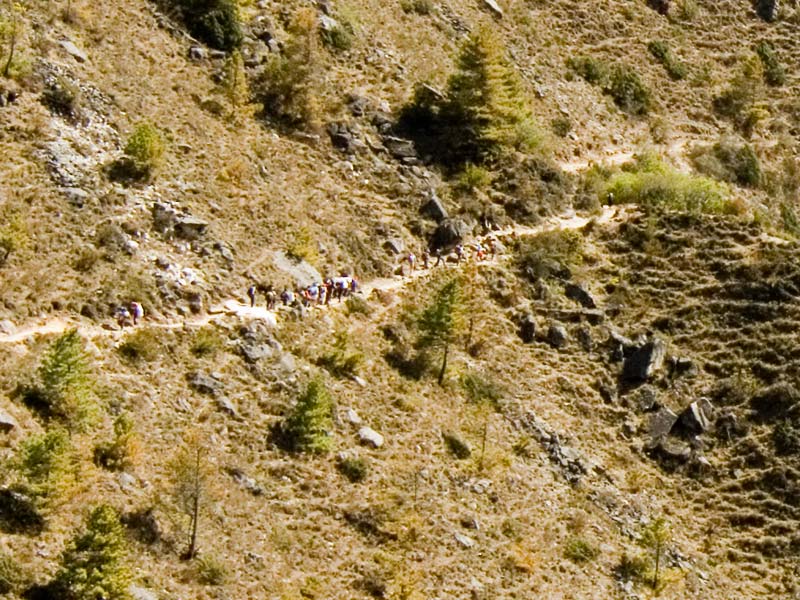 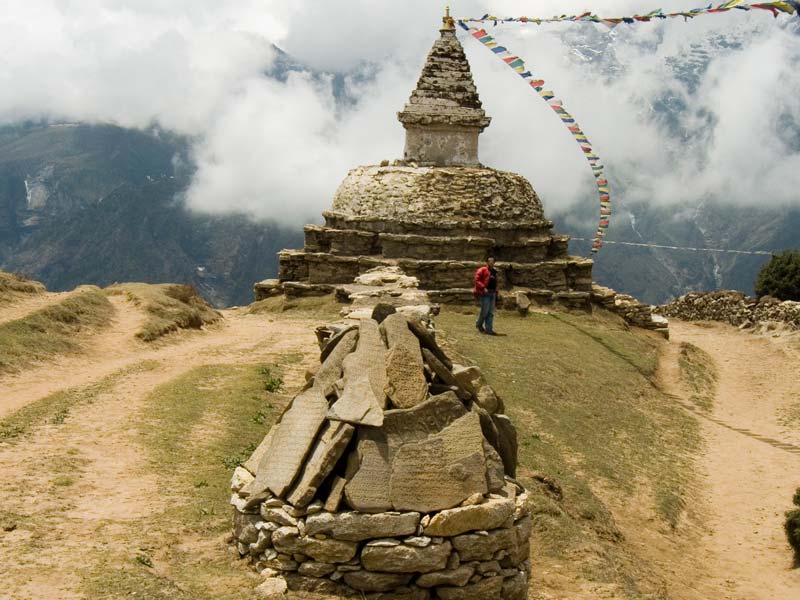 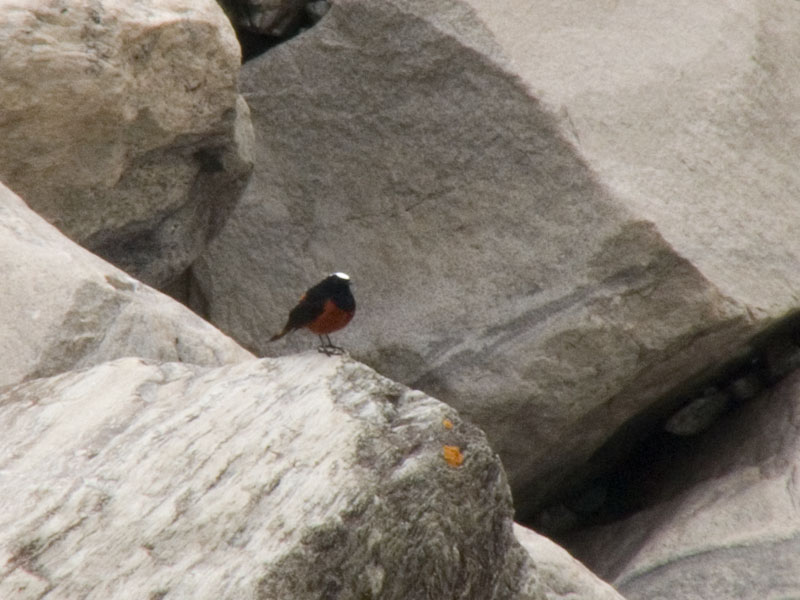 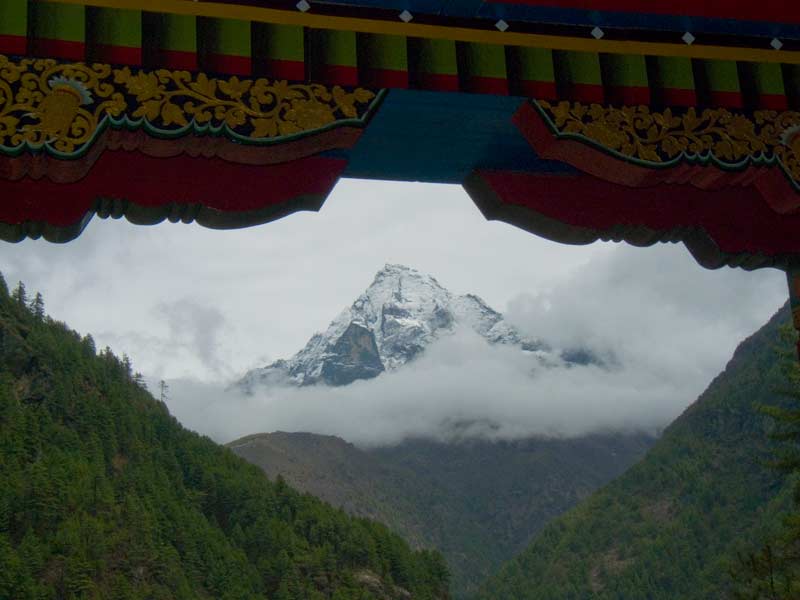 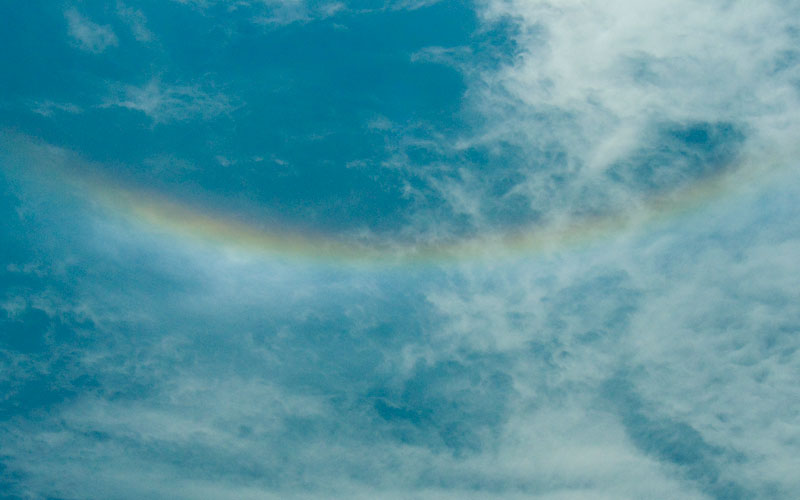 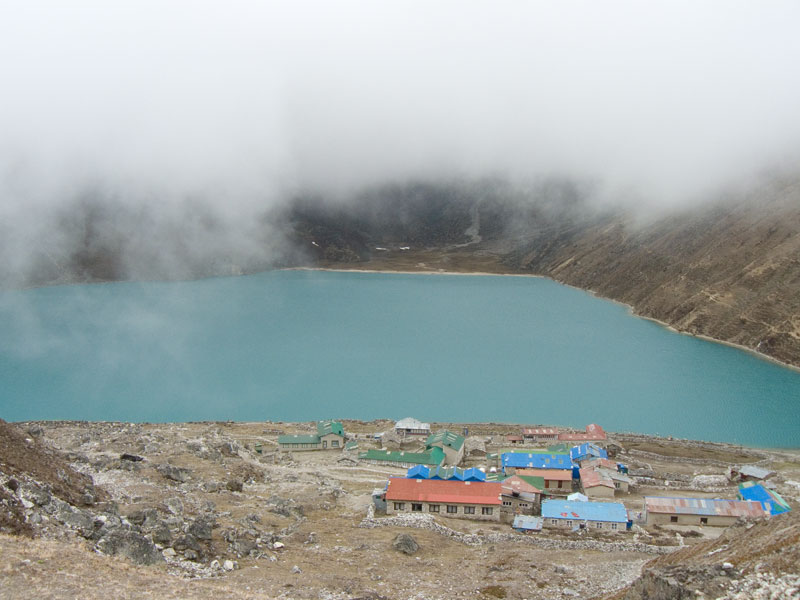 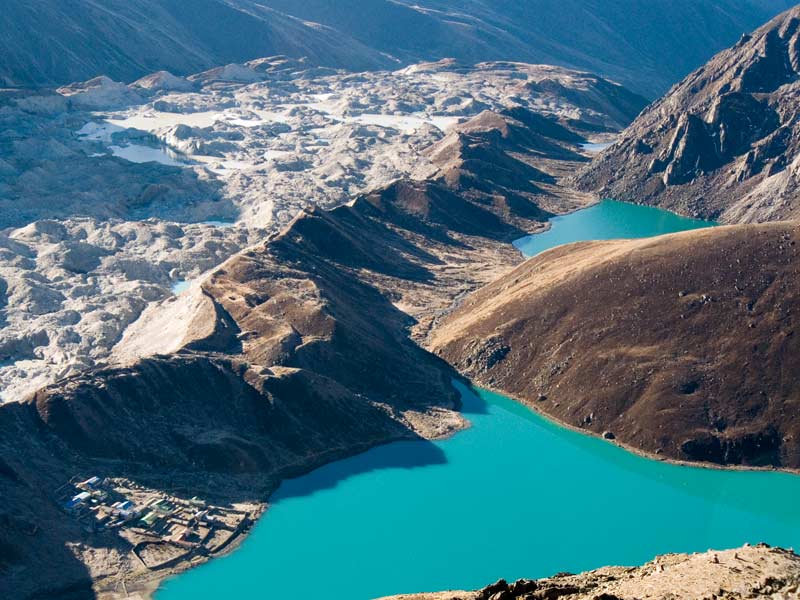 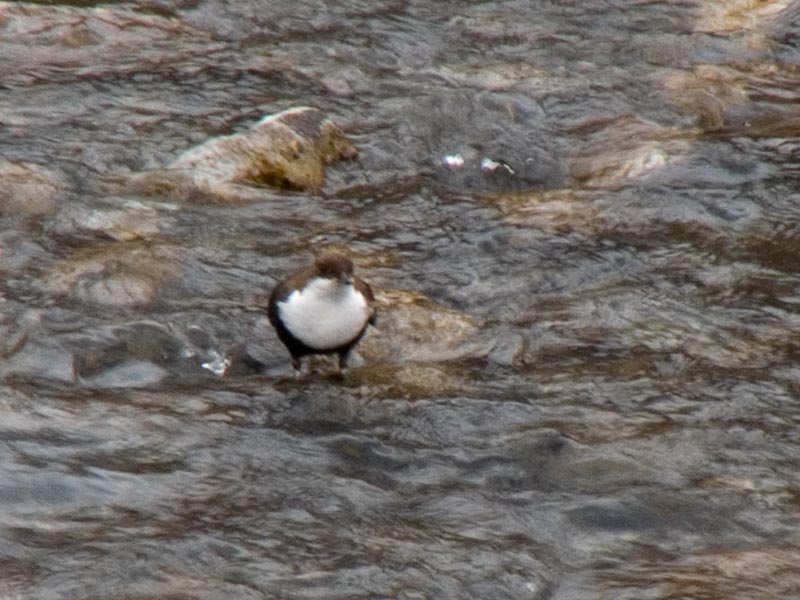 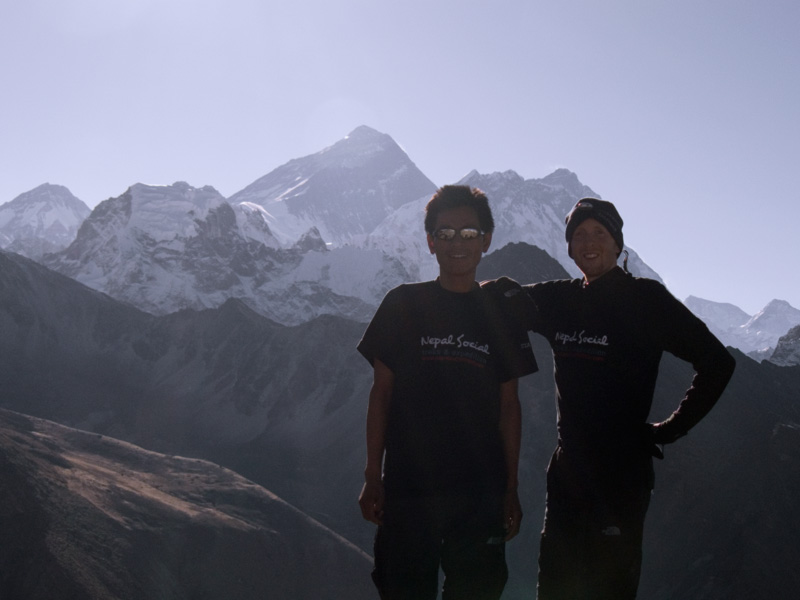 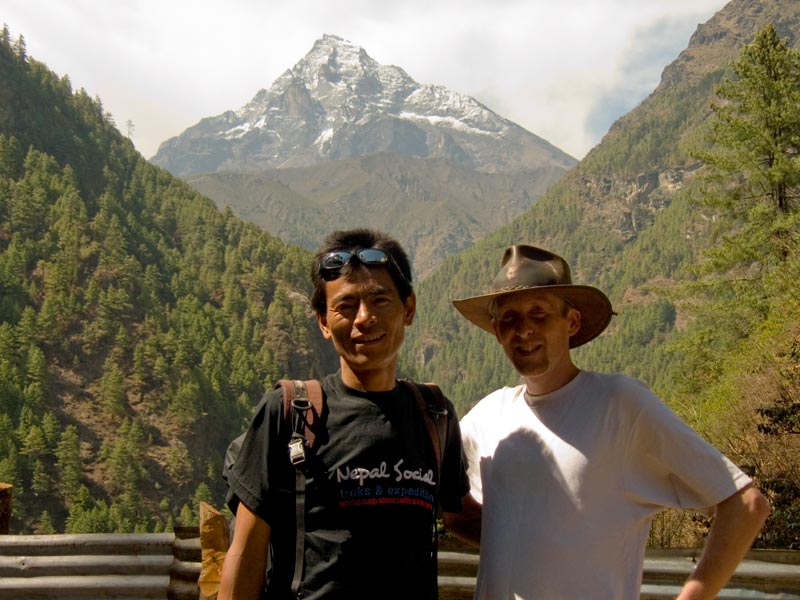 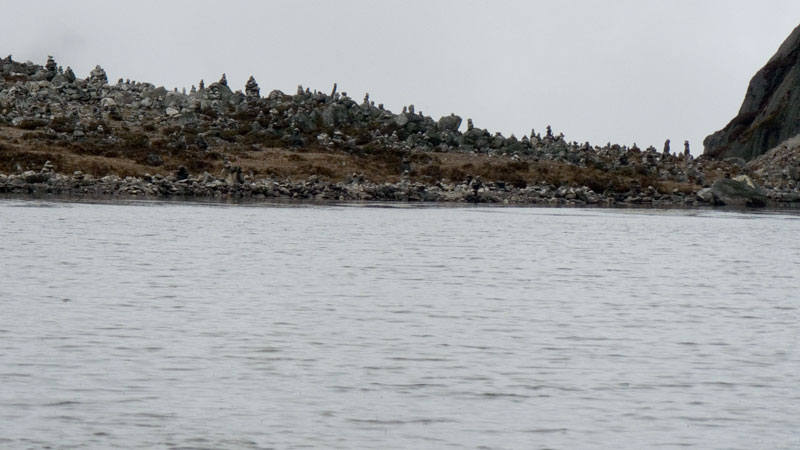 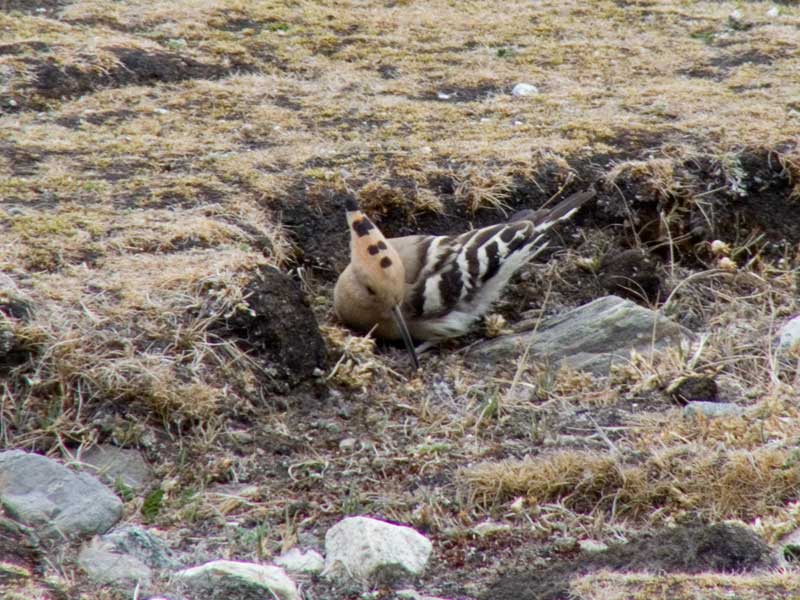 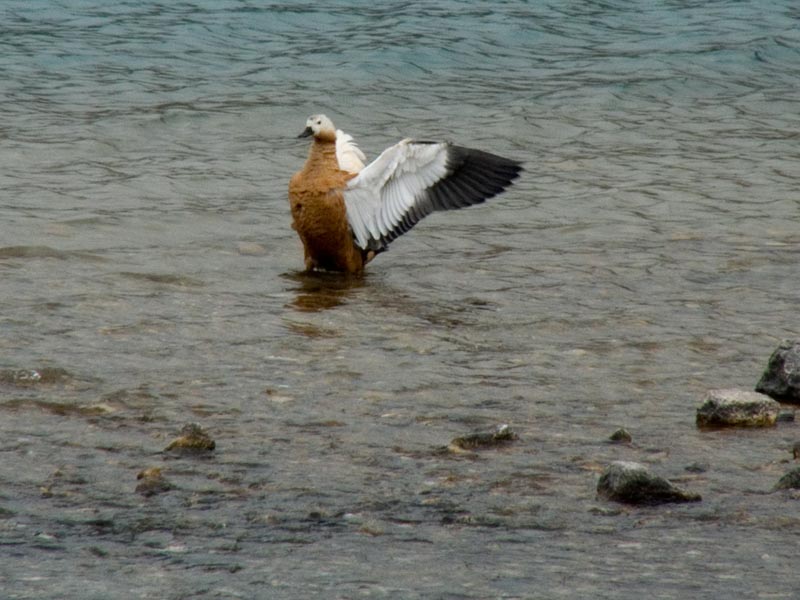 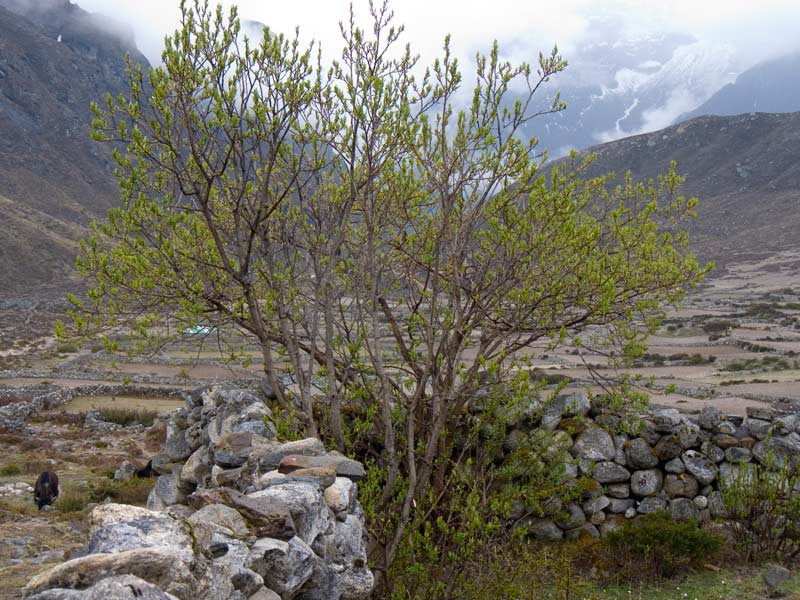 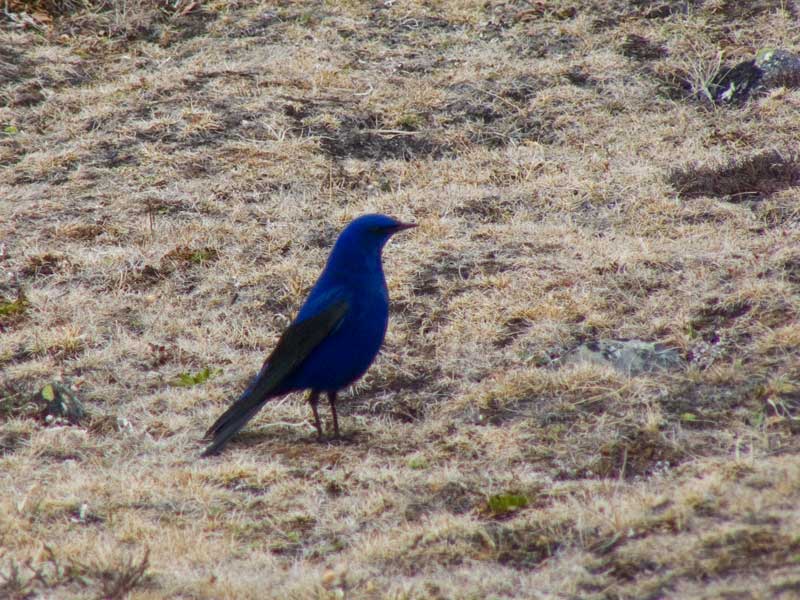 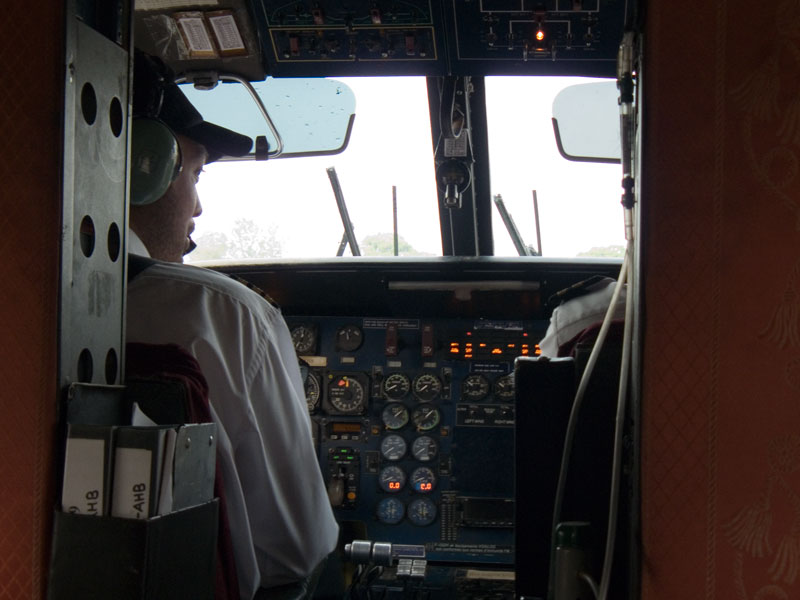 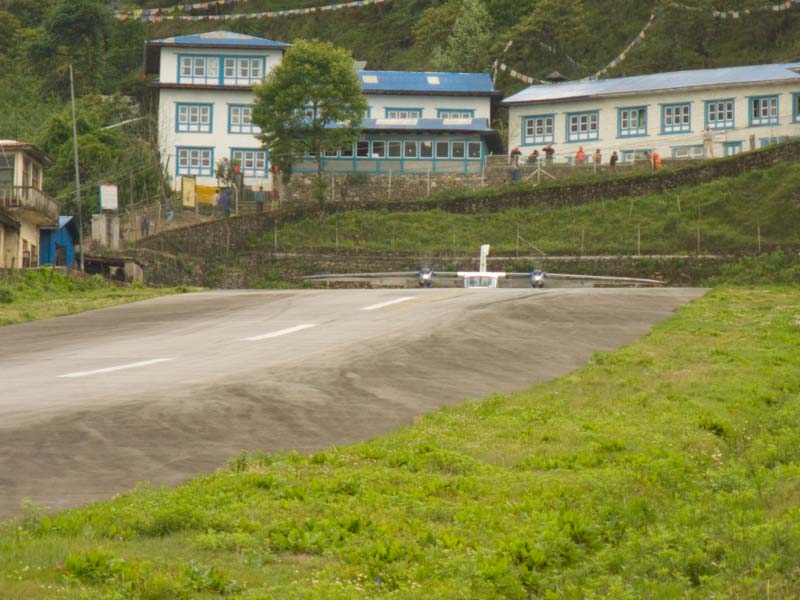 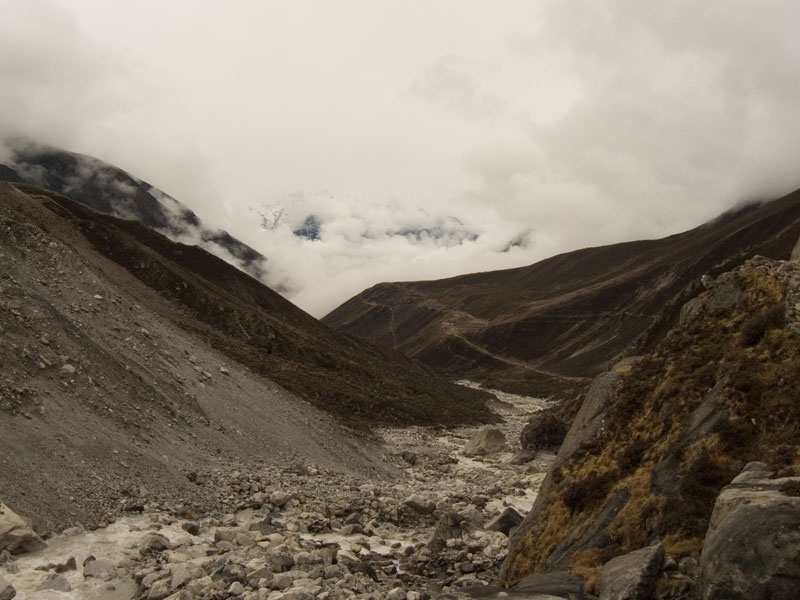 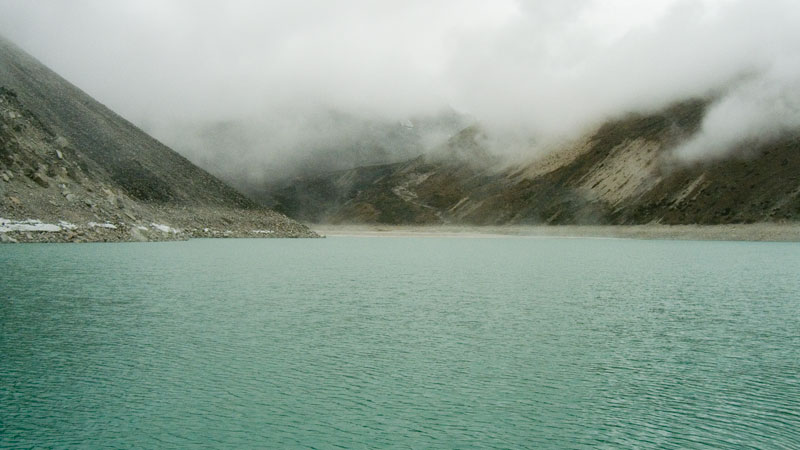 On the second day we spent in Namche and taking in some of the sights around there, Namche is in a beautiful setting but is almost entirely made up of Lodges and Hotels. The next day we trekked to Portse Thanga which is only 240m higher than Namche and it took us only 4 hours to get there. However it helped Nigel acclimatise properly before the next stage.

Day four was a tough day, we trekked to Dhole and stopped there for lunch and then went on to Machhermo which at 4470m represented a total climb for the day of 790m (and the highest point either of us had ever reached on foot).

Day five we headed from Machhermo to Gokyo at the foot of Gokyo Ri. Gokyo is at 4790m so is only 320m higher up than Machhermo, but walking there was an experience, all the shrubs and bushes disappeared from the mountain side and we didn’t expect to see too much in the way of wildlife but there were a lot of birds (and rabbits) at Gokyo. We reached Gokyo at mid morning in deep cloud cover, walking past the first two lakes, so we stopped for brunch and then walked on to the forth lake. There are 6 lakes near Gokyo and they are sacred to the Buddhists, and a deep turquoise in colour. Unfortunately because of the amount of cloud we could get any views of the mountains surrounding us; but hopefully the next day would be better.

Day six, we were up at 4 o’clock, peering out of the window so see if we could see the stars, and it was a beautiful clear night. So we got ready and headed up Gokyo Ri, Gokyo Ri is 570m higher than Gokyo and dawn was expected at about 5.30 so we only had 1 1/2 hours to get to the top. You are generally told that it will take 2 to 2 1/2 hours. We marched up, being driven on by Nima and made it to the top, just in time to the see the sun pop up above Everest. We stayed up there for a couple of hours and then headed back down for breakfast before we attempted the Renjo Pass. The Renjo pass is 20m lower than Gokyo Ri but by the time we hit 5000m we had snow crunching under our feet (there wan’t any snow on Gokyo Ri).

Once over the other side, we followed the tracks of a Snow Leopard down to the lake where a lack of snow meant we lost the trail. We stopped and had lunch by the lake and then headed on, we still had 4 hours of trekking ahead of us. By the end of the day we had gone up and down over 1000 metres and it had started raining.

We walked down through the rain for two days before the clouds cleared and it dried up, we continued down to Lukla where the rain had stopped the flights so there was a backlog of people waiting to go back to Kathmandu.

Disappointment of the trip: One of the side effects of the acclimatisation process is vivid lucid dreaming, sadly this didn’t happen to either of us.

Food of the trip: Tibetan bread with jam is great breakfast food and we discovered Mustang coffee on the last night in Lukla.

Rosko recommends: Don’t go to Everest base camp, there are better views and far fewer tourists if you go to Gokyo and take the Renjo pass (and the lakes are beautiful).

One Reply to “Sagarmatha & Gokyo”