Our first attempt to go rafting was thwarted by the Maoists who were striking in the Kathmandu Valley. Our minibus managed to get through the first couple of roadblocks but we were turned back by the politest of activists at the third one.

So we tried again the next day with a now enlarged crew of 8, three Americans, Basu, a Swedish teacher and her Nepali friend and myself (Rosko couldn’t come on this one as his claws might burst the raft).

I was the only one who hadn’t been rafting before so I was put in the front in the middle to get wet whenever we went through some rapids, after a couple of rapids I was allowed an oar and given a seat at the back of the raft, I don’t think my paddling was very effective but I was brilliant at hanging on. 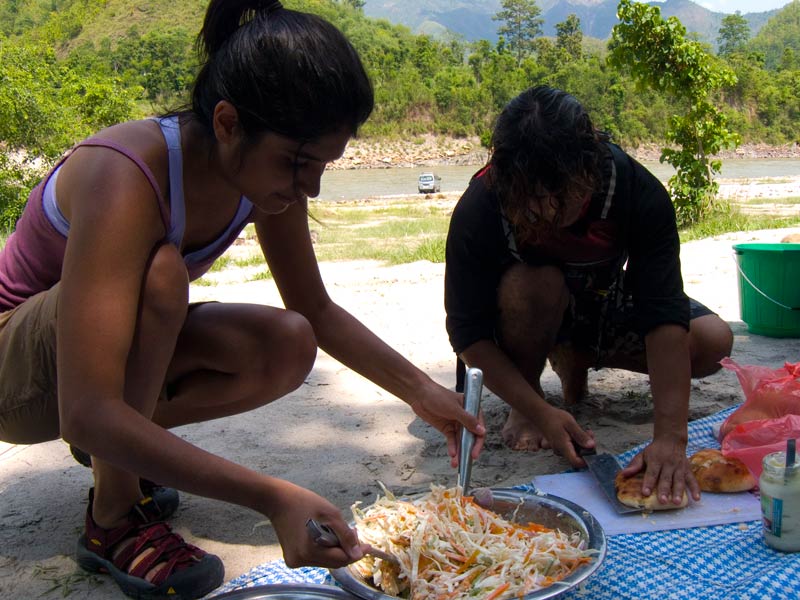 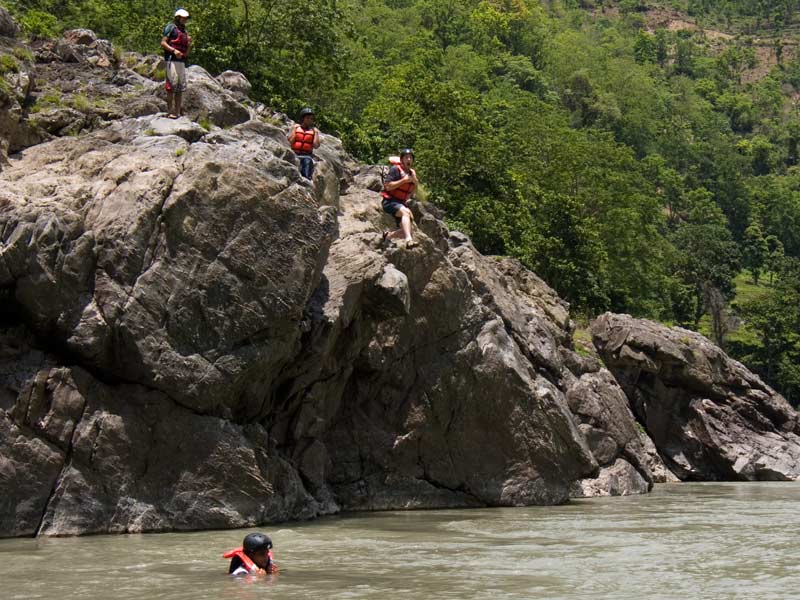 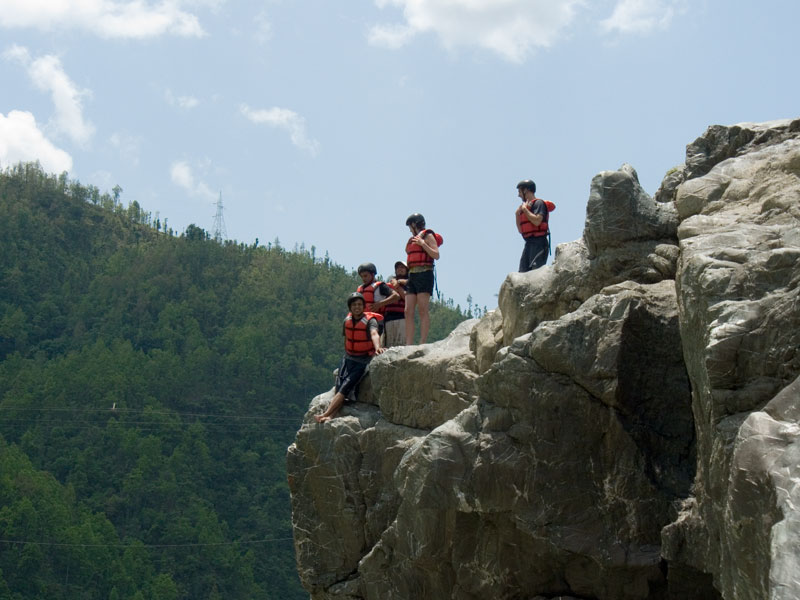 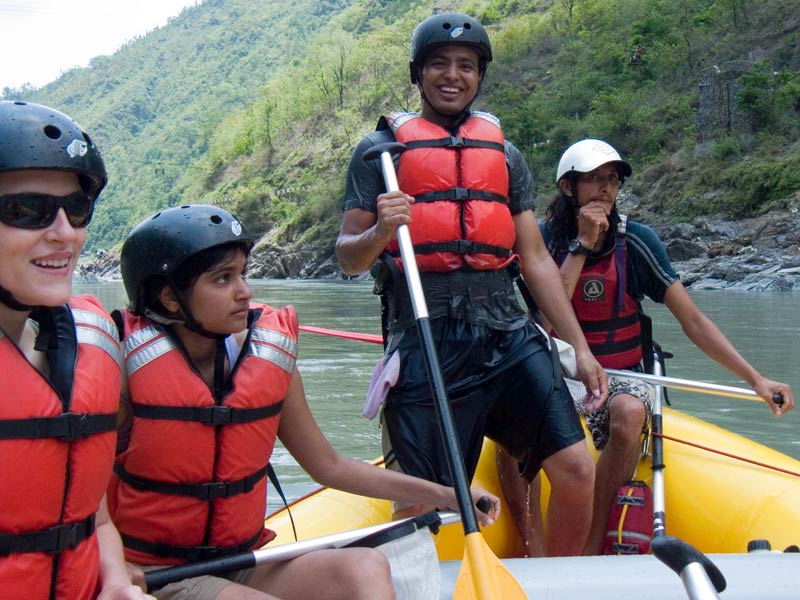 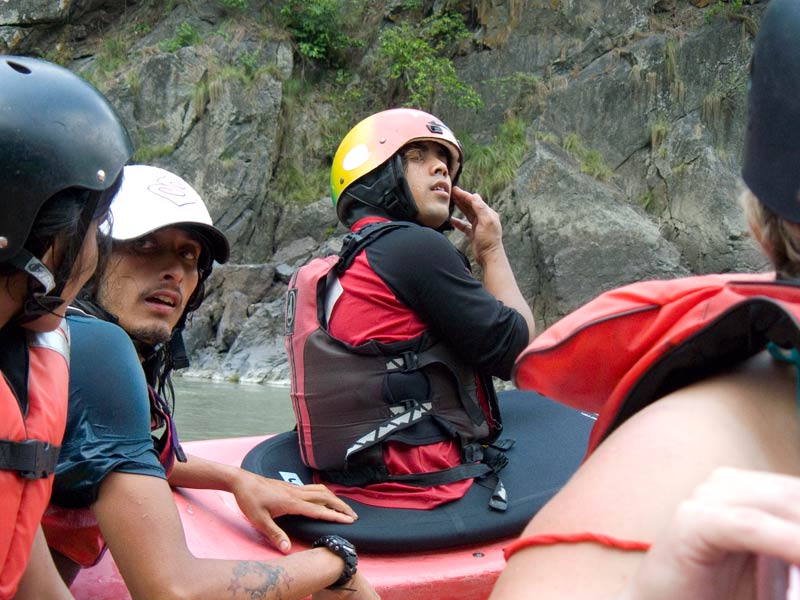 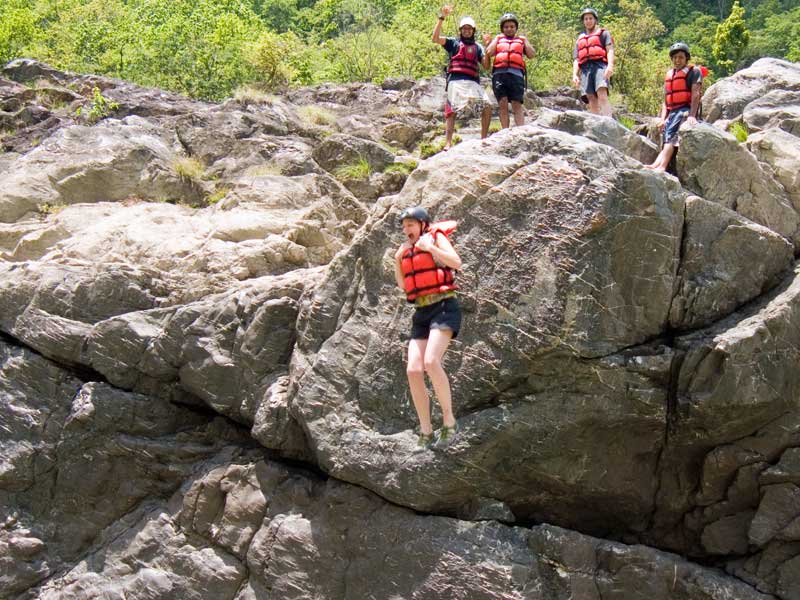 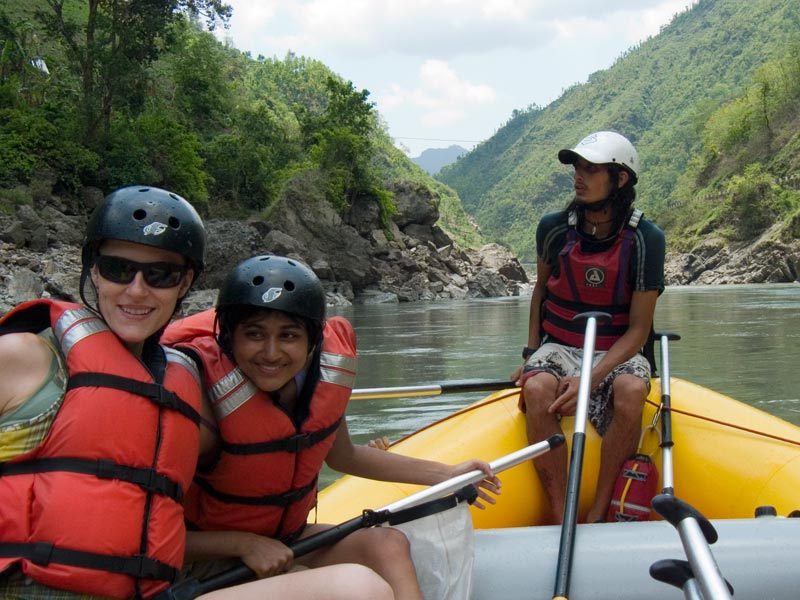 Most of the rapids were class 3 rapids and after a couple of these I was feeling reasonably confident, then we went through a class 4 called upset, we didn’t stand a chance half the raft disappeared over the side and it took us a couple of minutes to get everyone aboard again.

Rosko recommends: a lazy day in the hotel