Flying to Bhadrapur we met a couple of people making the same journey to Darjeeling so decided to travel together. There is nothing in Kakarbhitta so we crossed after lunch to the Indian border town of Panitanki which also had nothing to offer except an overpriced cab to Siliguri. From Siliguri it was another cab to Darjeeling, our first stop in India.

Darjeeling has large Nepali and Tibetan communities and is a major tourist attraction for Indians wishing to escape the heat of Kolkata, unfortunately when we got there the monsoon had arrived early and it was mainly cloudy and wet. So after a day wandering around town and checking out the local zoo (apparently they have a fairly successful Snow Leopard breeding program), we took a cab to Kalimpong. The toy train was booked up so I settled for a couple of photos of the steam engine. 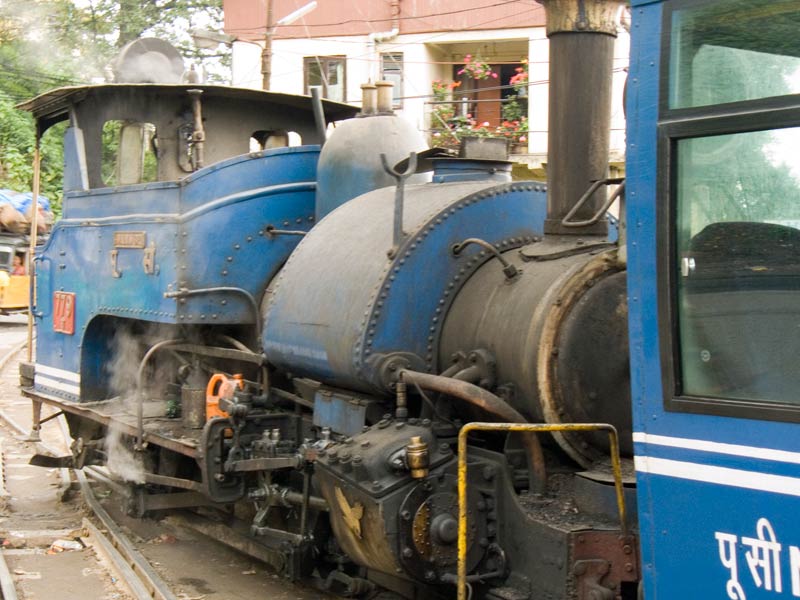 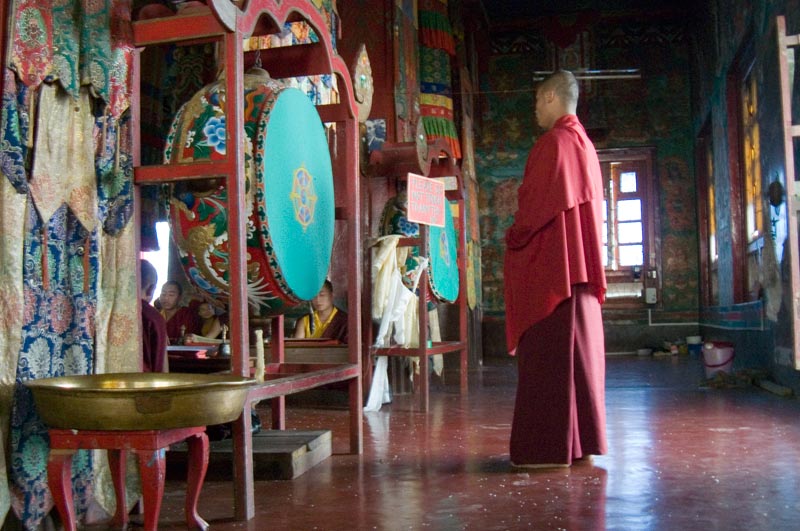 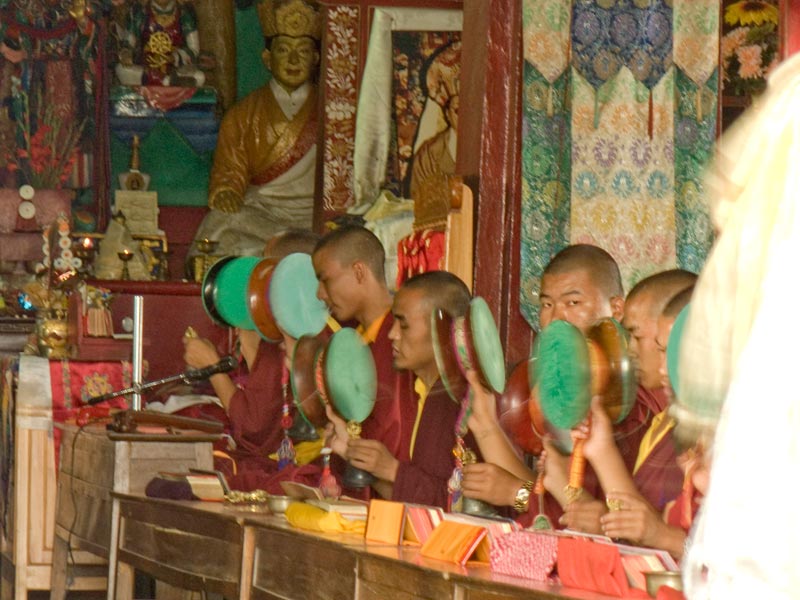 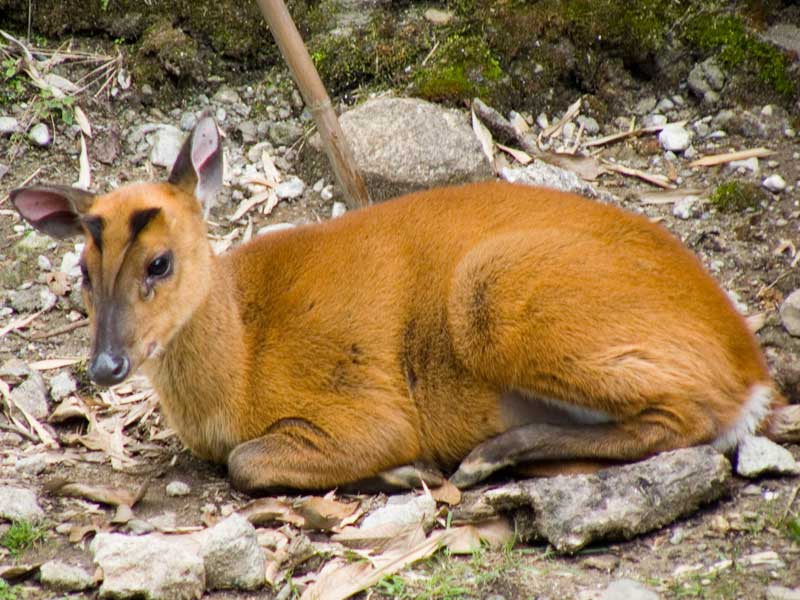 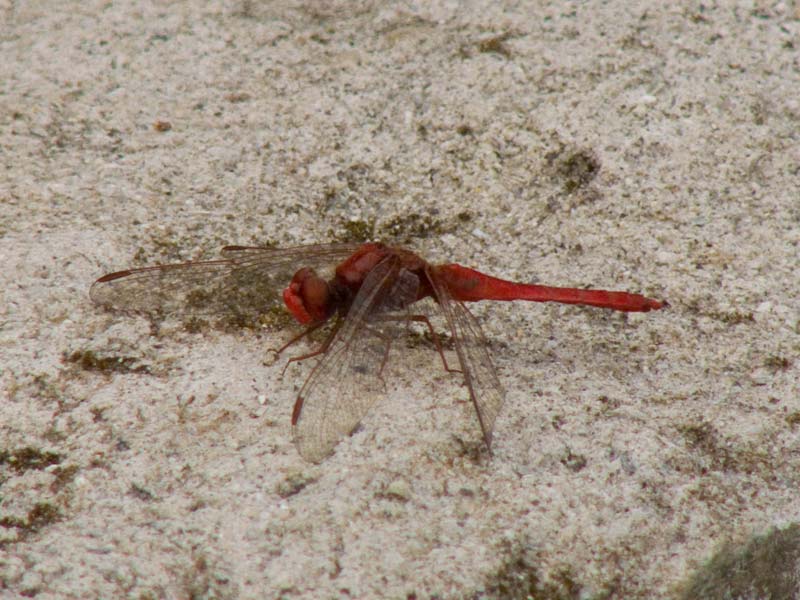 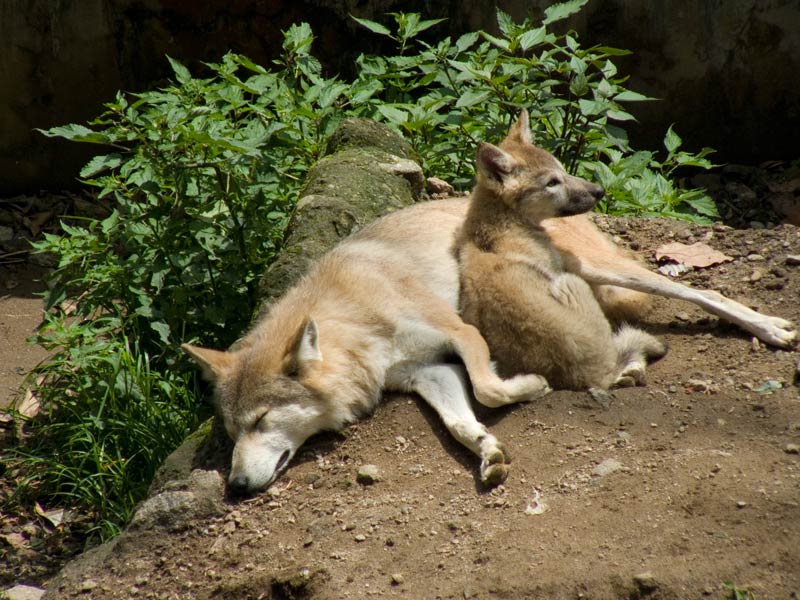 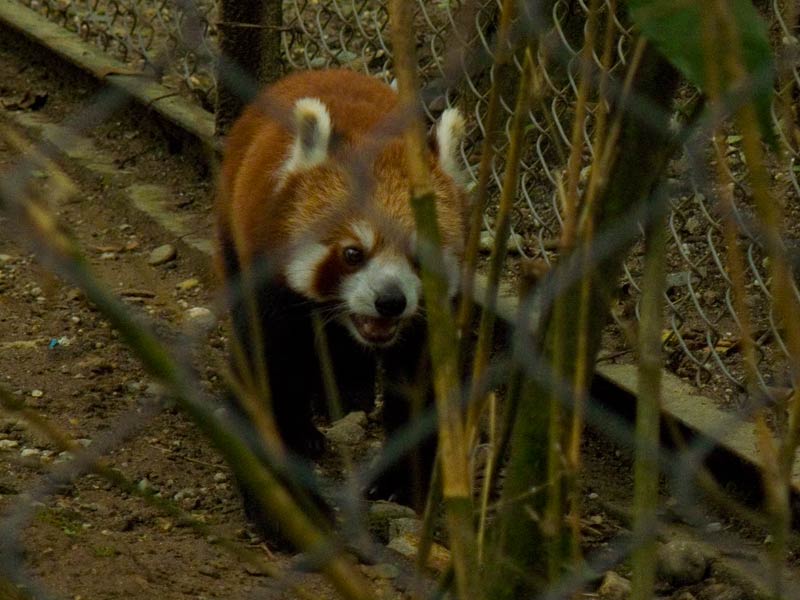 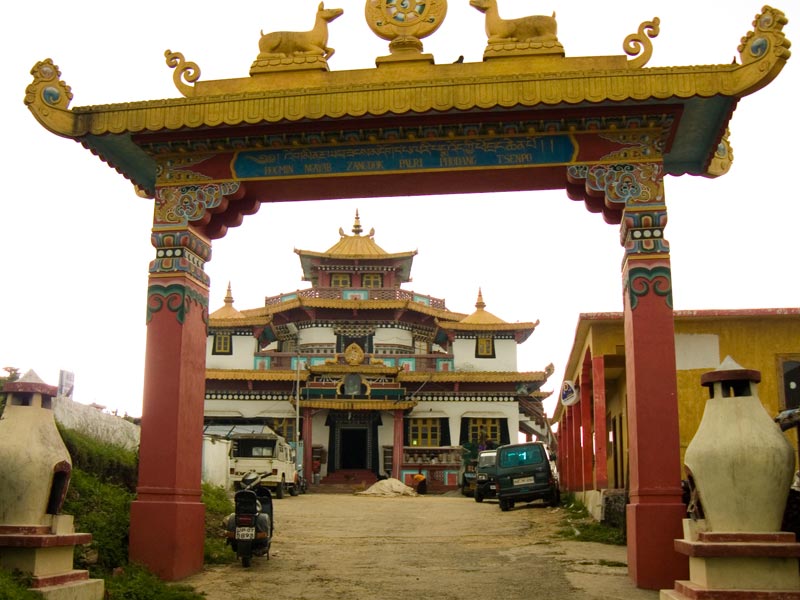 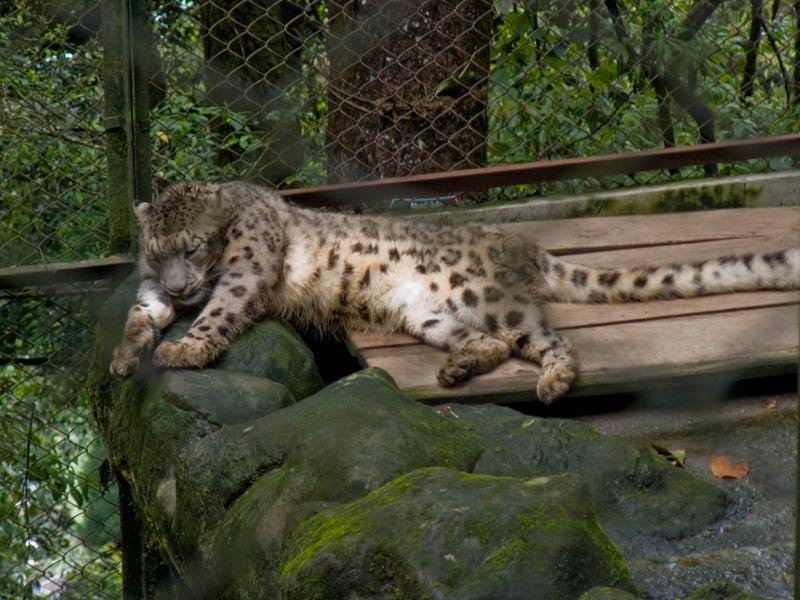 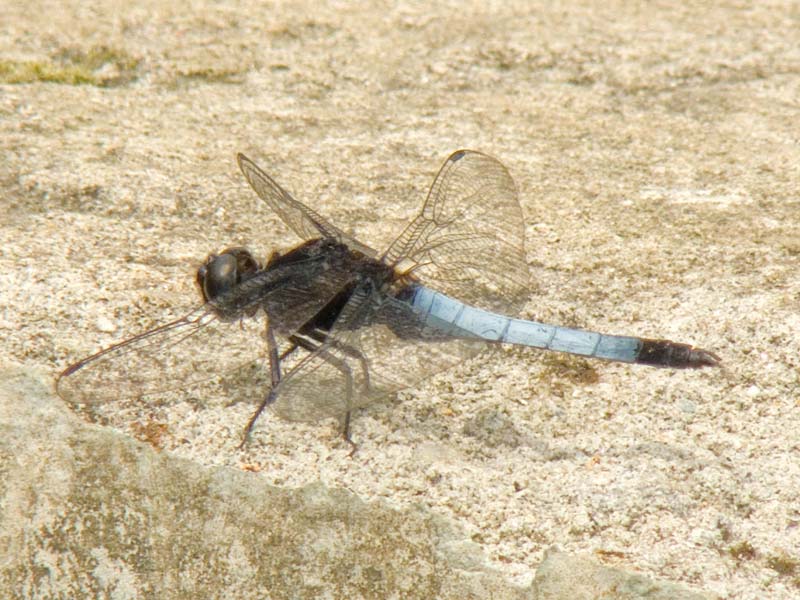 Kalimpong is a smaller, lower version of Darjeeling, we stayed there a few days without really doing anything except visiting the Zangdok Phodang (a Buddist temple) temple for the full moon celebrations. As we were 1000m lower down it was much warmer but this was offset by there being even less to do in the town (and a poor selection of restaurants). The sun came out and Nigel started to eat ice-cream, which it turns out that India is pretty good at.

In a place like Kalimpong white people are as much an attraction as the local sites. Nigel had his photo taken several times (once with an entire family). So if you ever wanted to know what it is like living in a zoo…

Rosko Recommends: There isn’t a lot to see in Darjeeling, it?s just a big town (at over 2000m it is a lot cooler than most of India) and really just a stepping stone for Sikim if the weather is good enough.

Food of the stay: Well the tea is pretty good.