Reaching Orissa overnight to Puri we got an auto-rickshaw to the street with our hotel on it the rickshaw driver looked decidedly unhappy when he realised that he wasn’t going to get a commission as well as the cab fare.

Puri is hot, and there was no respite since the monsoon rains just weren’t appearing. Even the local population is suffering from the heat. After we had sorted out our room and had breakfast we met a group of girls who were going to look at a temple in town, so we went along. Non-Hindus are not allowed into Hindu temples so the only way of seeing it was to go up onto the roof of the library (and pay 10 rupees) where it was possible to see over the top of the wall. The rest of the day was spent in a lazy tupor as it was just too hot to do anything. 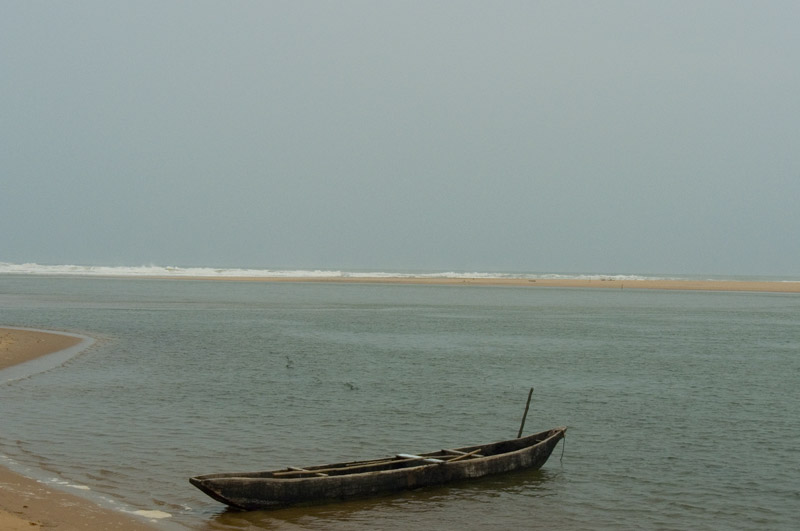 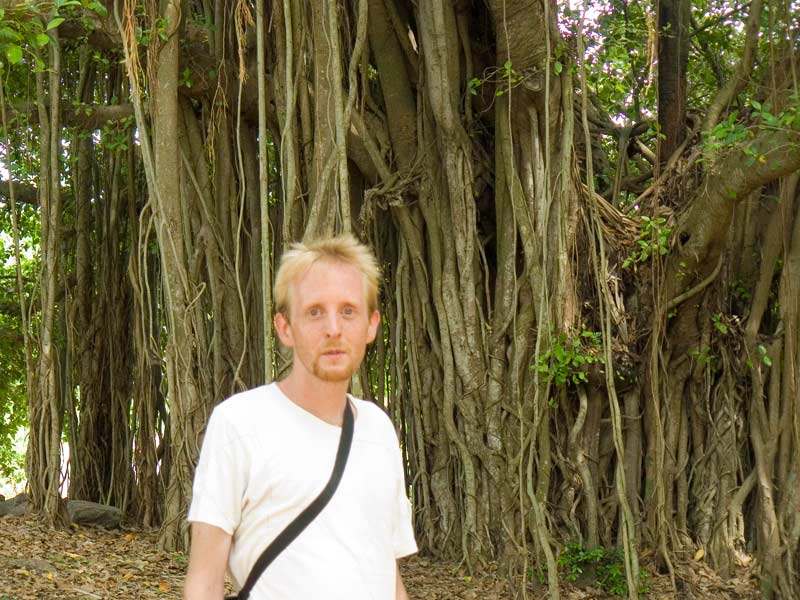 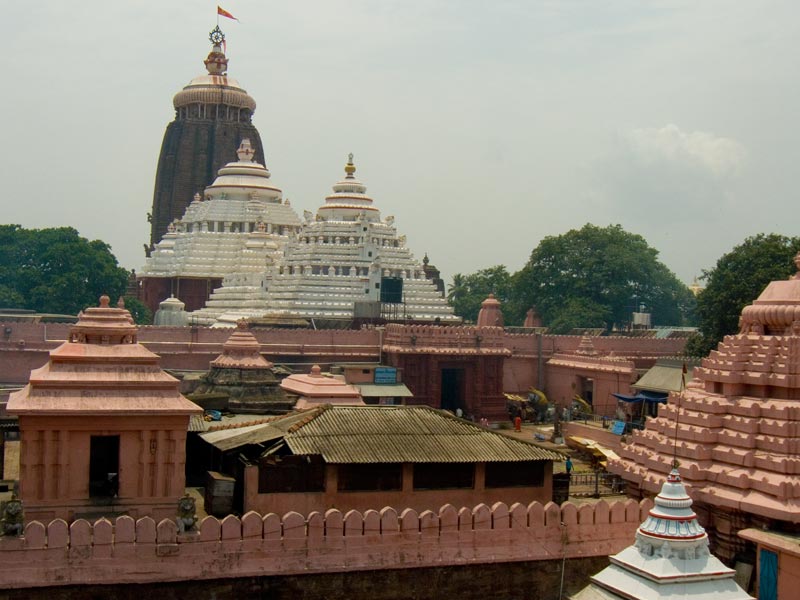 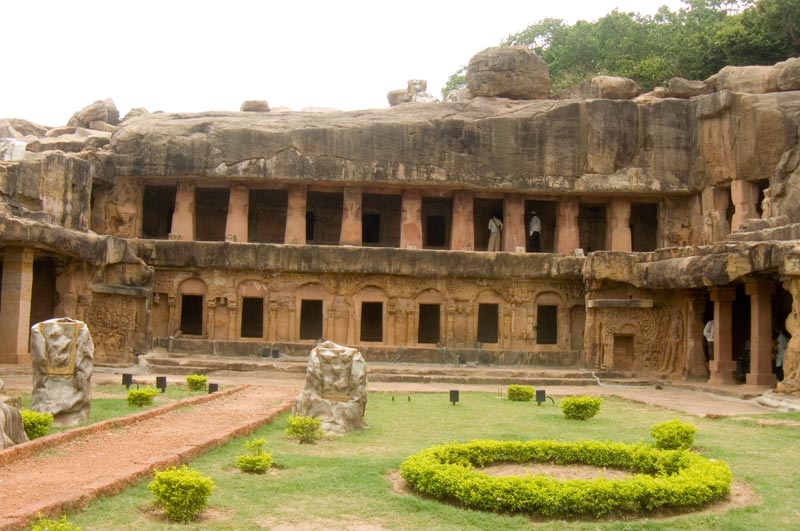 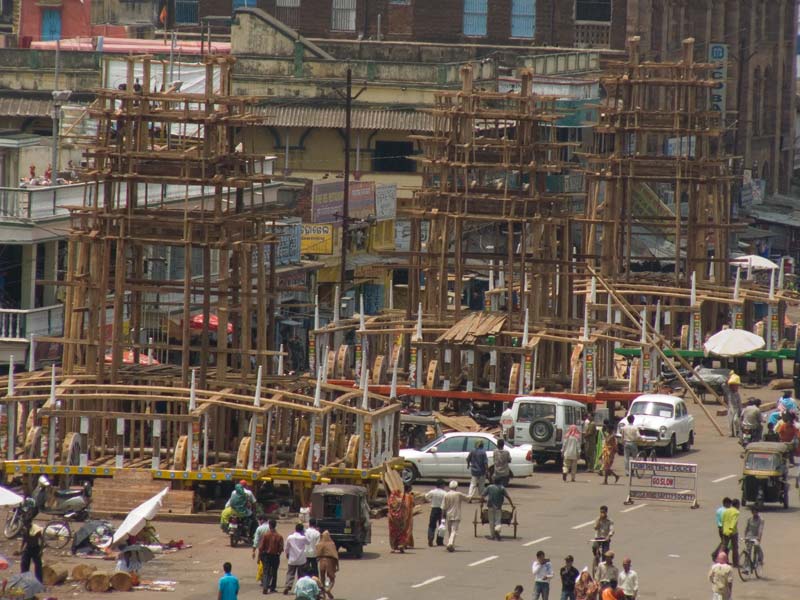 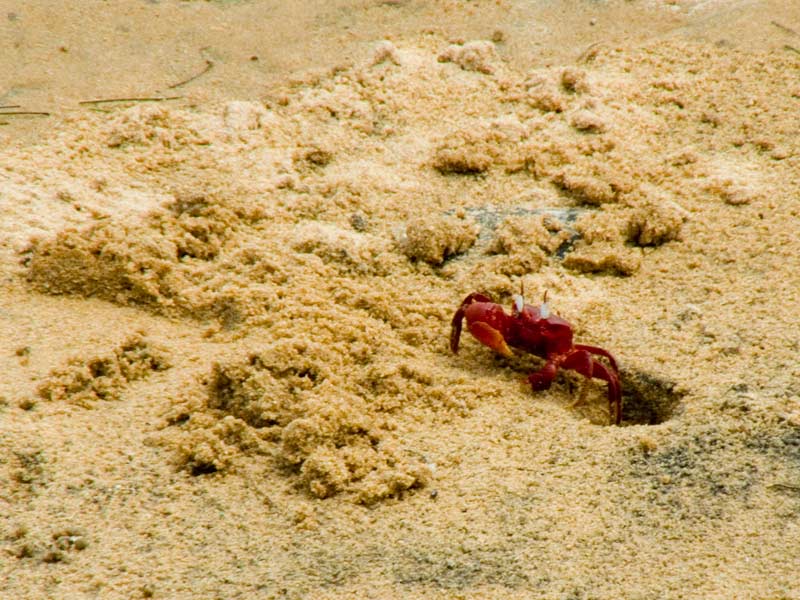 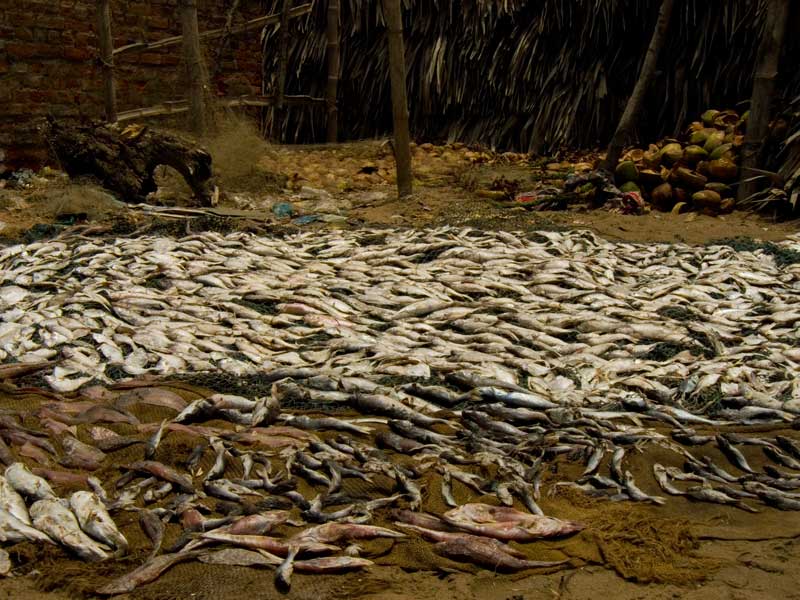 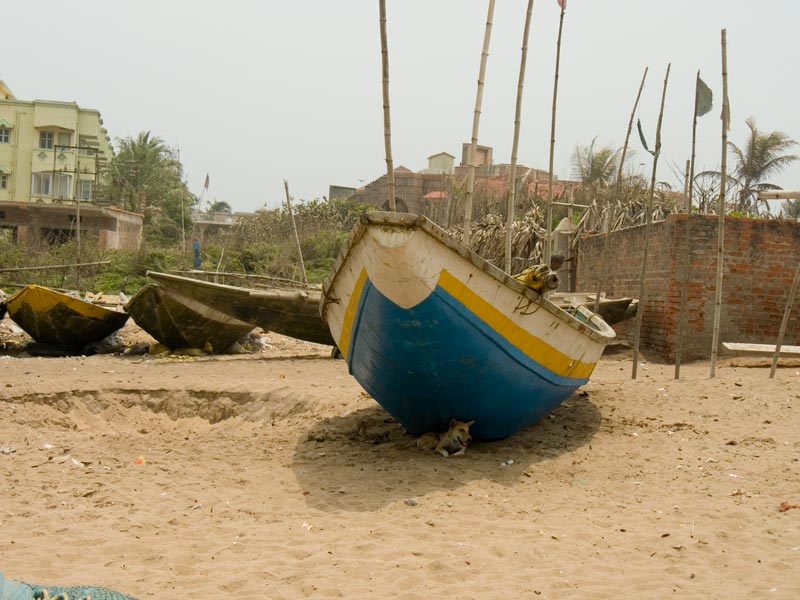 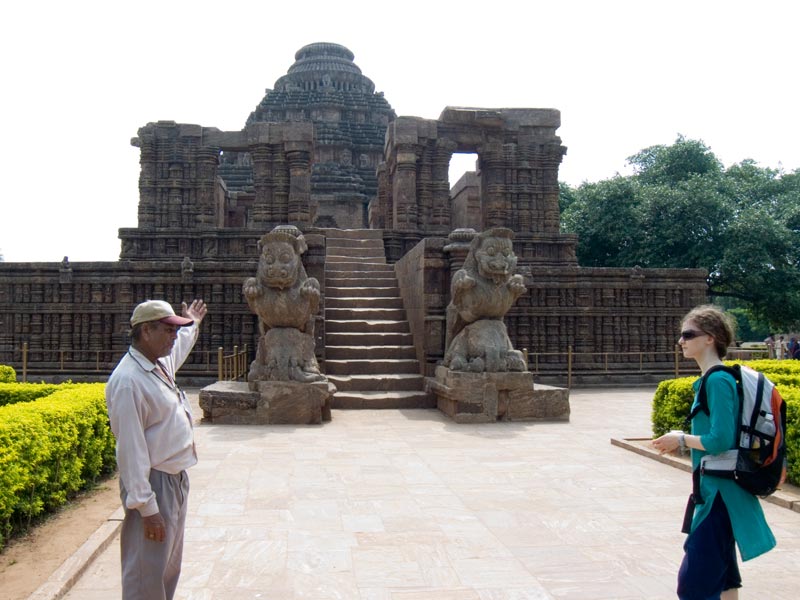 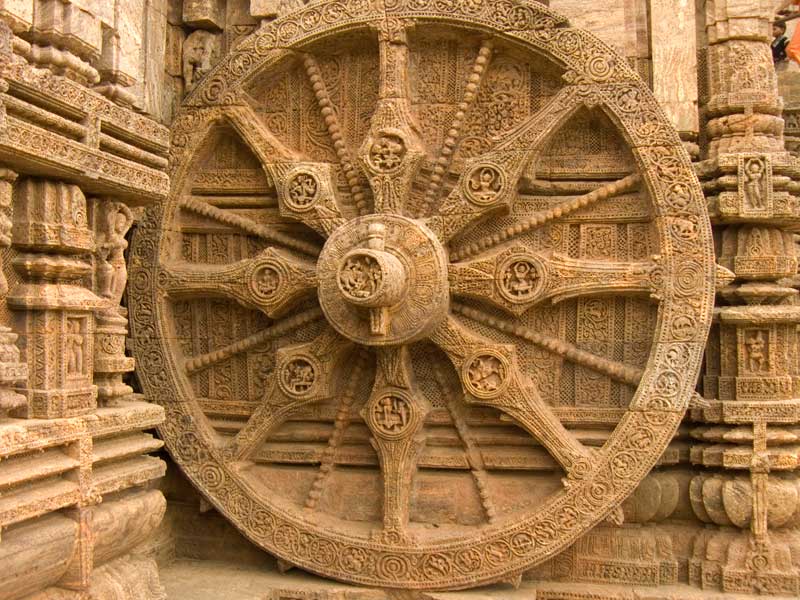 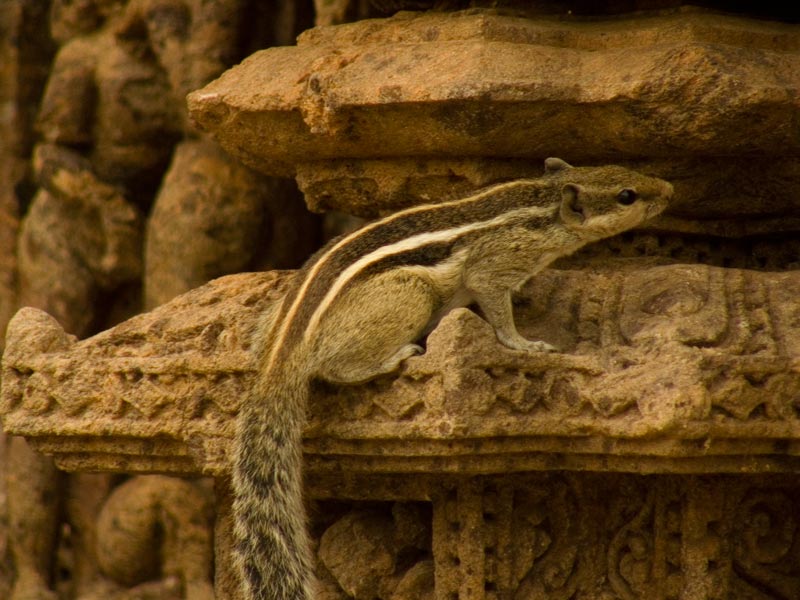 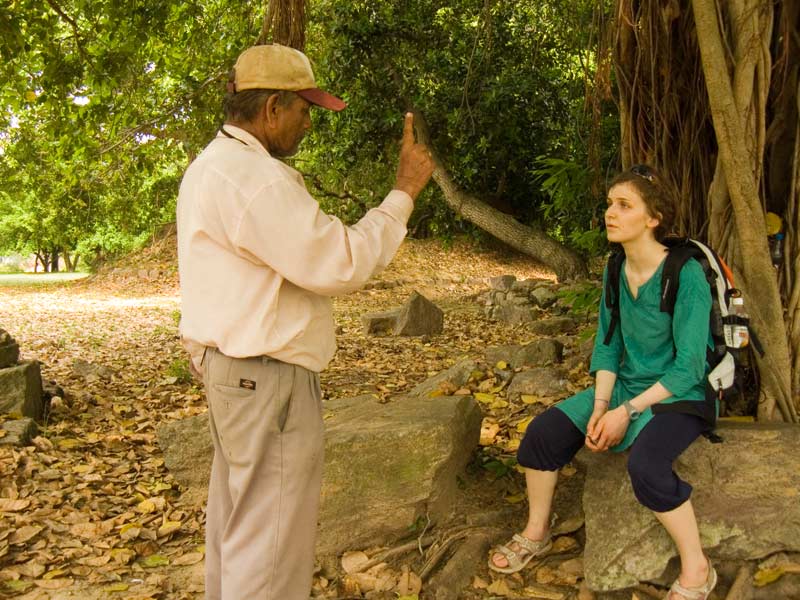 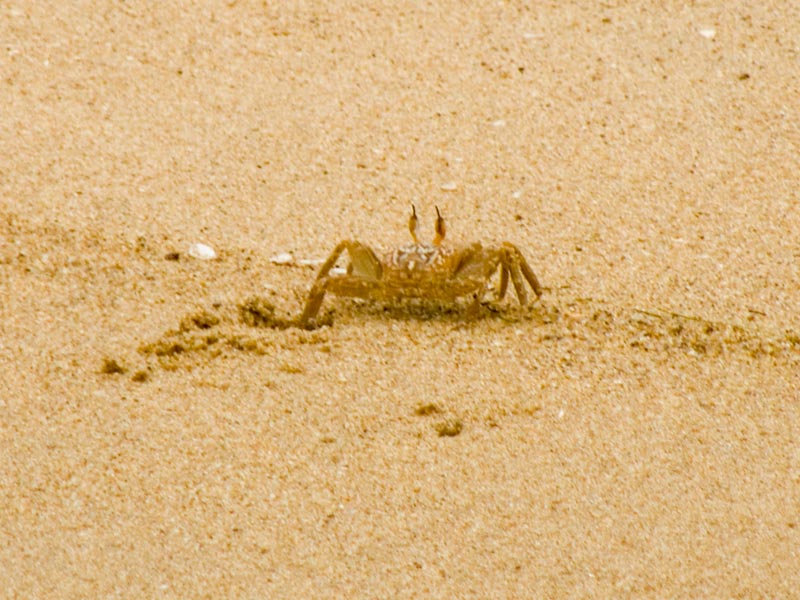 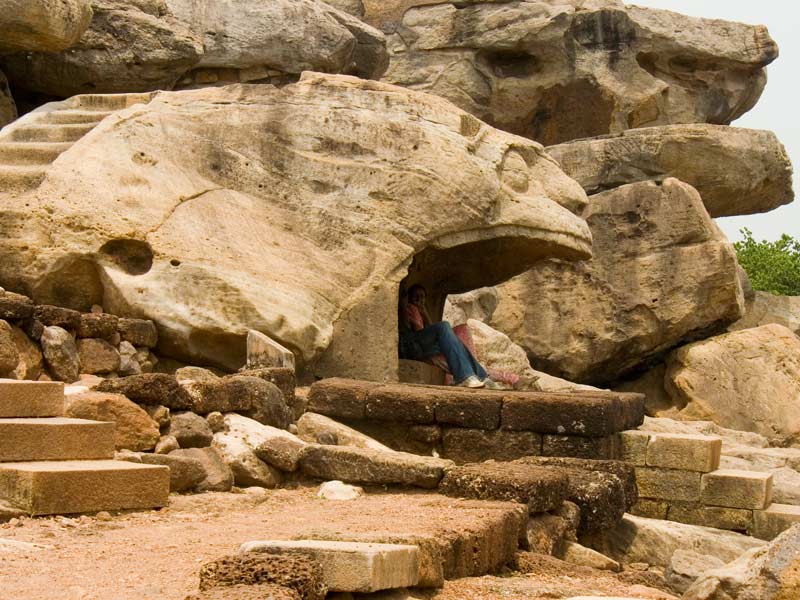 For dinner we had been invited (for a small fee) to eat fresh seafood with a local fisherman and his wife and we got an insight into how they live. The fishing village in Puri was one of the places devastated by the tsunami a couple of years ago and as a result a lot of the houses now have a water pump, concrete walls and electricity. They cooked us mackerel, tiger prawns and crab with some boiled potatoes but sat and watched while we ate. Talking to them we discovered that there were 4 generations of the family living in the small one room house, this family appeared quite rich as they had a bed and a couple of other items of furniture. Sleeping appeared to be wherever they felt like it.

The next day we hired a scooter and headed to Konark with Ellie who we met at the hotel to take a look at the Sun temple which dates from around the 13th century. Once there we hired a guide who spent the entire time talking to Ellie and trying to take photos of her on top of that we were followed almost continually by Indians watching our every move and trying to listen to our guide. The temple is impressive; all around the outside are carved images from the Karma Sutra and a number of sundials.

The third day was a lazy one, we went down to the beach with a bunch of French people, but the waves were higher than the rapids in Nepal, so we didn’t go swimming.

Finally we stopped off in Bhubaneswar on the way back to Kolkata to visit the Jain caves, the caves were dug out in the 1st century BC as sleeping quarters for the Jain monks. It was so hot at the caves though that we left after about an hour in search of air conditioning.

Rosko recommends: This place has a lot to recommend it, having dinner with a local fisherman is an eye opening experience but you have to put up with a lot of sales pitch. The Sun temple at Konark is also worth a visit as is the empty beach you can pass on the way.

Food of the stay: It’s gotta be the fish, nothing to beat it.