I flew out to Hobart on Sunday 7th March and arrived in beautiful sunshine and spent the afternoon wandering around the harbour. About the most interesting thing about Hobart was that the ships the Bob Barker and l?Astrolabe were in town after a stint stopping whale hunts and resupplying French Antarctica survey stations respectively.
The next day, it rained so I went out to get a tent and plan my trip only to find that it was also a bank holiday that hadn’t been noted in my diary. I later discovered that it was celebrating ‘8 Hour day’ and Tasmania is the only state that celebrates it (who else would celebrate a reduction in working hours with a bank holiday?).
Day 2: I bought my tent, hired a car and headed out to Bruny Island, which I had been told was particularly beautiful. I arrived just as it clouded over and started to rain again. It blew a gale and rained for the rest of the night (the tent didn’t leak).
Day 3: It was still raining when I woke up so I packed up my tent in the wet and drove around some of the island jumping out of the car whenever there was a break in the rain. I had lunch and managed a short walk on the beach before the rain came back again so I decided to head to Derwent Bridge. I drove most of the rest of the day with the sky’s clearing as I headed north. At it was dark when I reached Watayinah so I stopped at a campsite there, where I saw my first possums and met the vegemites (veterans exercise group each member … I forget the rest) a bunch of Vietnam vets who had grouped together to help each other after the war.
Day 4: Finally clear skies. I had a short stop at the wall and was off into the National Park at Derwent Bridge. I camped after a 2 hour hike at Shadow Lake and then walked back down the next morning.
Day 5: I stopped for lunch in Queenstown which was disappointing; Queenstown’s main attraction is that the whole area has been dug up by the mining industry. I Then drove on to Strahan which is the expensive holiday resort for Tasmania and found an inexpensive campsite on the golf course (best use of a green I can think of).
Day 6: I visited the gates of hell before breakfast and then drove on to Roseberry for lunch and visited the Montezuna falls before camping in Waratah where they have a lake with platypus.
Day 7: I drove to Burnie for breakfast, didn’t like the look of it and drove along the coast to Penguin instead, which is a lovely little place with cafe’s facing the beach (the drive is worth it as well). Then headed on to Devonport to organise my ferry to Melbourne.
Day 8: I spent the morning at Hawley House, it has a bathtub on the roof, and beach then drove to Mole creek to see the Marakoopa caves. Finally heading over the great lake highway in the evening and spending the night camping in Bothwell.
Day 9: I returned the car to Hobart and a quick trip up Mount Wellington for the view of the city and then sorting out my bus to Devonport. After the rain on the first three days it had been clear skies all the way. 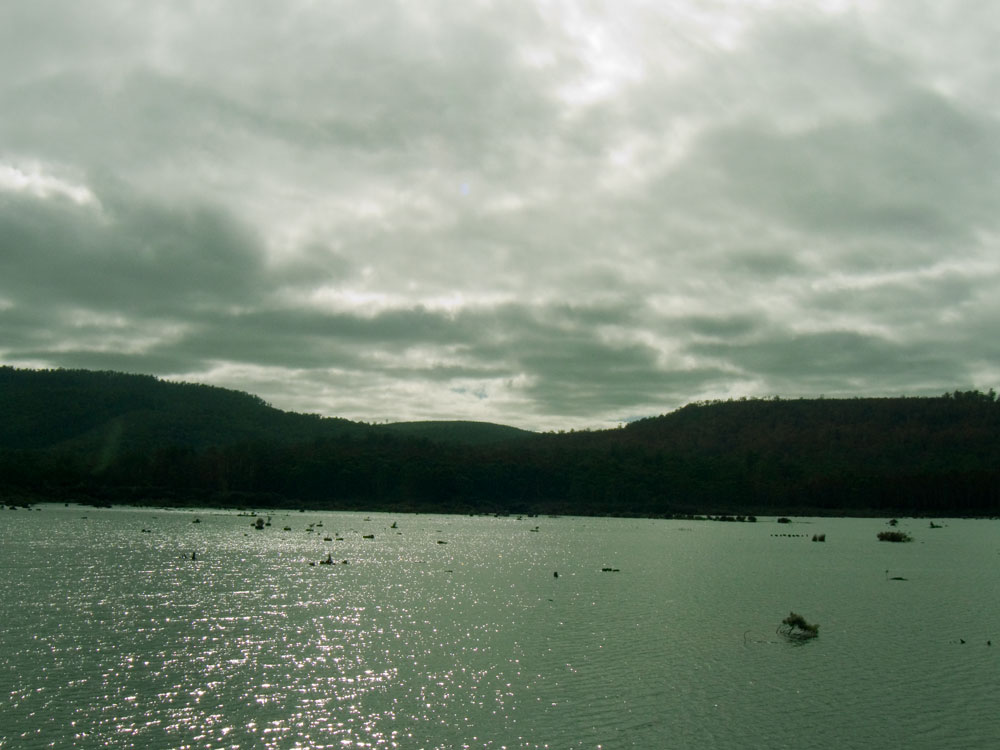 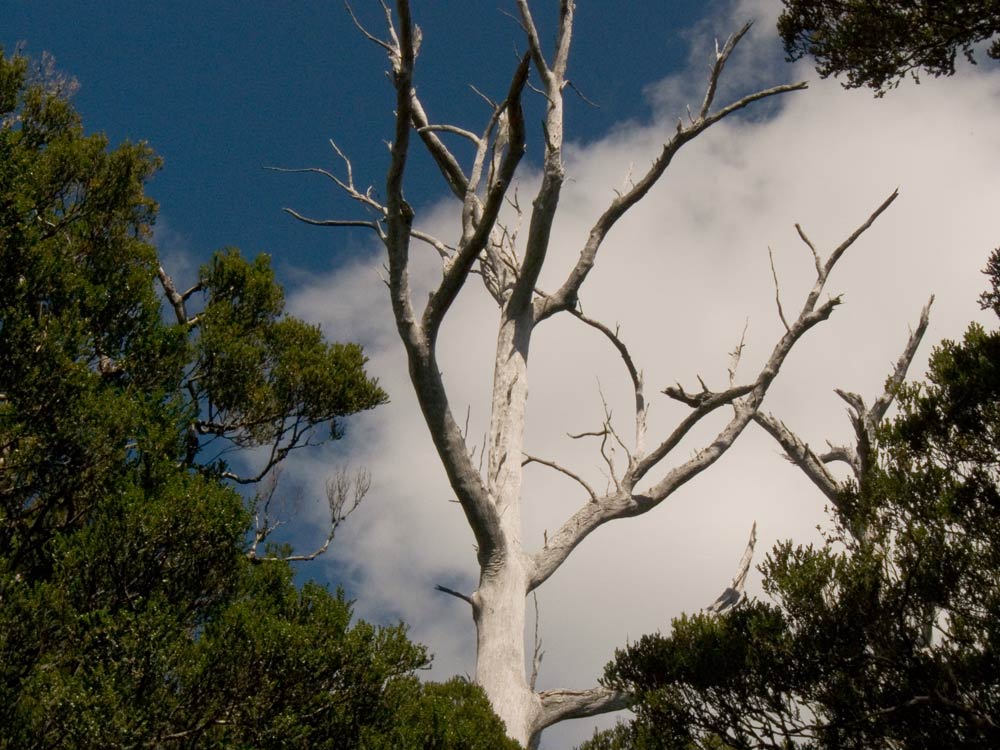 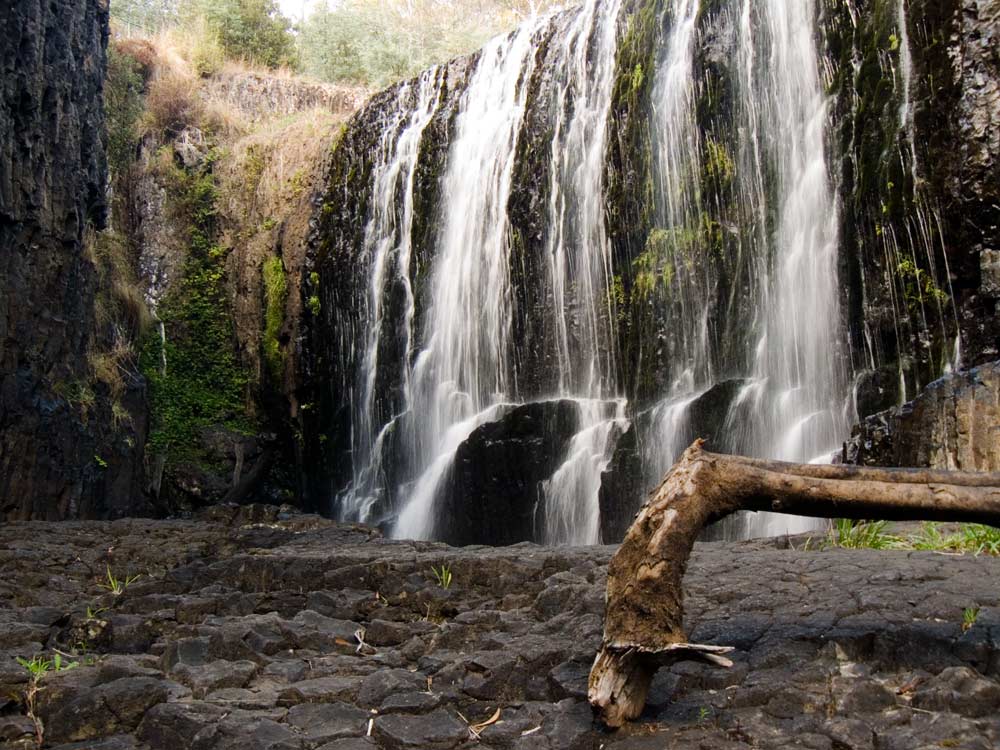 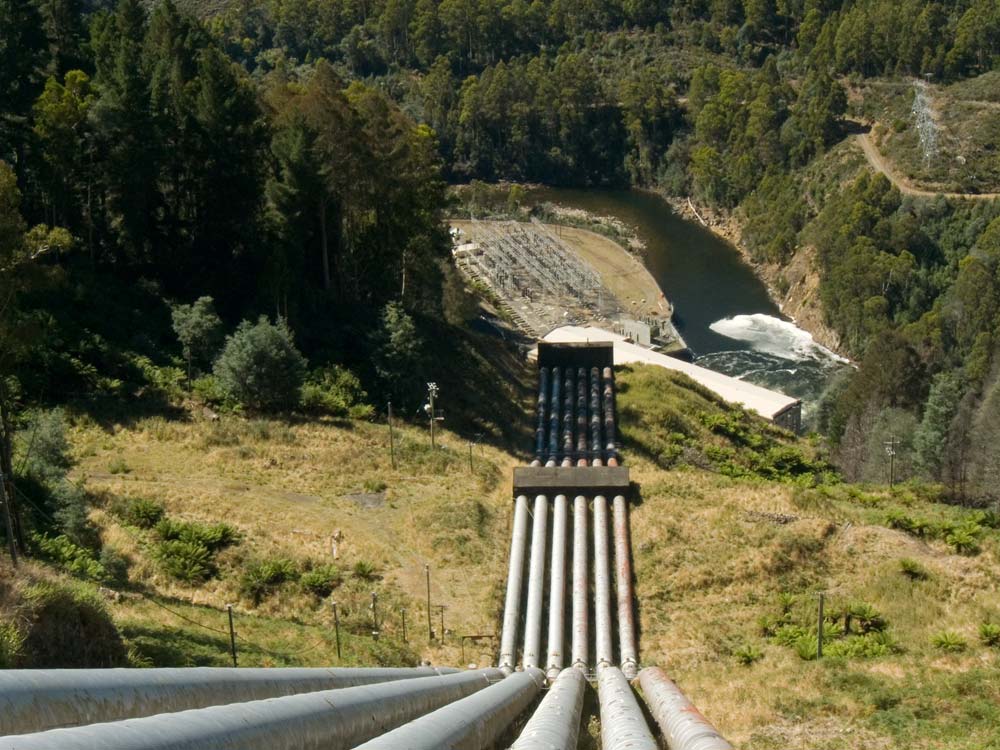 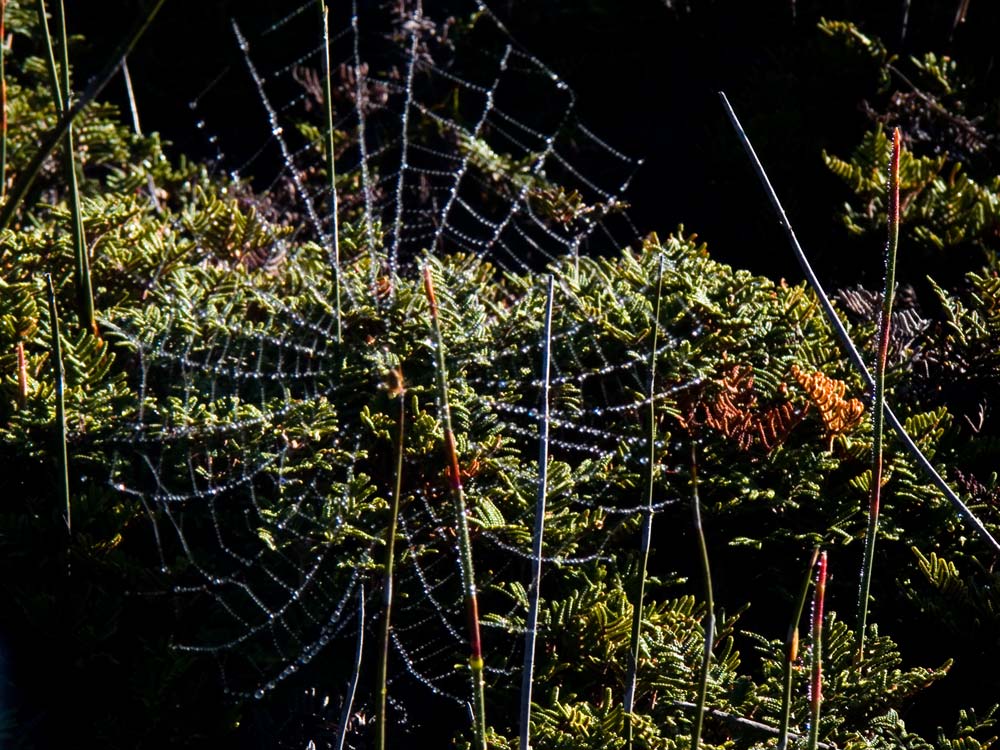 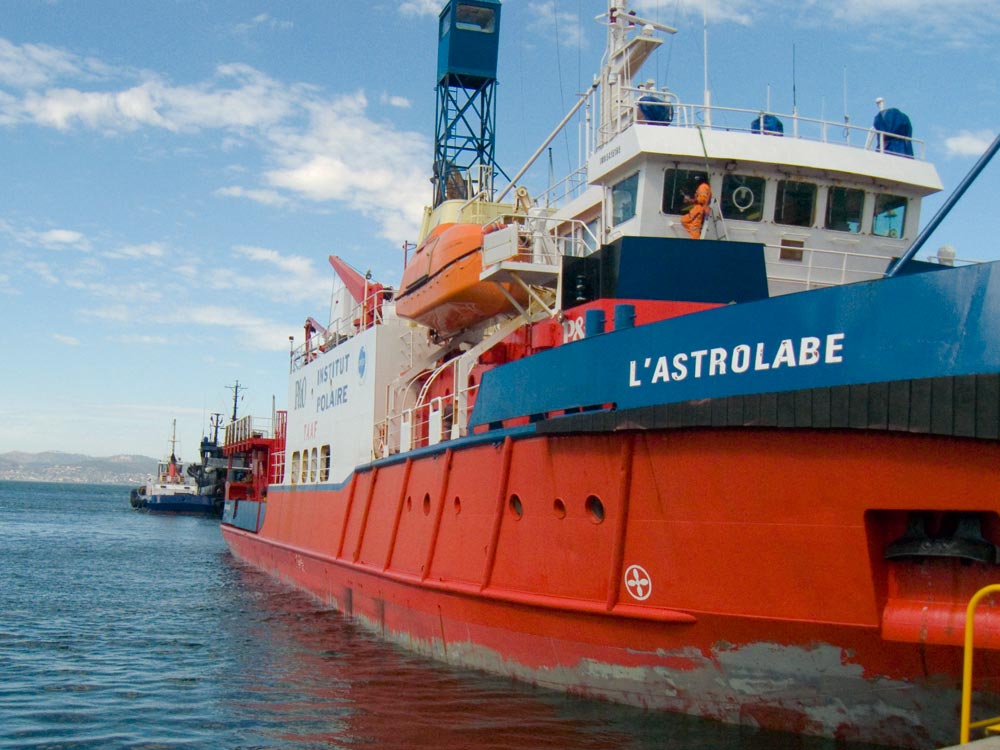 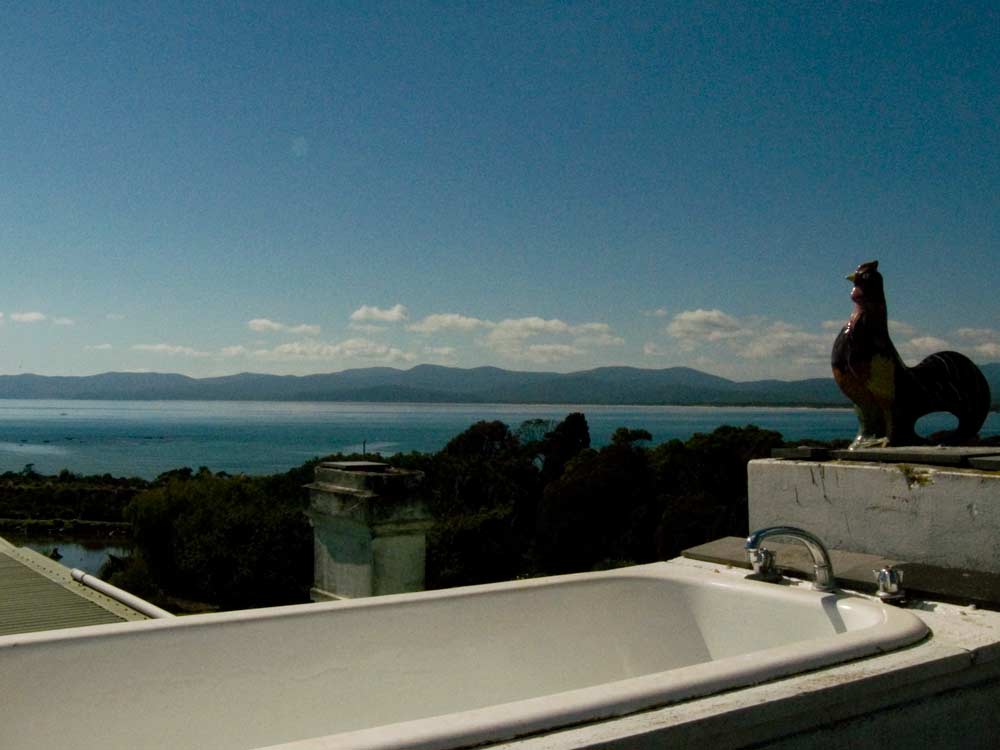 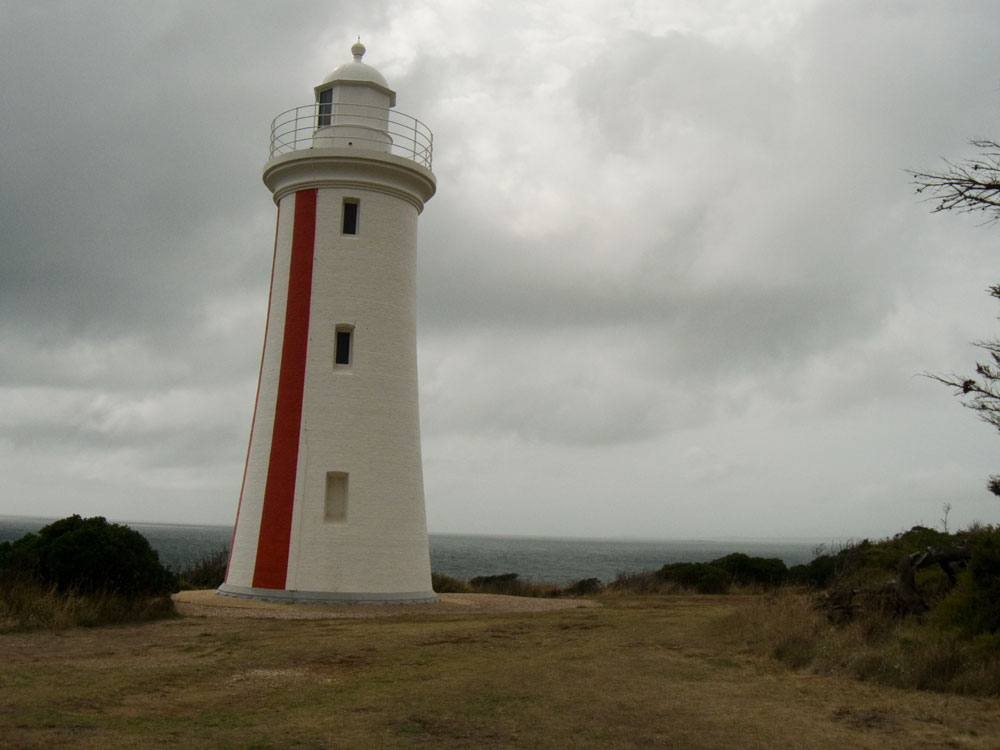 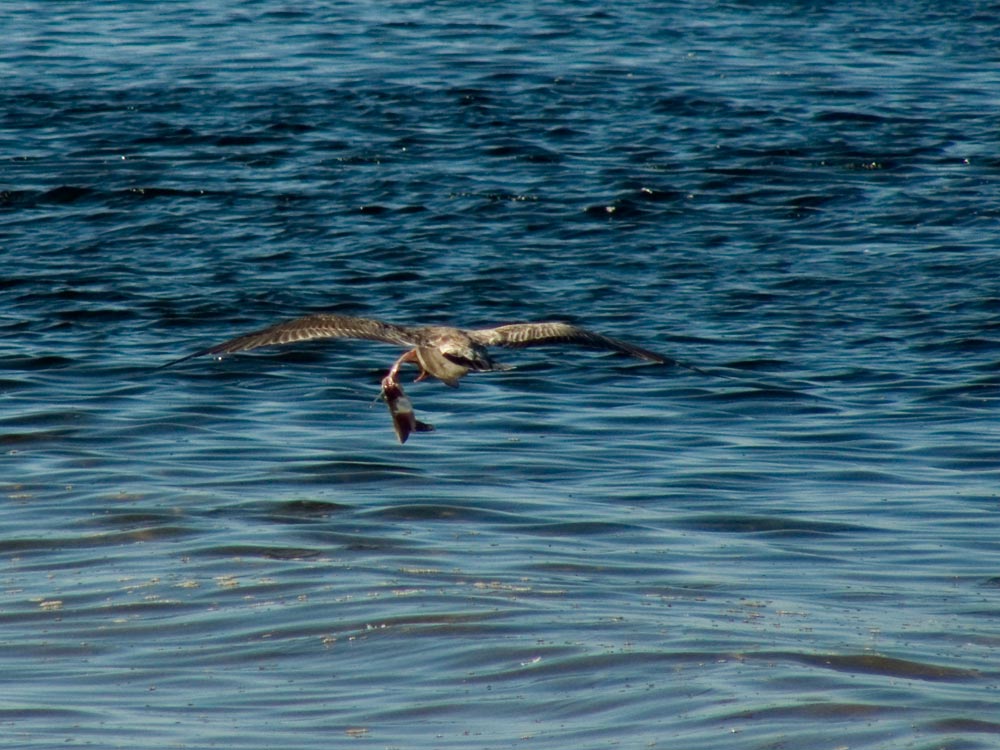 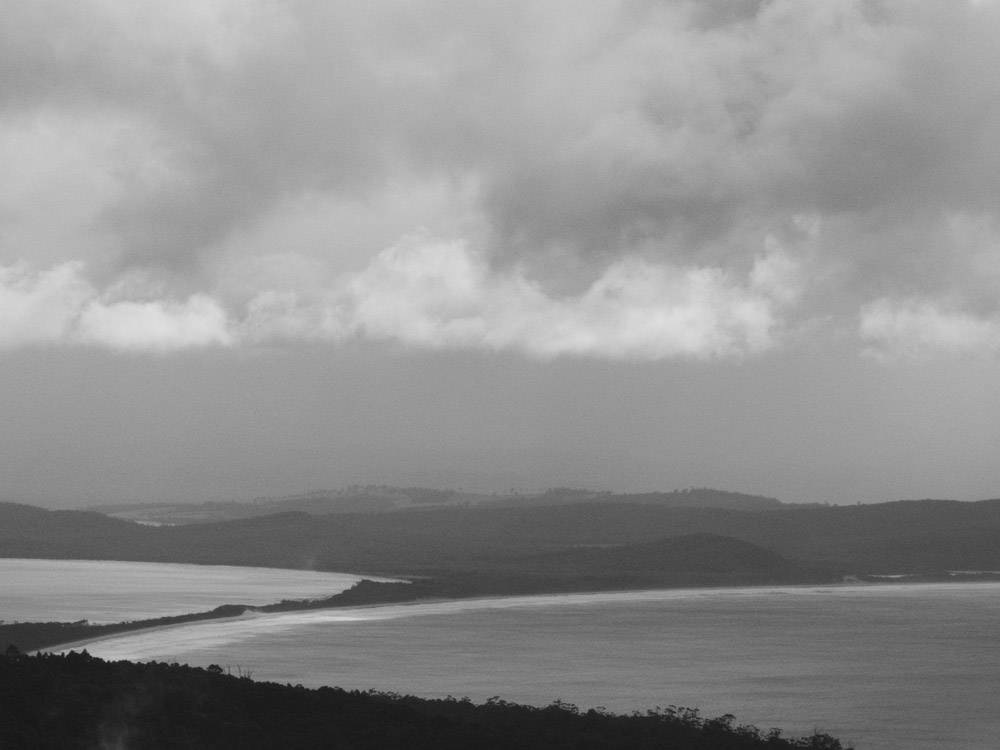 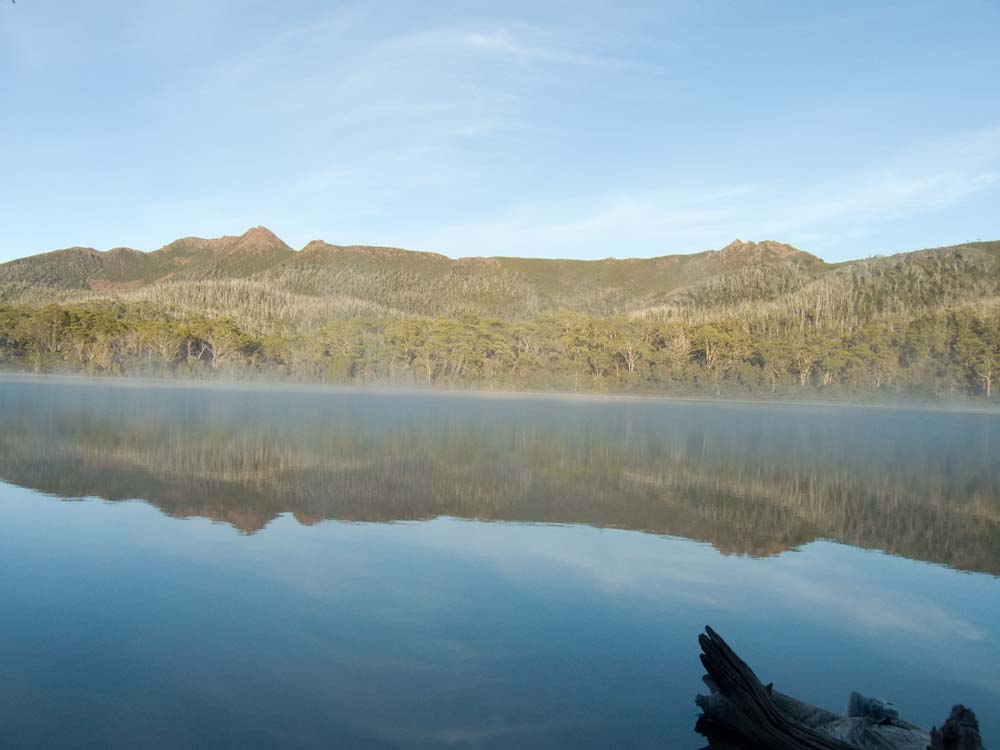 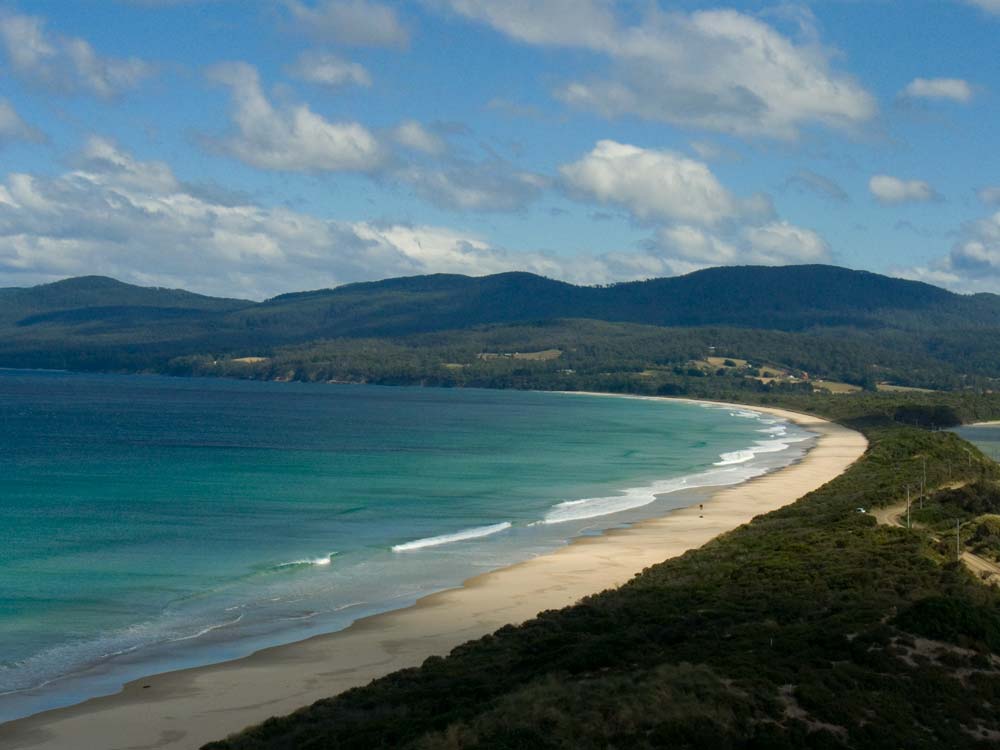 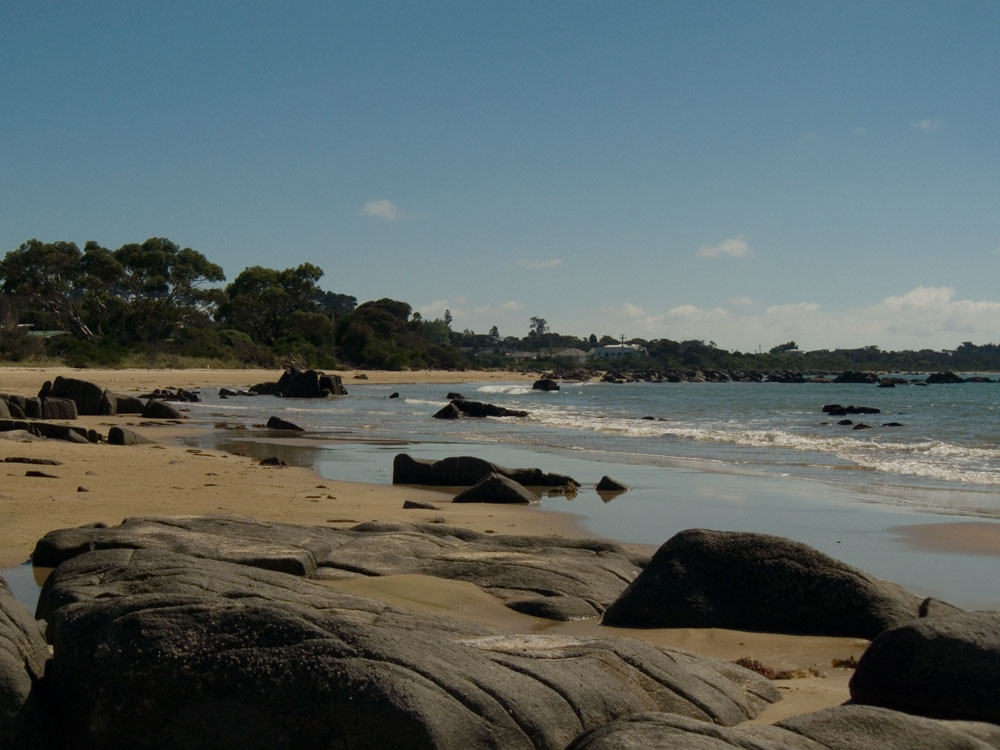 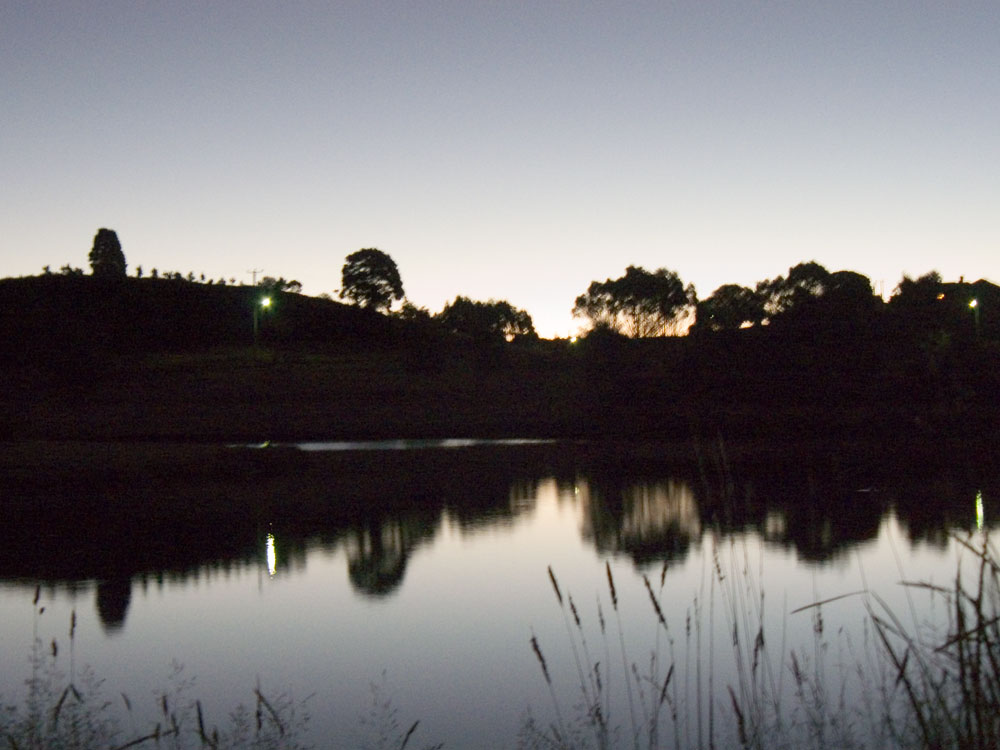 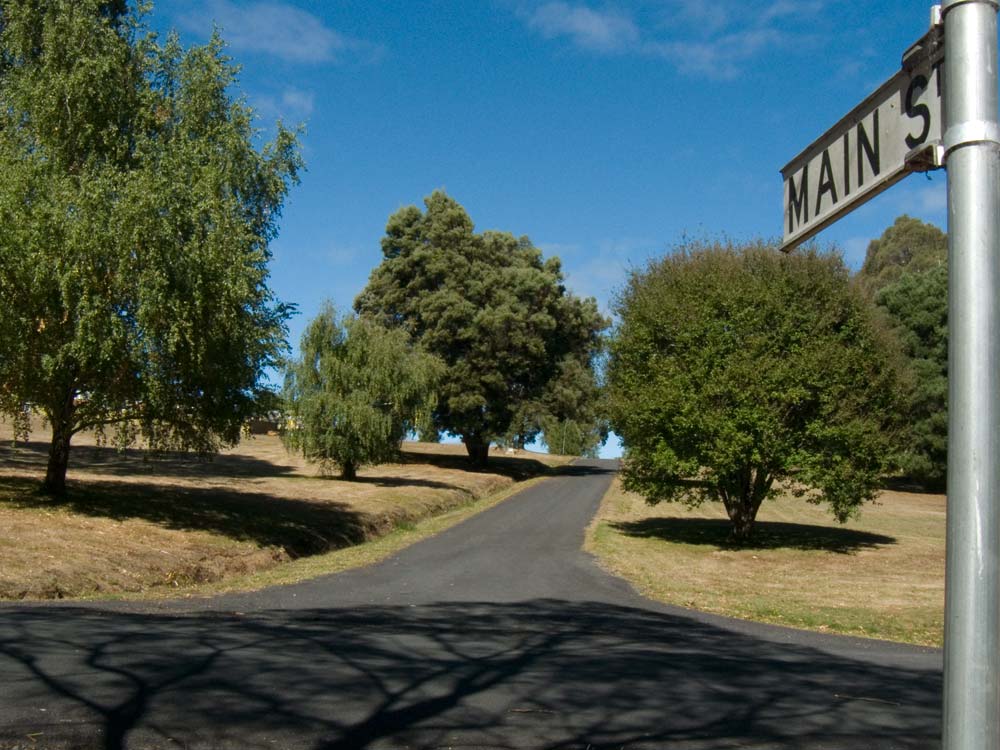 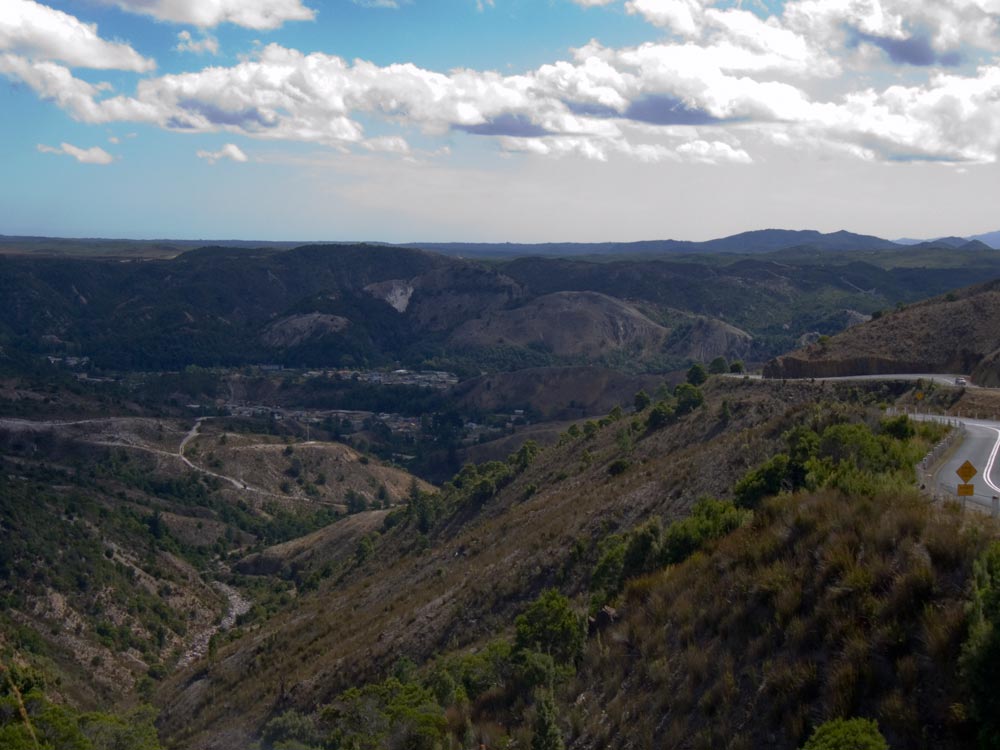 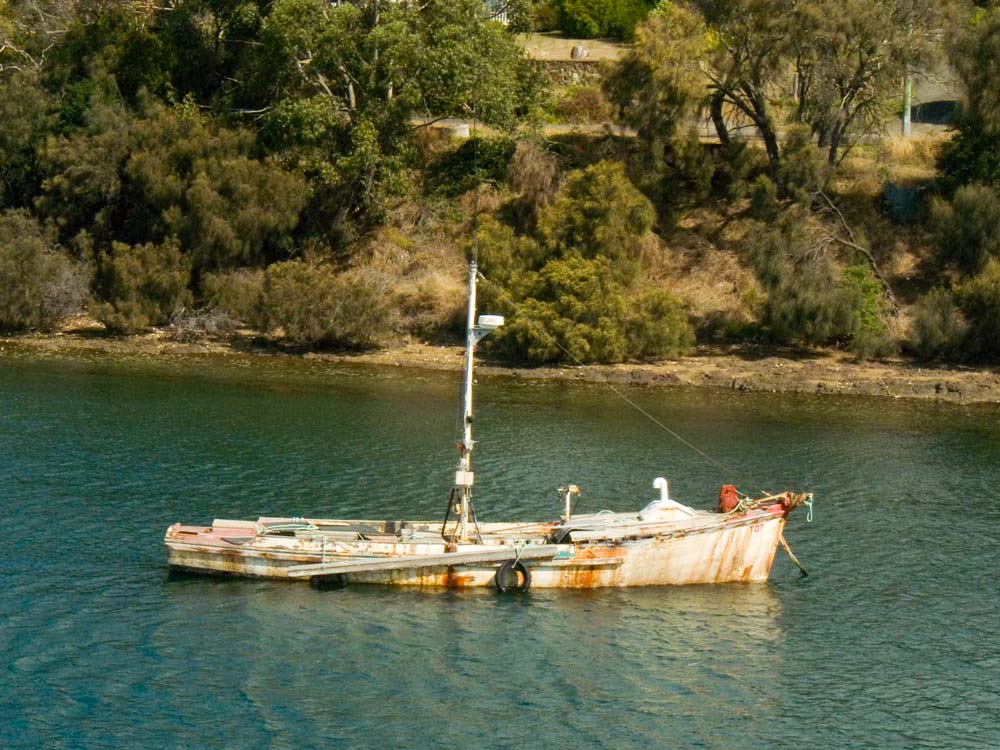 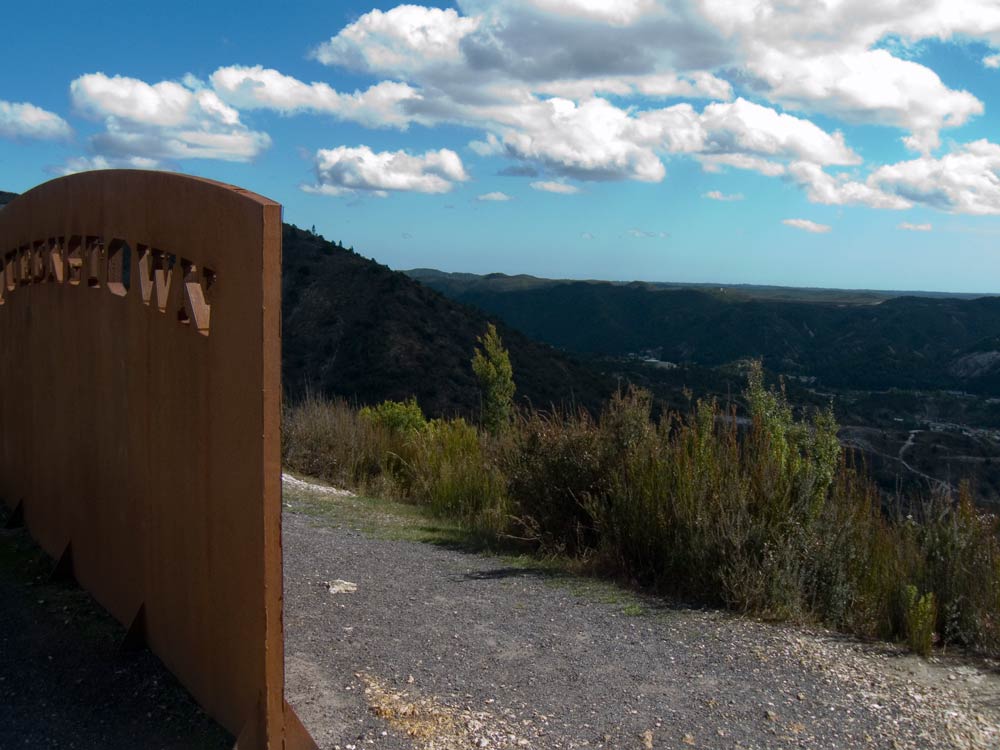 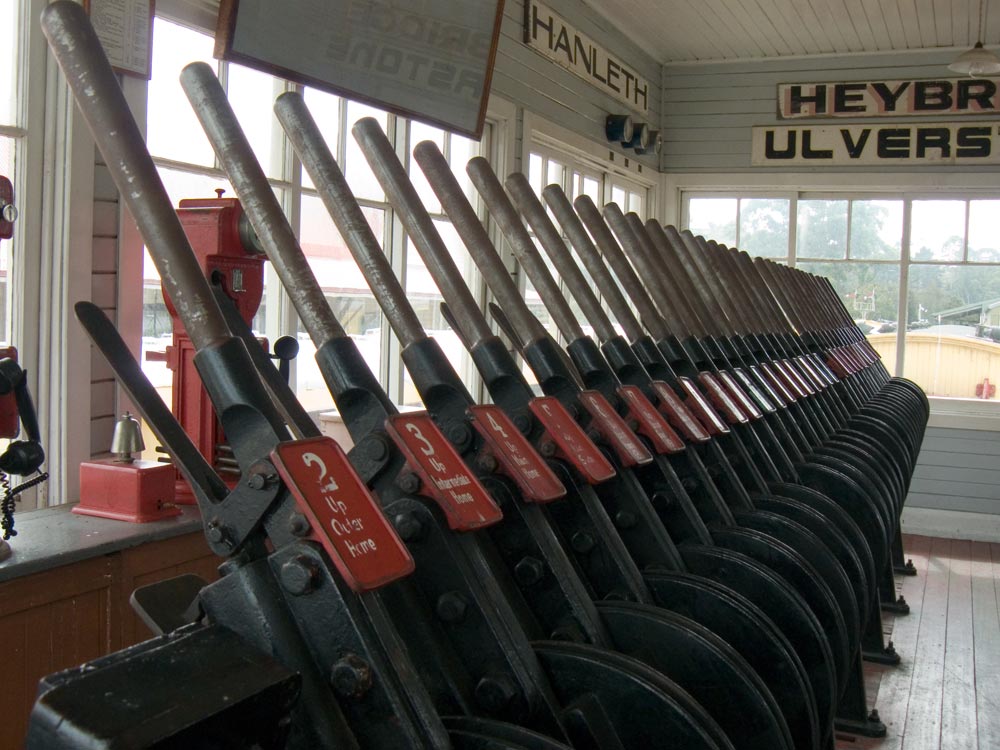 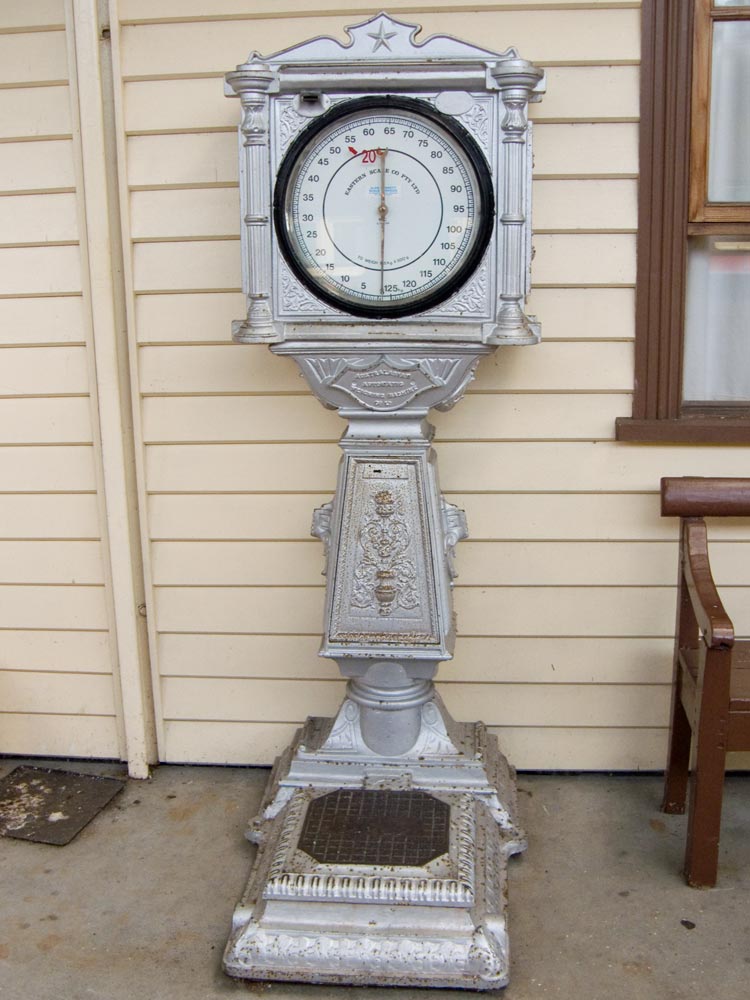 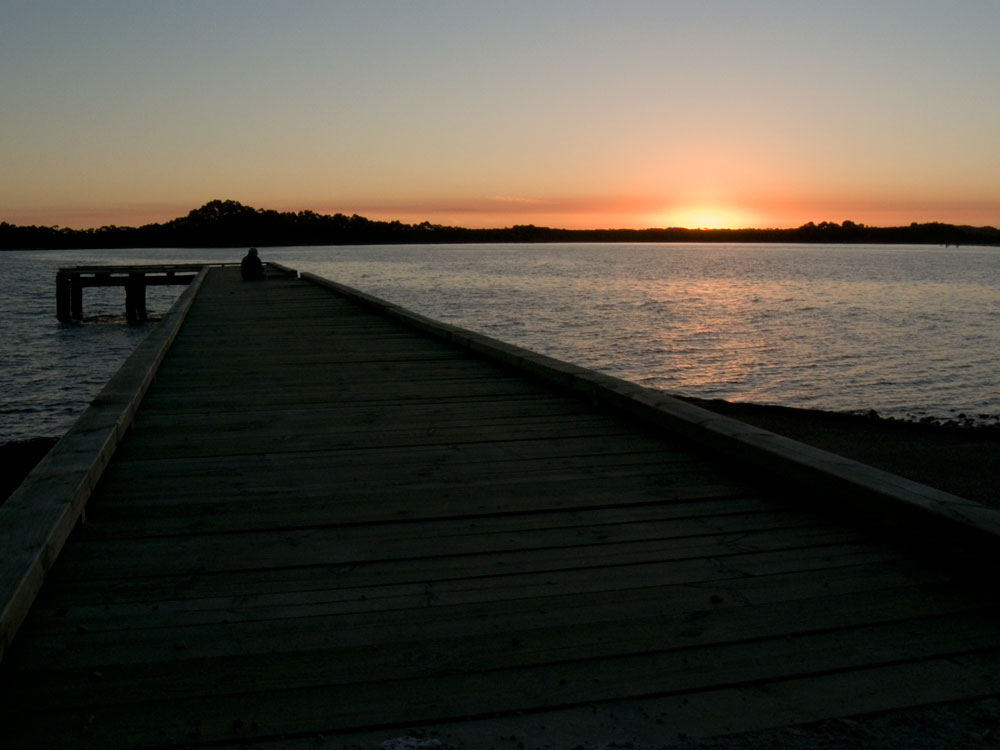 The next day I had a lazy day in Devonport, took the ferry across the Mersey and then the Spirit of Tasmania to Melbourne.

Food of the stay: Considering the amount of salmon and trout around Tasmania it is surprising that there aren’t better restaurants, I did find good fish and chips in Strahan though.

Rosko recommends: Tasmania generally, but take 2 weeks and you definitely need to drive