My visit to Polokwane was a quick affair, the bus left from Johannesburg Airport at 1 o’clock, we got there in time for the second half of the South Africa v France game; we would have been there in time for the start but our bus driver couldn’t find the stadium. We watched South Africa crash out of the world cup in the fan park outside the stadium before heading in to watch Argentina and Greece.

The stadium itself was pretty cool, but hadn’t been finished in time for the world cup; something we all realised when it started to rain and huge parts of the stadium got soaked. 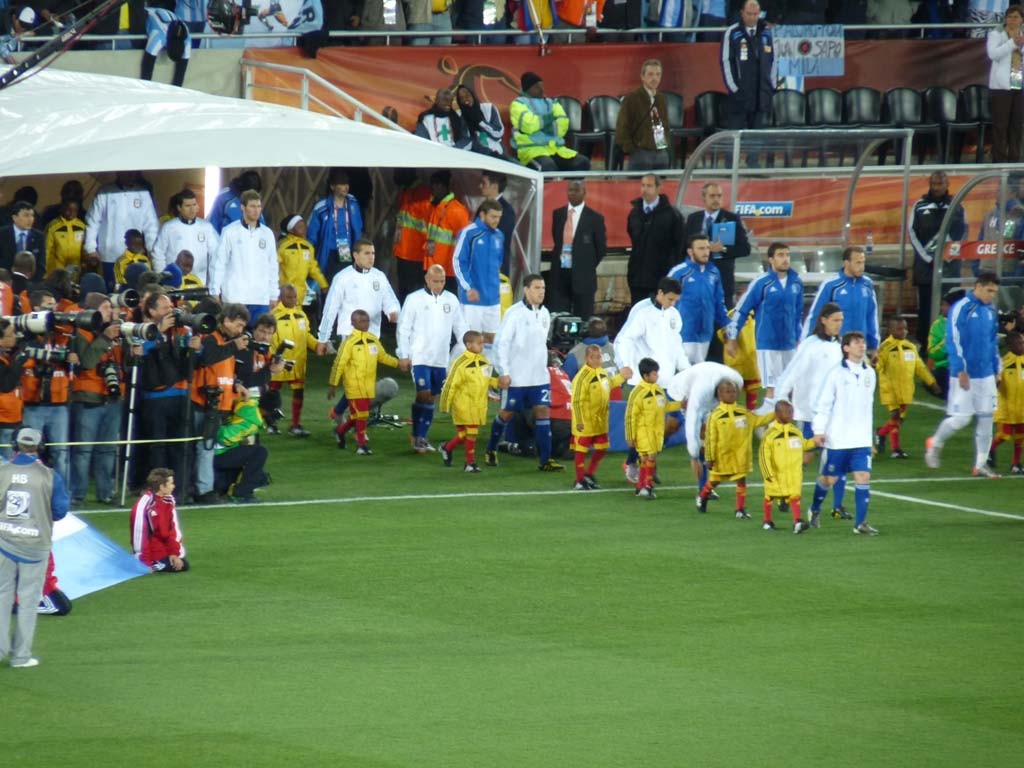 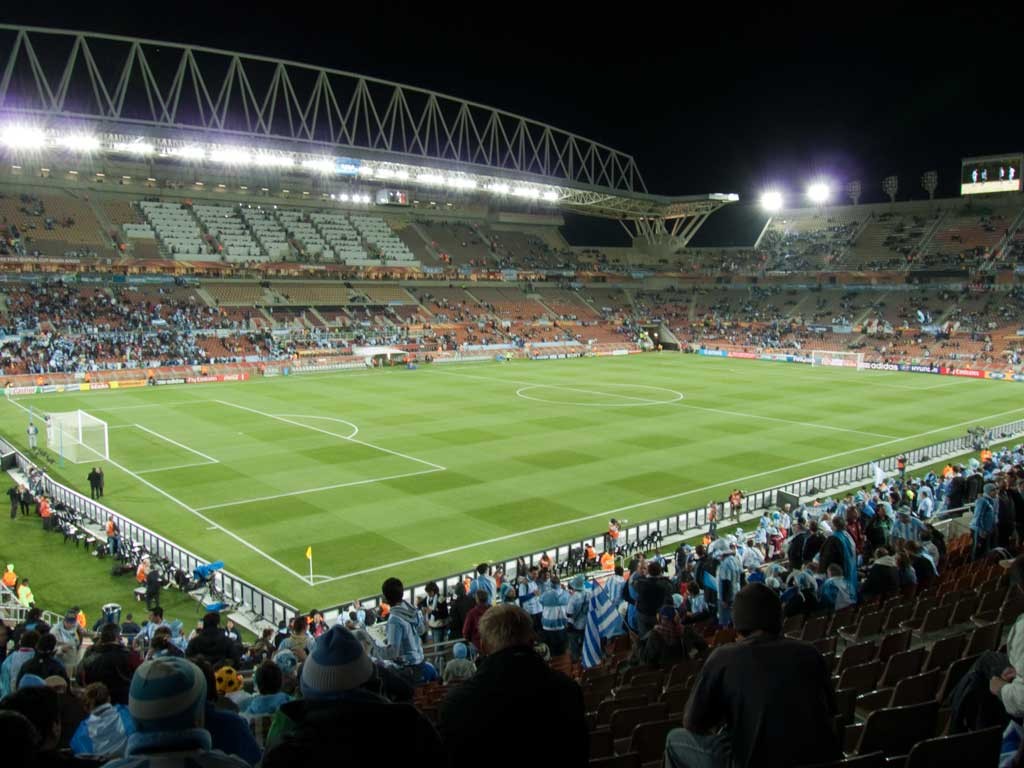 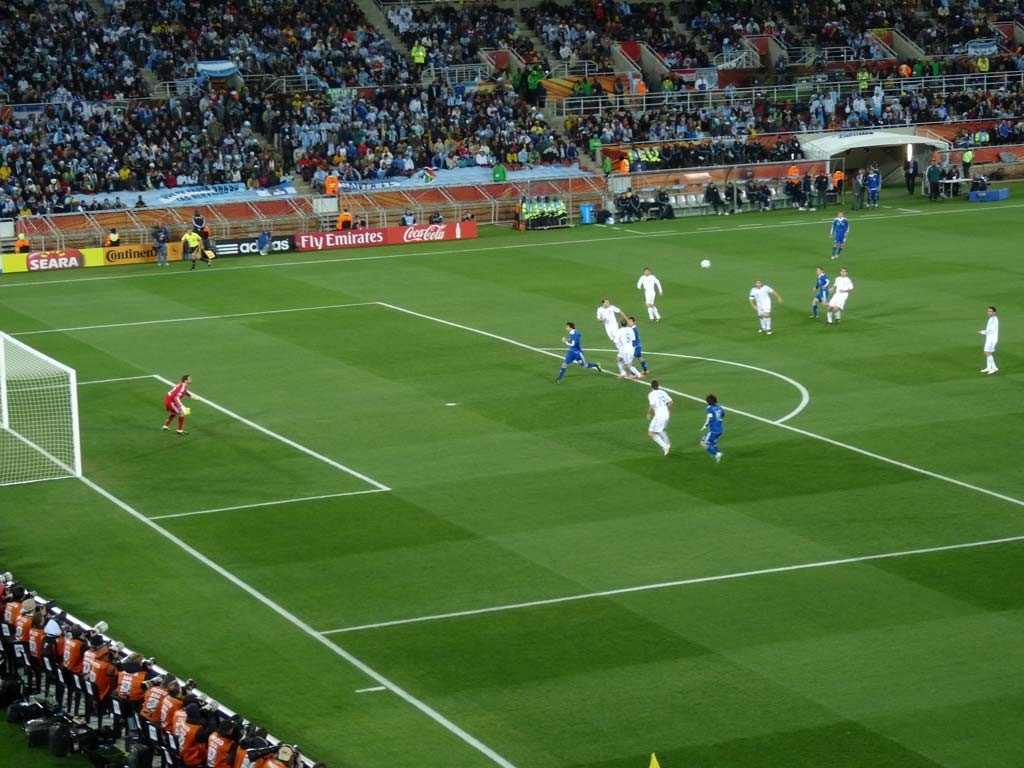 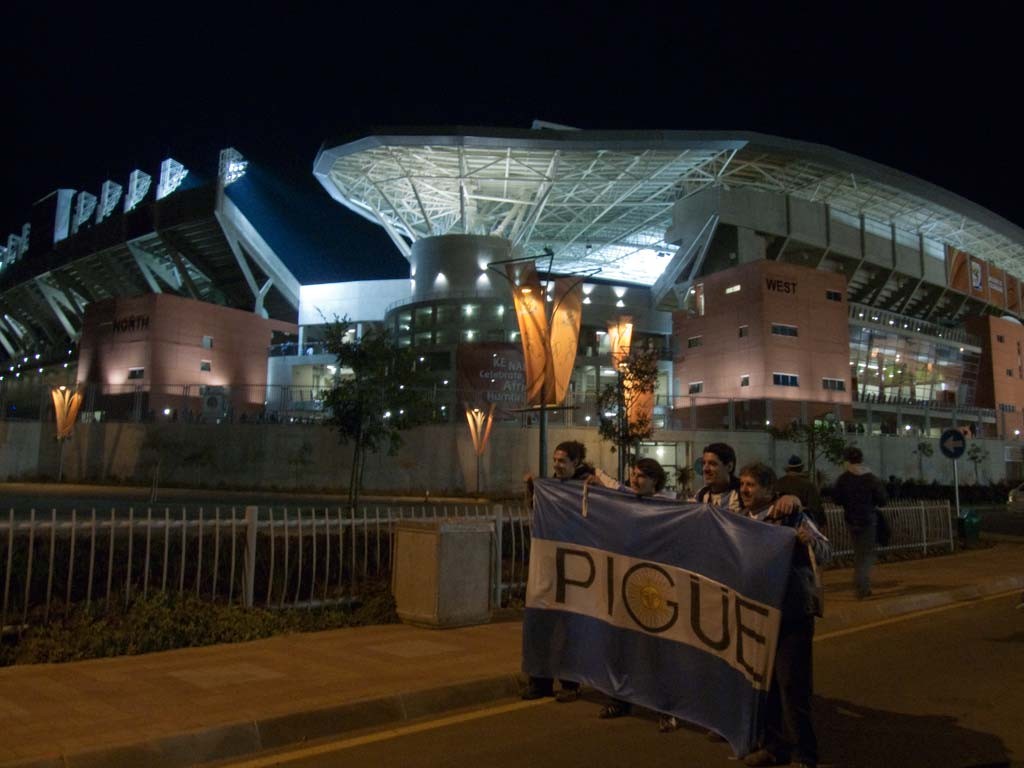 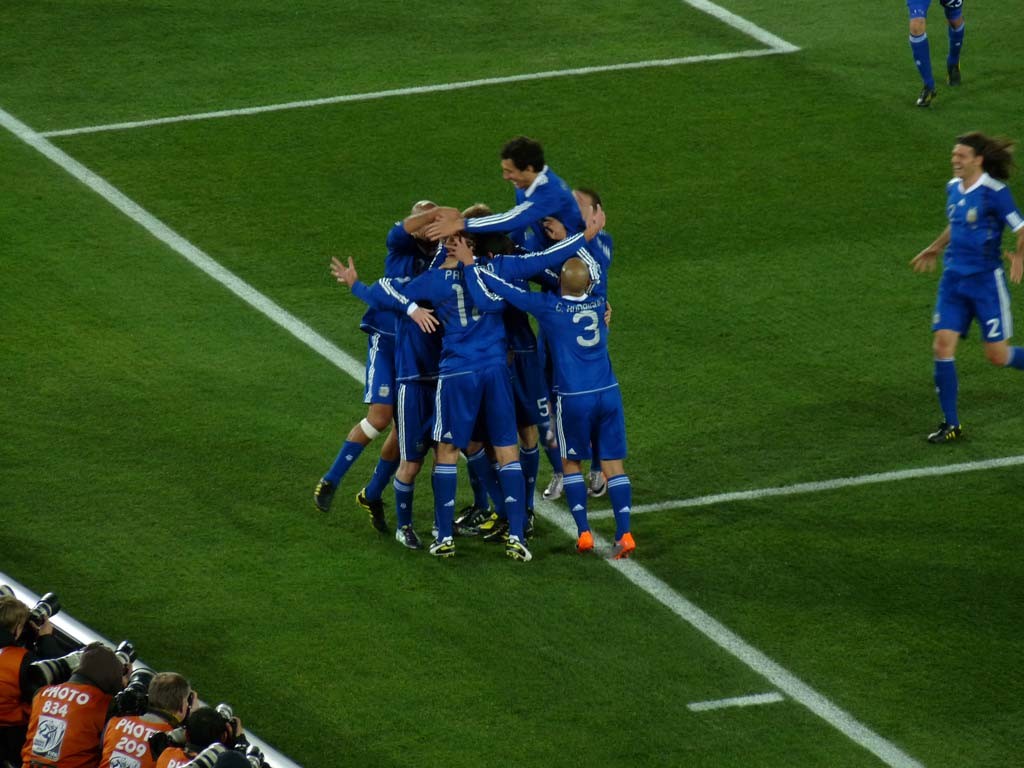 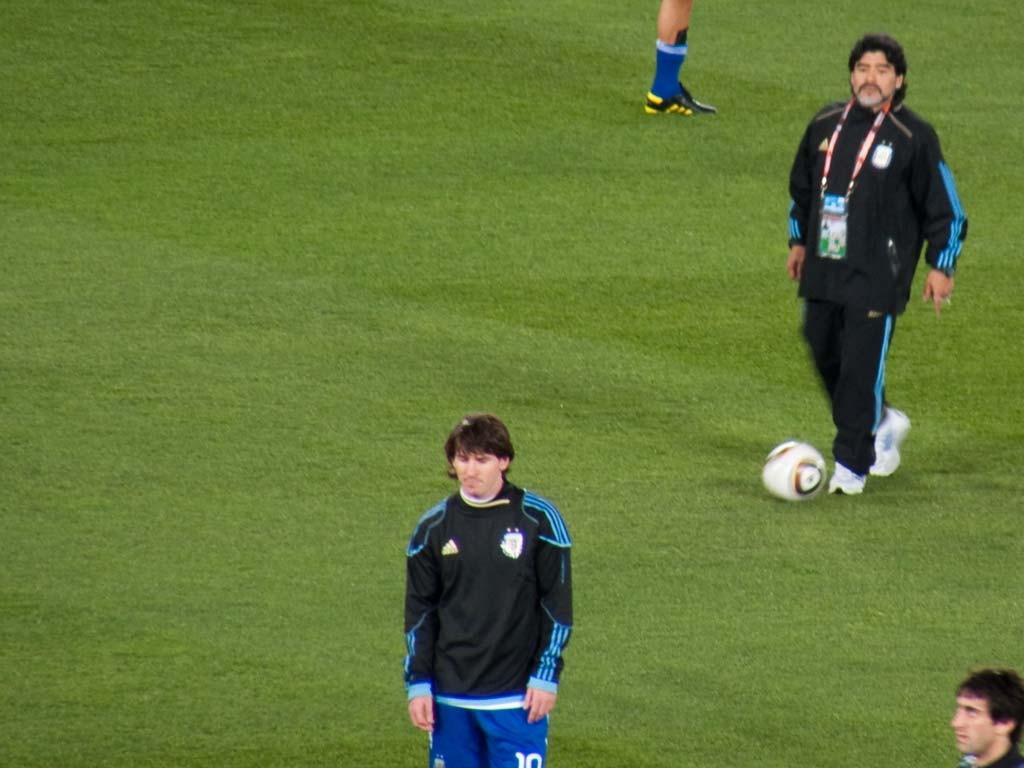 Argentina had already qualified so it wasn’t the exciting game I had hoped for. Still Messi was playing so it wasn’t a complete loss either and I got the chance to see Maradona swanning around the place like he owned it.

After the game the bus took us back to the airport where I had 6 hours to kill before my flight to Port Elizabeth. It gave me plenty of time to pick up a ticket for the England game against Slovenia that day.