In an effort to get a second (or third) week of skiing in before all the snow in the Alps melted me an Phil set off to Alpe d’Huez; which, with a peak of 3330 metres should have been high enough to be skiable to the end of April. Prior to leaving, i had been looking with trepidation at the snow reports as there had been little snow forecast and it was getting warm. 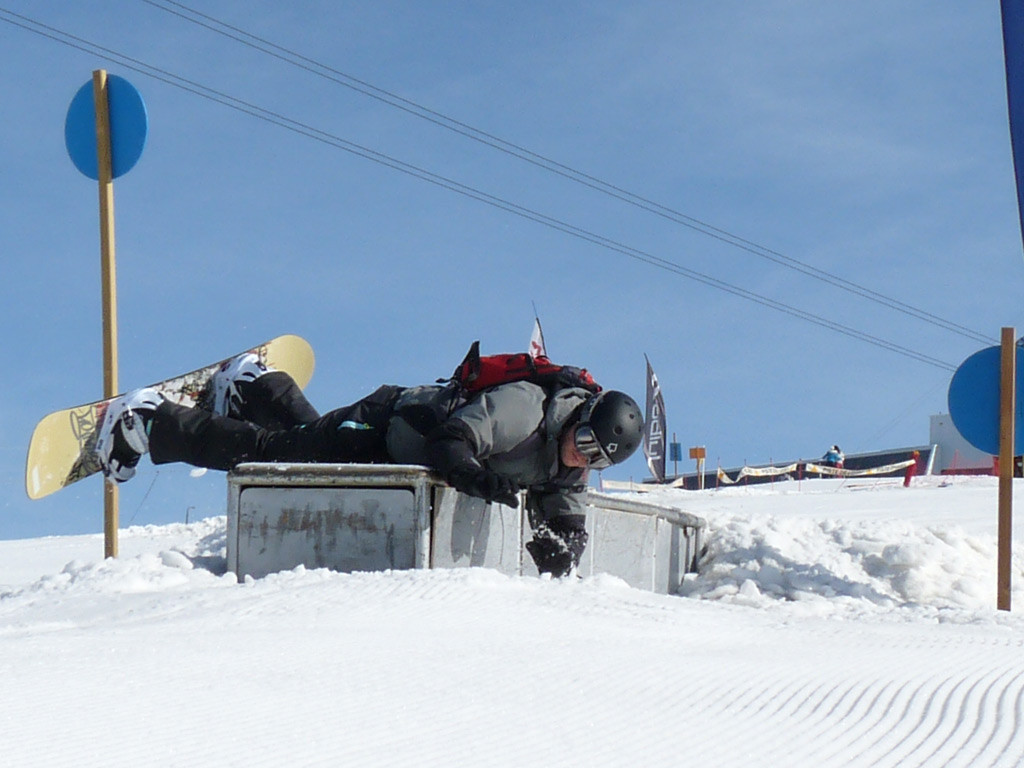 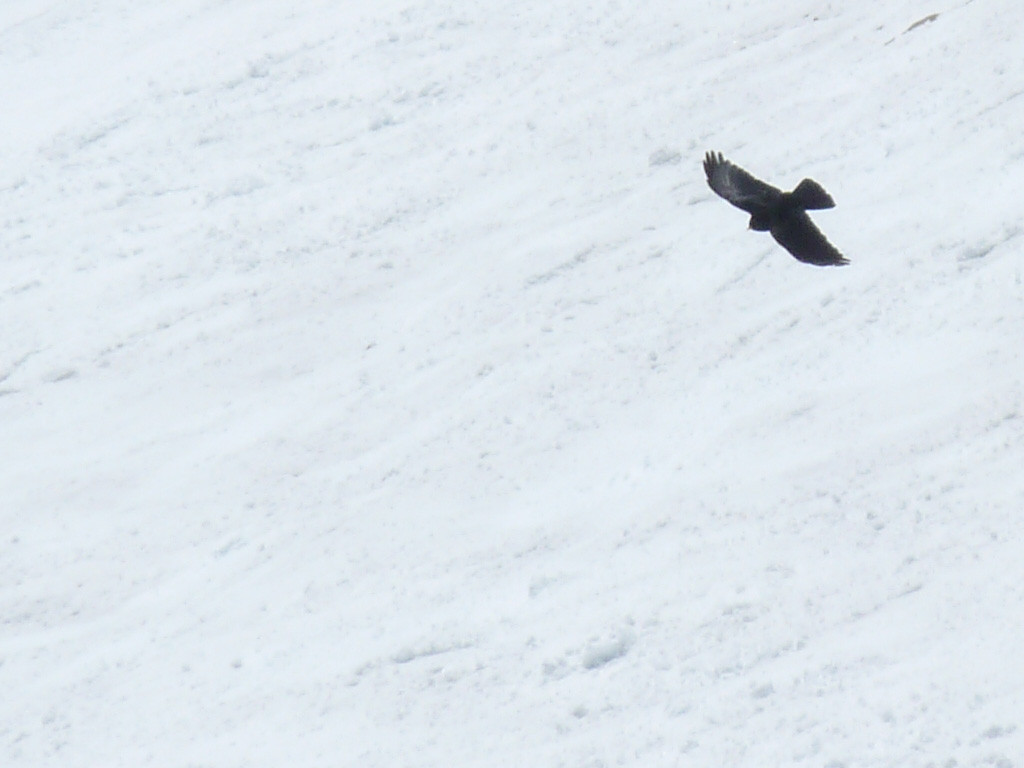 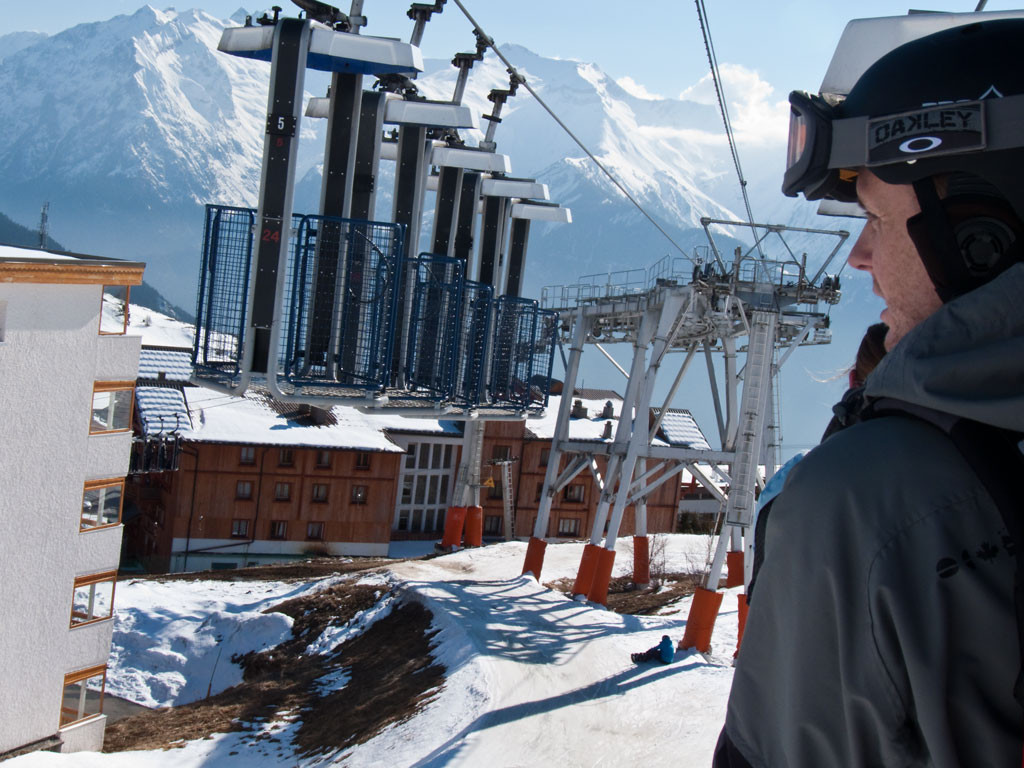 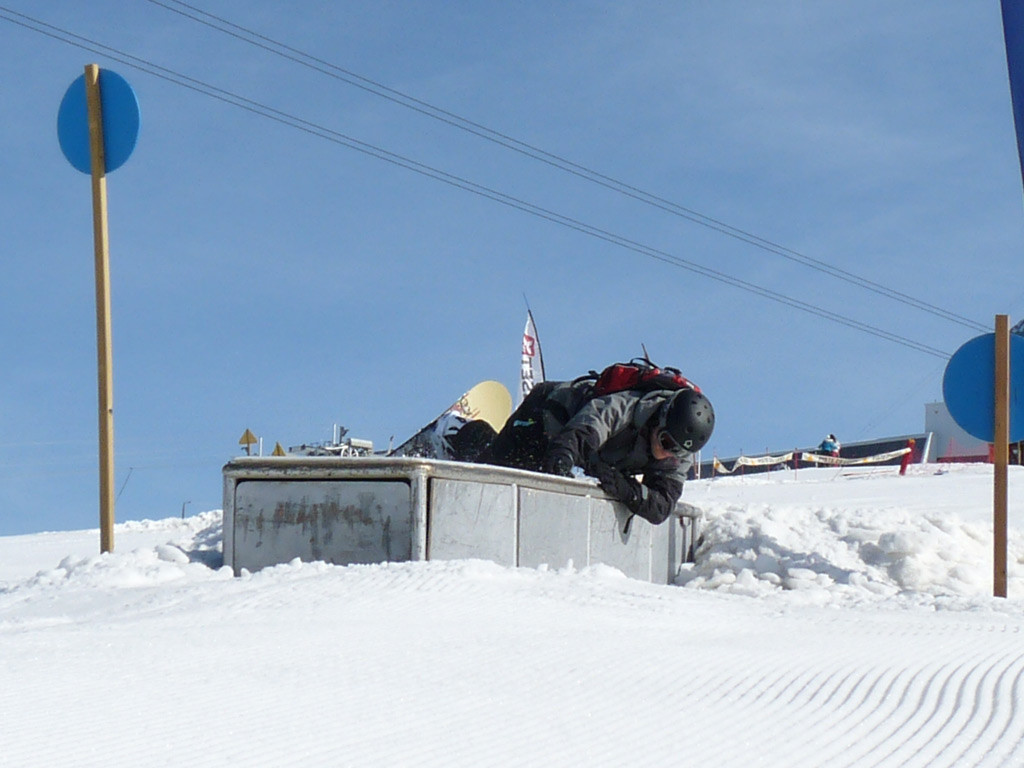 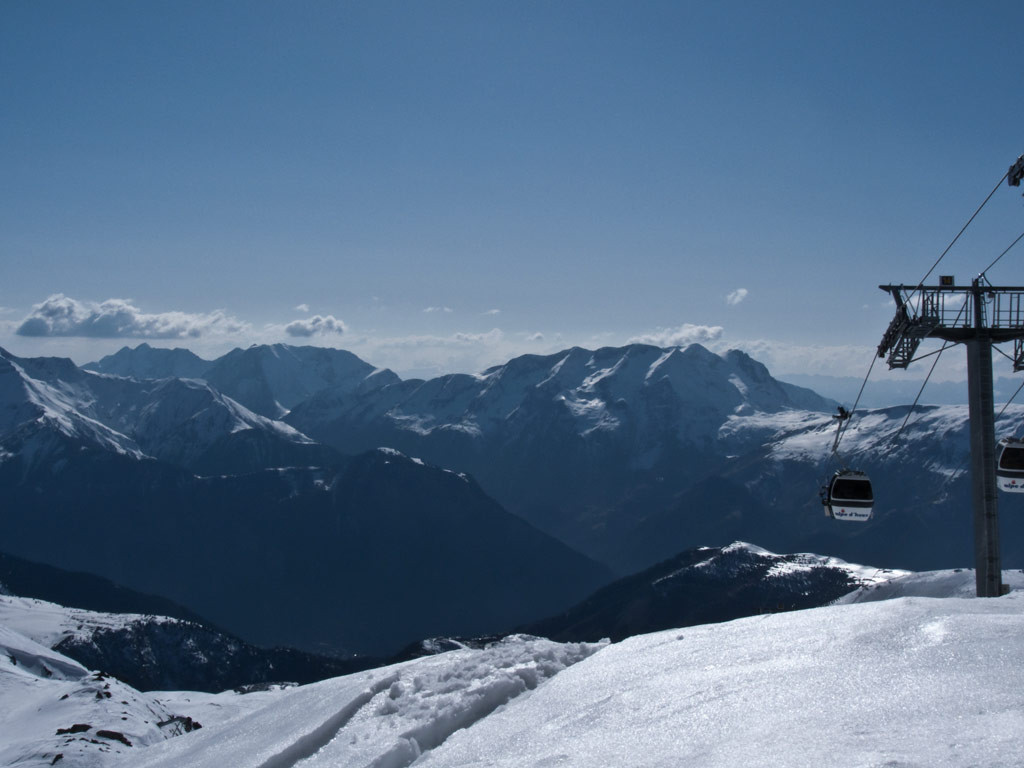 Then it snowed, on arrival our Crystal rep informed us that it had been snowing on and off all day and they had had about 17cm of snow on Thursday night.
Going out the next day we found it difficult to see where all this snow had fallen, the pistes were hard packed in the morning and turning slushy in the afternoon.
Wednesday we had a day in Serre Chevalier, where there was much better snow in spite of the fact that it is a much lower resort.

The last two days the lower runs were so slushy that we went pretty much straight up to the glacier. Even at the top there were still people skiing/boarding in shorts and t-shirts. I skied down through the tunnel run on Thursday, the moguls are pretty big but not bad if you know how to ski them but its reputation is overrated.

Food of the stay: For cheap food on the slopes the only place to go is Beau Soleil, the chicken, bacon and avocado salad was particularly good.

Rosko recommends: Head over to Vaujany to escape the crowds