After being cloudy and rainy since we got here. The day of the race dawned (well it didn’t dawn at all, since the sun never set) cloudy, it cleared up in the afternoon however and Tromsø looked magnificent.

After crossing the Bridge for the first time we ran West along the fjord with groups of locals cheering us along. After the turn the clouds were starting to come in, making the water appear metallic. Looking out over Tromsø I could see that the clouds were still clear of the airport, almost like they were waiting for us to get past before rolling in. 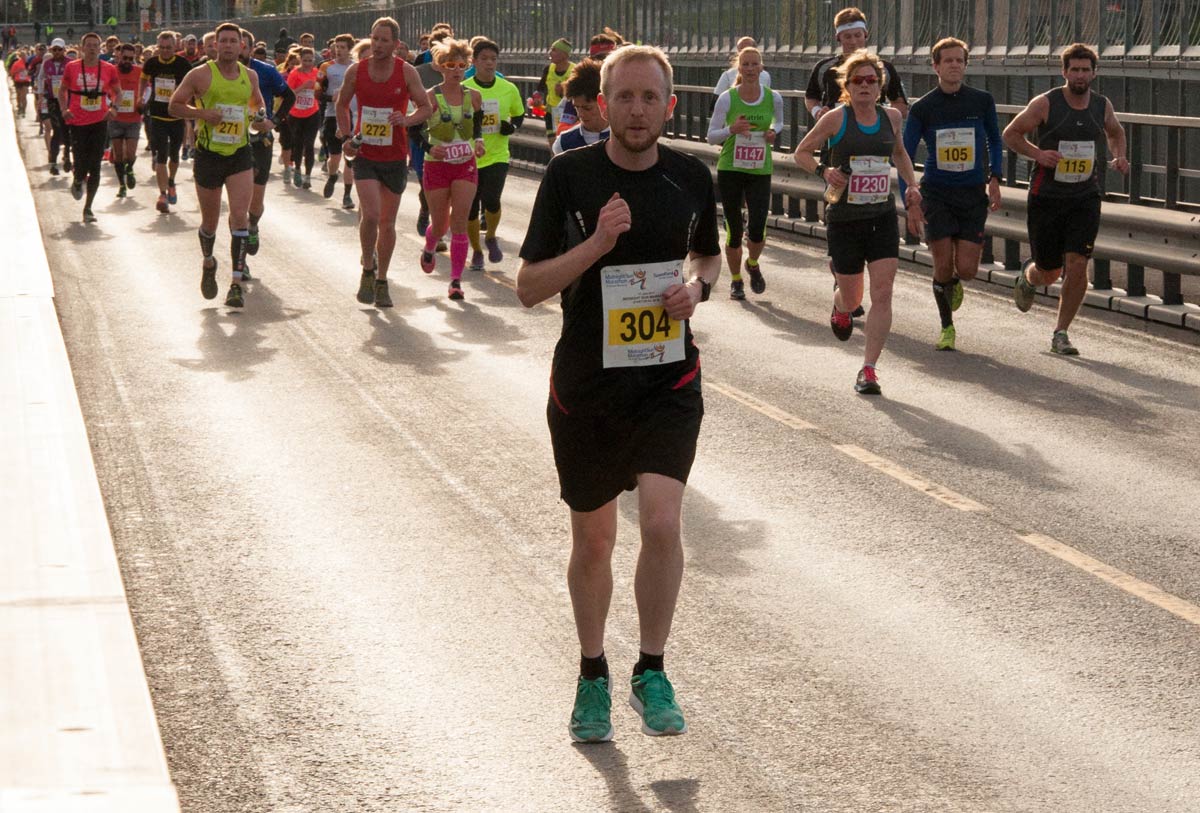 True enough, after going back over the Bridge and out the other side of the centre the sun was still shining, sitting just above the mountains in the distance and back in Tromsø it had started to rain so when I looked back over my shoulder I could see a full rainbow over the city.

The last quarter of the race was characterised by pain and rain, I was suffering now but the clouds sent down a light soothing rain to freshen me up for that final push. In spite of the rain the small groups of locals who had dotted the route stayed and continued their strange chant of ‘hey-yar’. 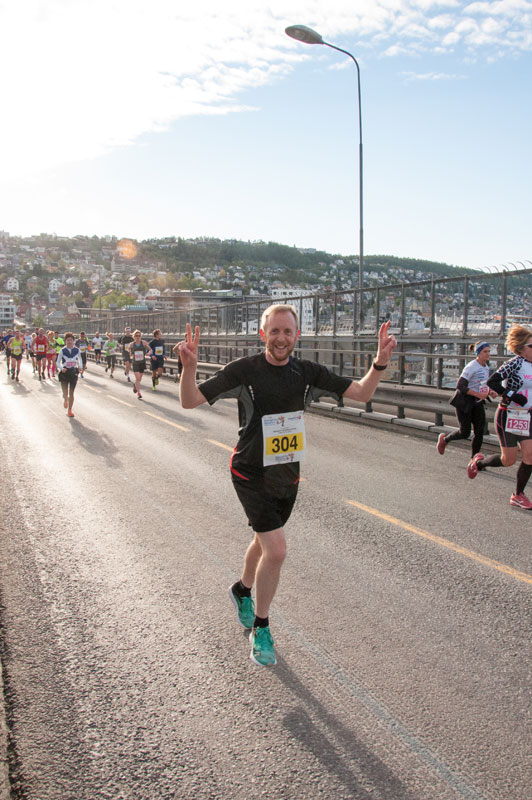