I arrived in Bangor in fine weather and discovered my hotel was two miles out of town so a cab ride out to ‘Tal-y-bont’ was the first order of the day. Once there I discovered that Penrhyn Castle is just around the corner and decided this would be a good place to start on Tuesday. I had intended to have a night on the town in Bangor before heading off into the hills but I still had a bit of work to do so ended up having dinner and a pint in the pub.

Tuesday dawned dull and cloudy, so a great day, I thought, for wandering around a castle. Sadly Penrhyn Castle is closed on Tuesdays, so I ended up wandering around Bangor instead. Around 3 o’clock I started to try and find my bus to Idwal Cottage, which, I then discovered, goes at 8 o’clock in the morning. After asking around (I tried the bus drivers but they didn’t give a coherent response) I found out that the best thing to do would be to get a bus to Bethesda, it was possible to walk from there along the A5. Finally my luck changed, although not until after I spend 20 minutes trying to hitch-hike, a bus I didn’t know about turned up on its last run of the day and dropped my right outside the hostel. 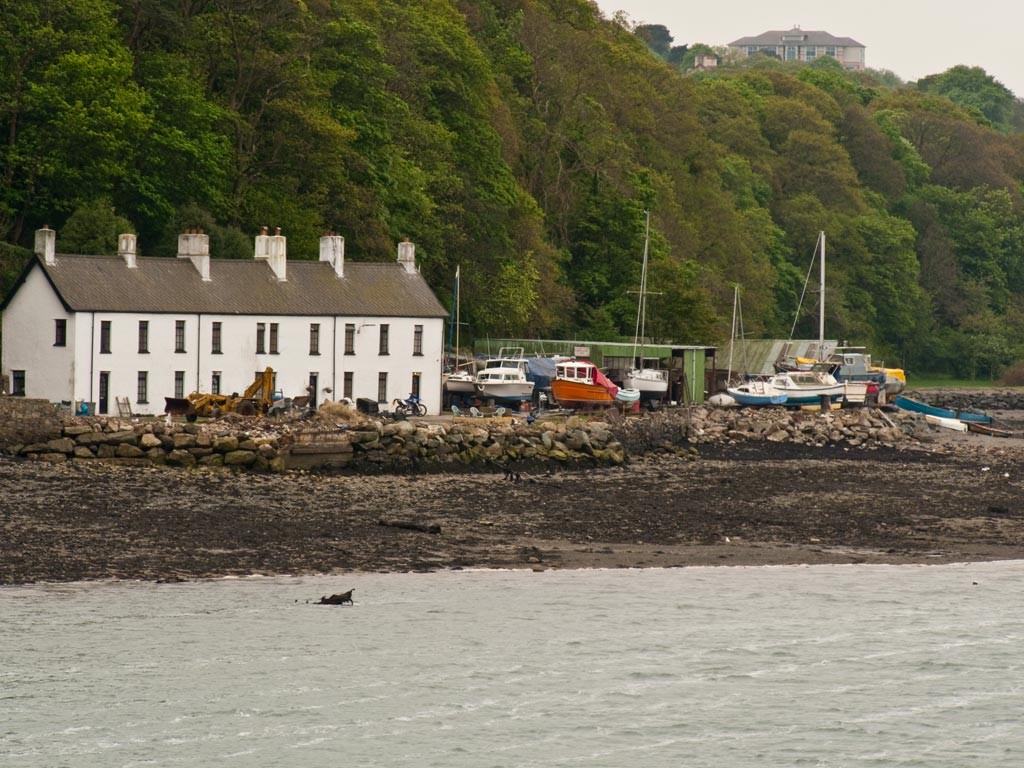 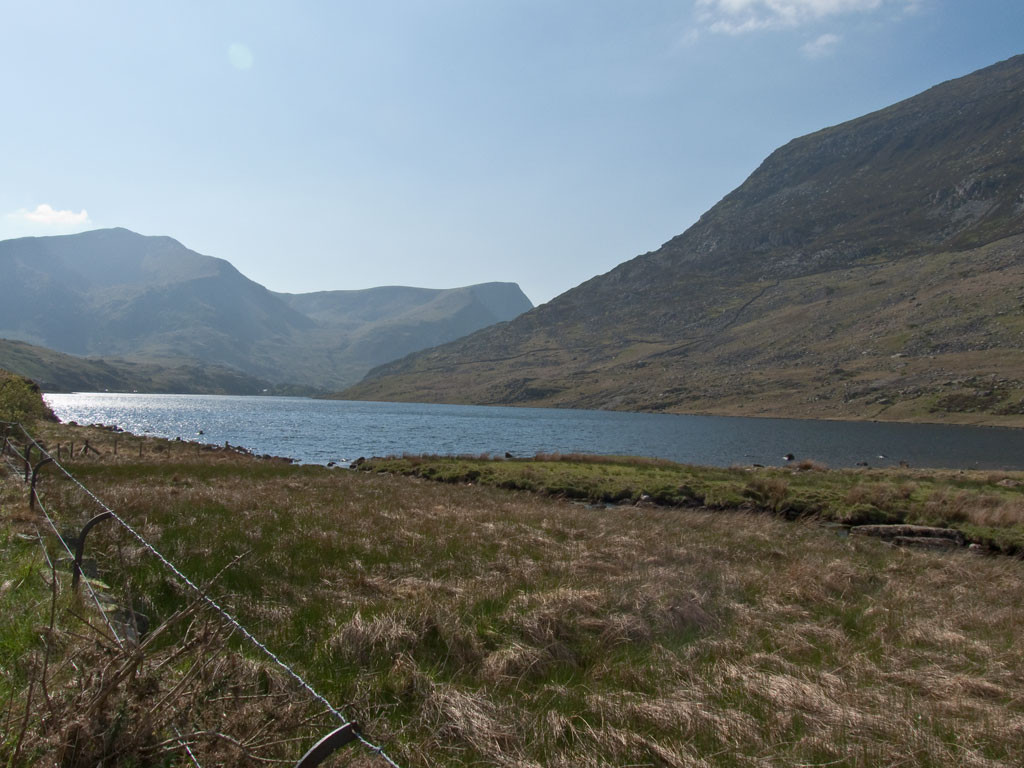 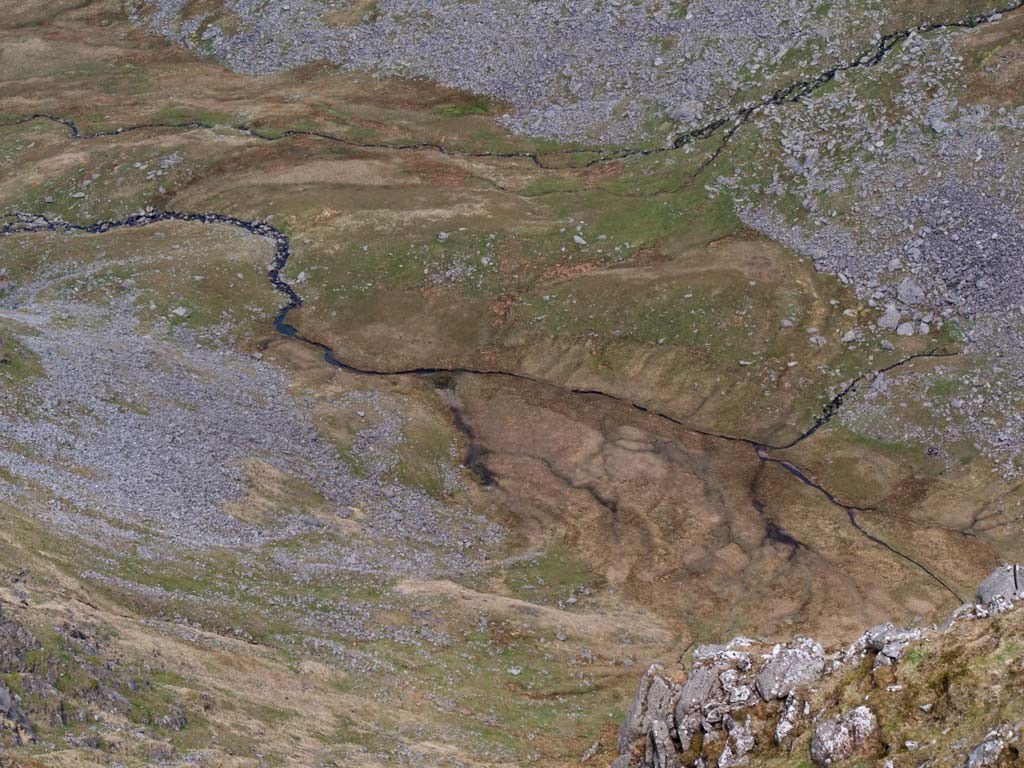 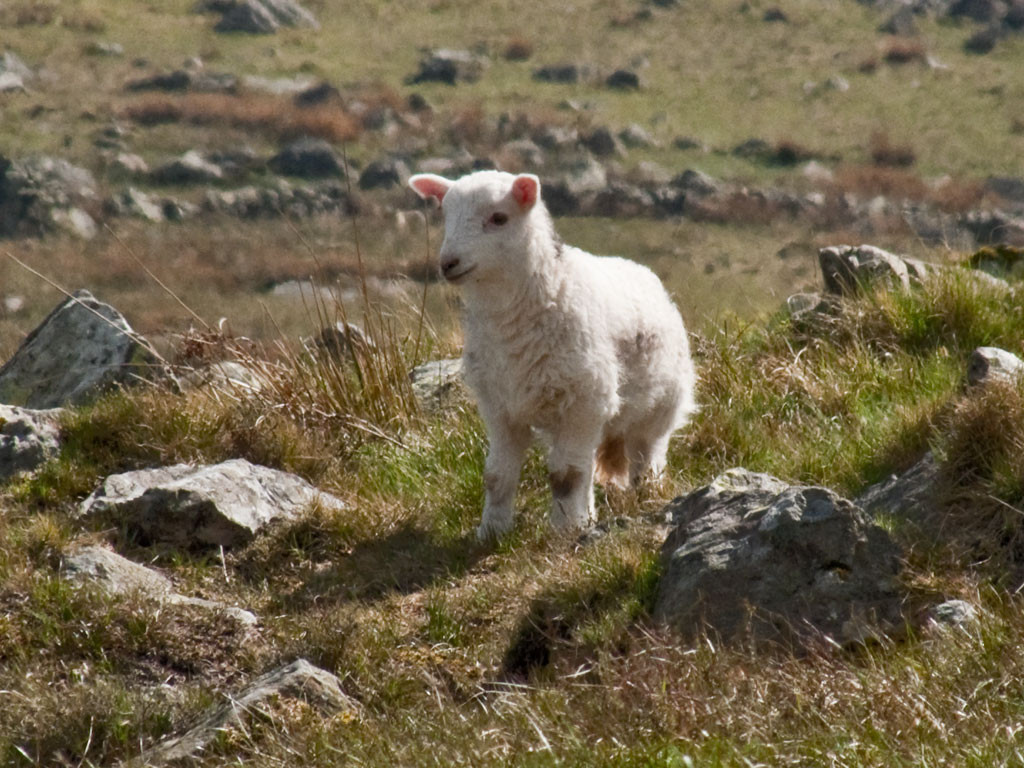 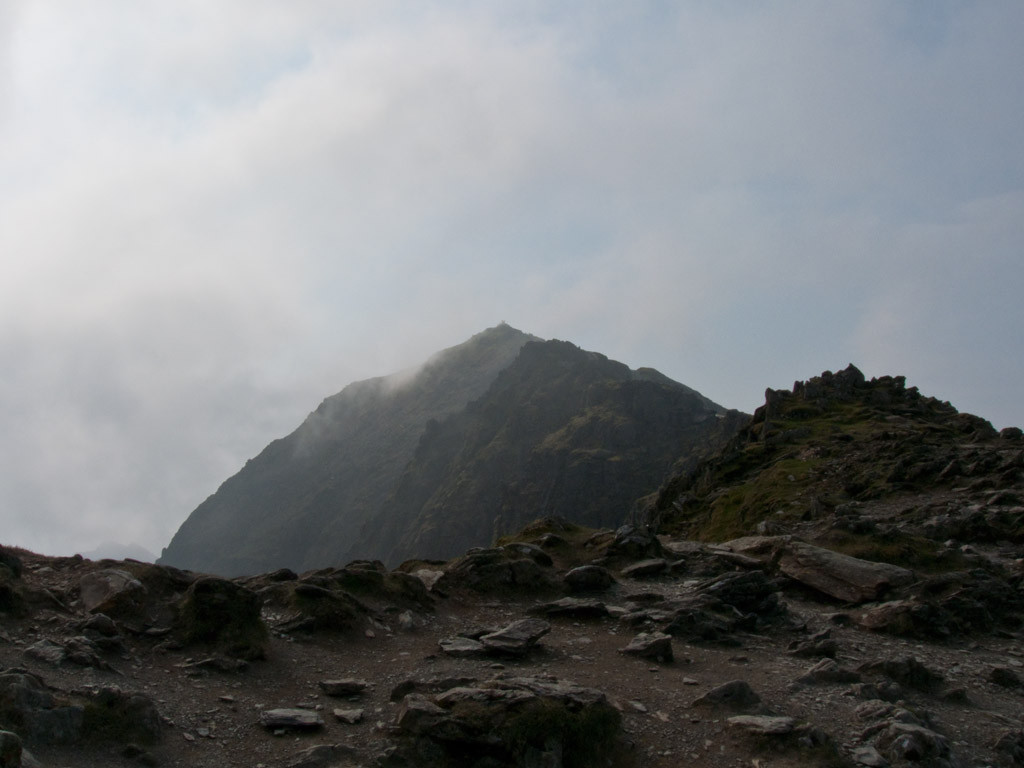 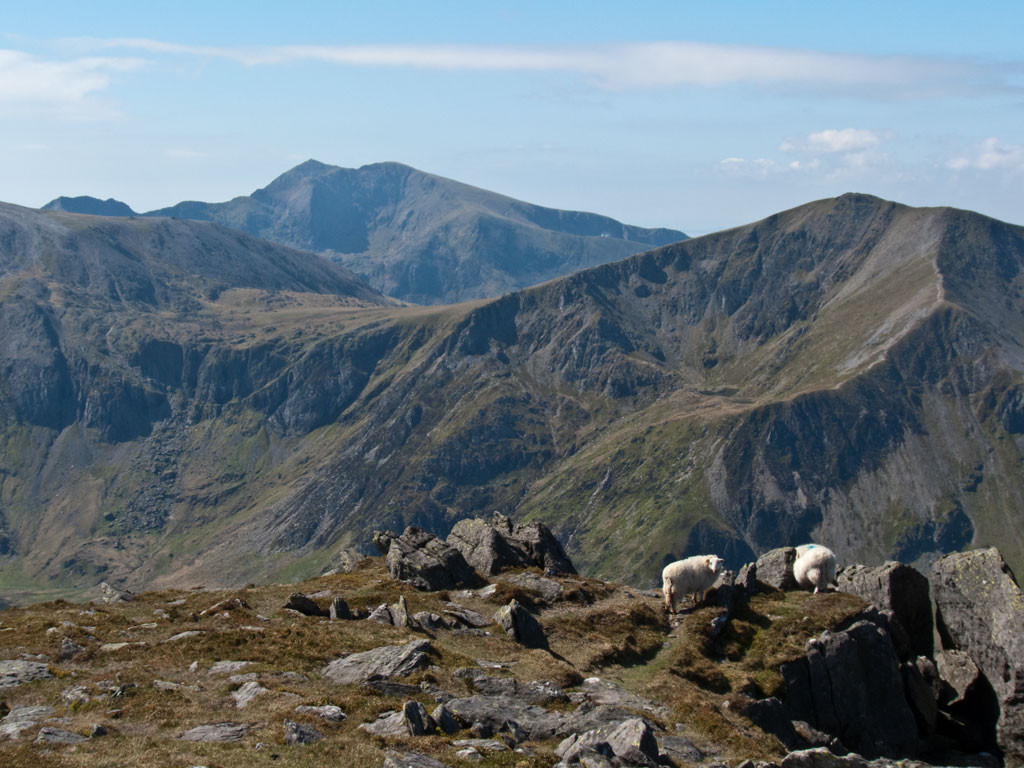 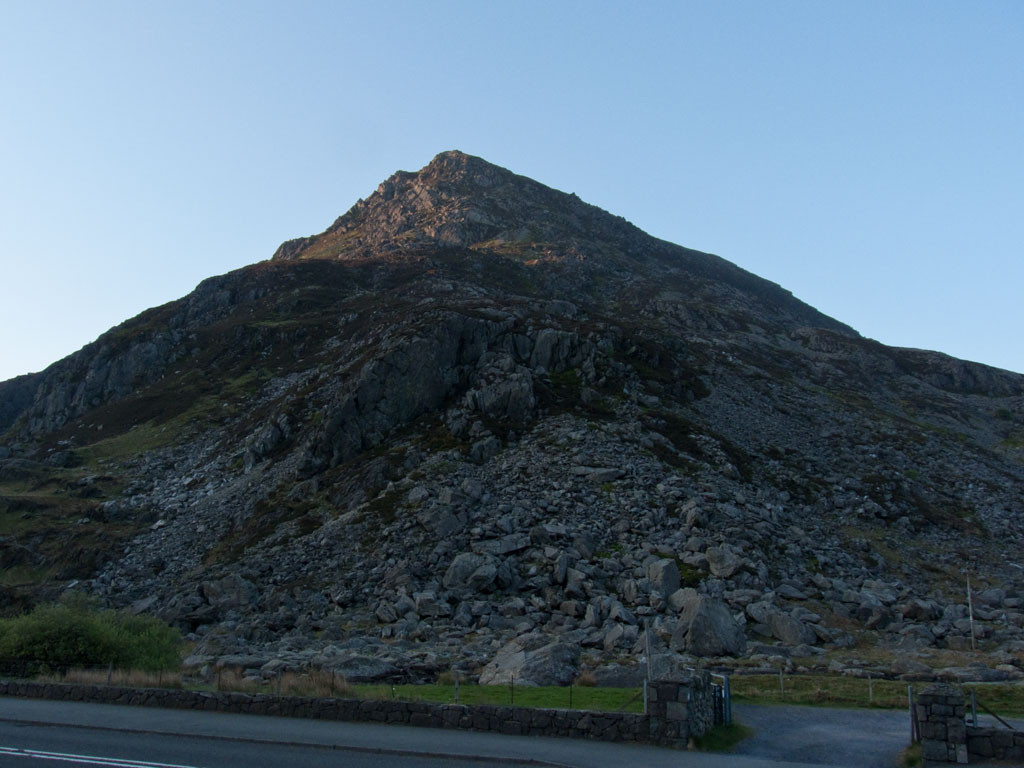 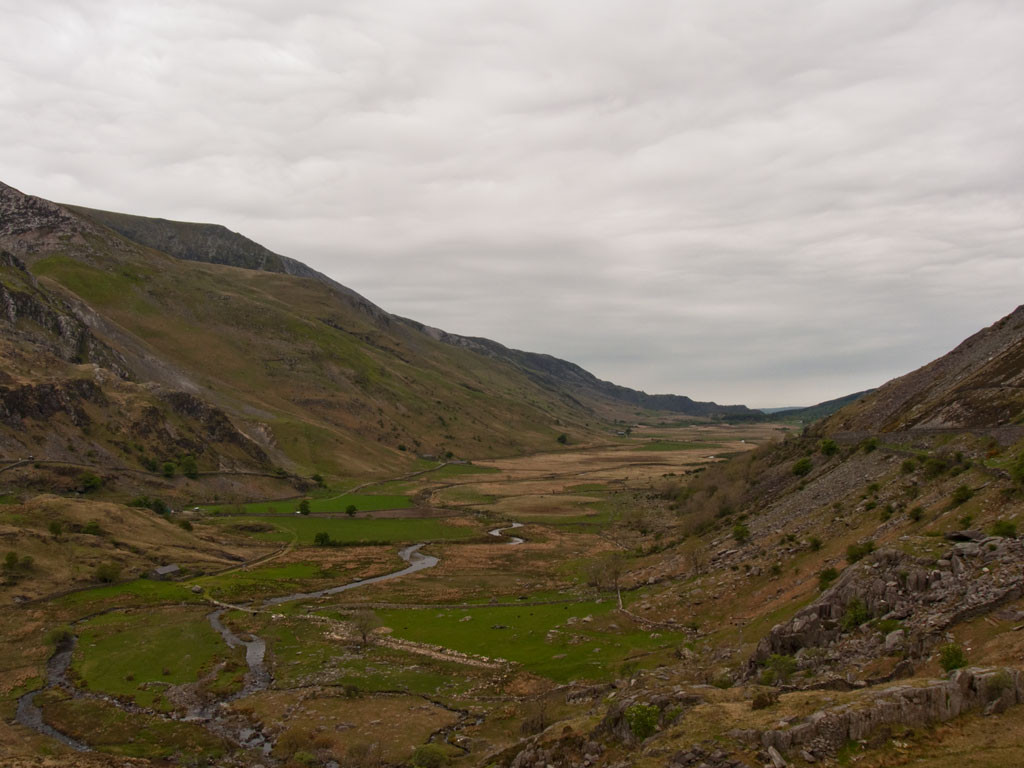 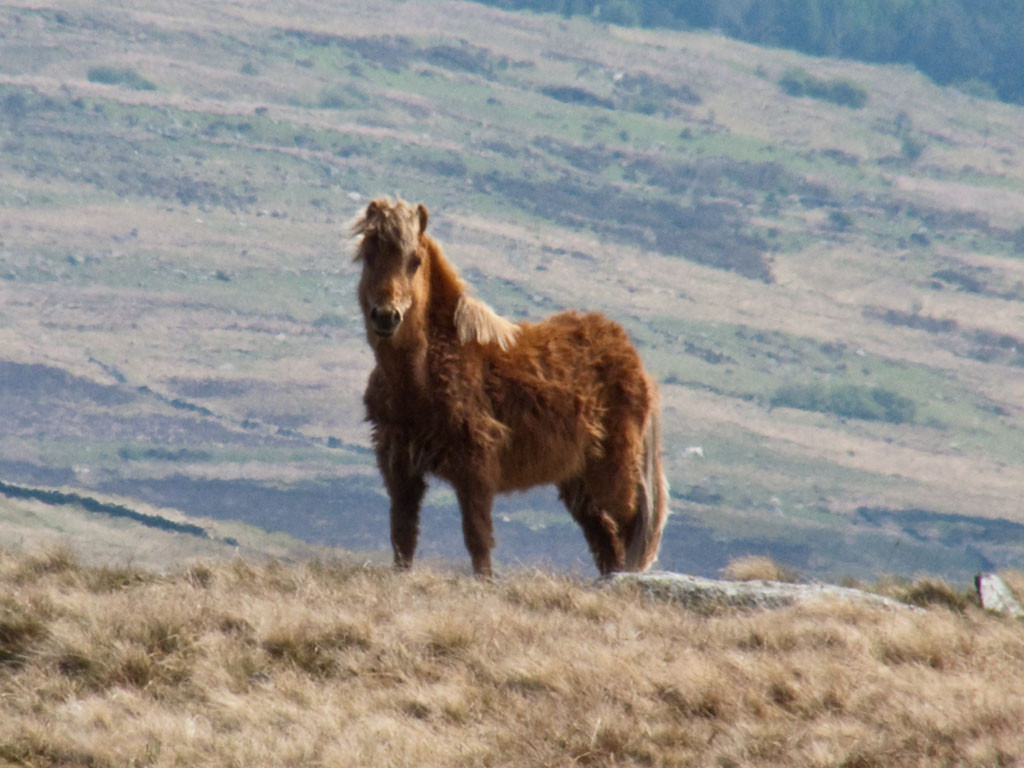 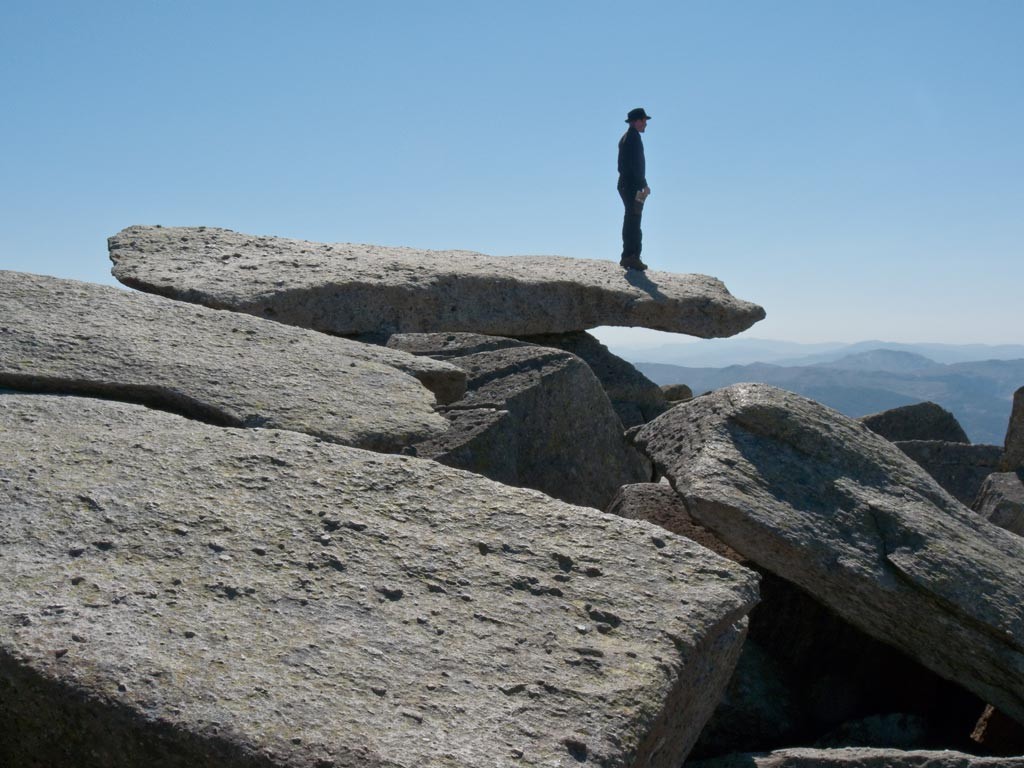 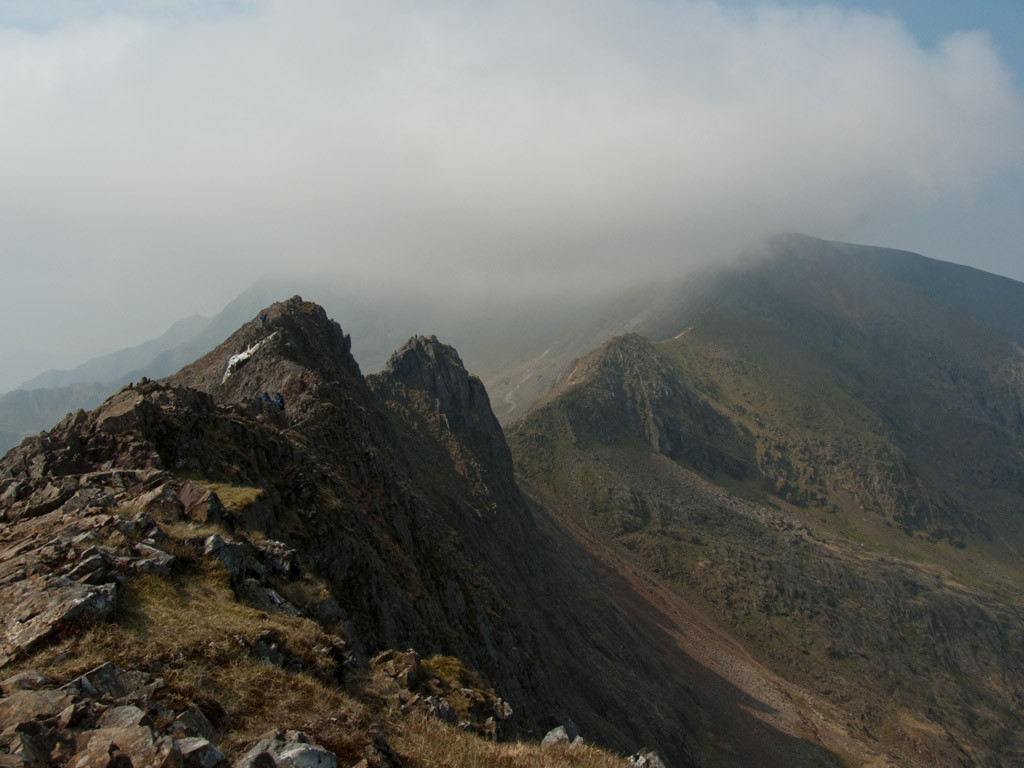 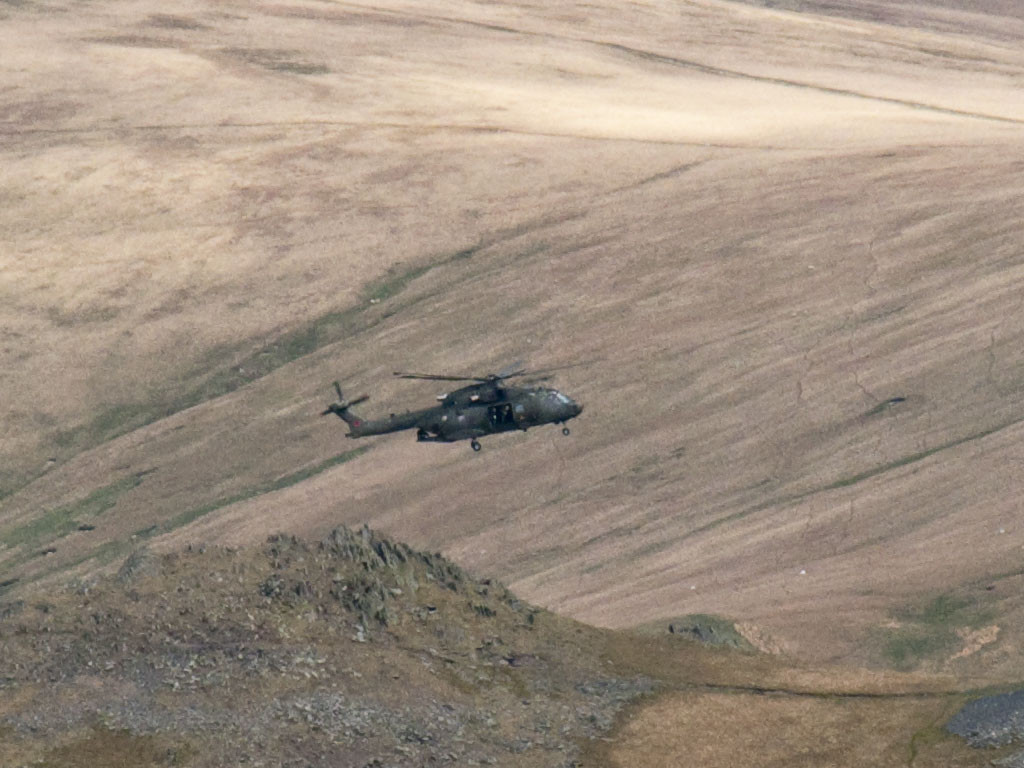 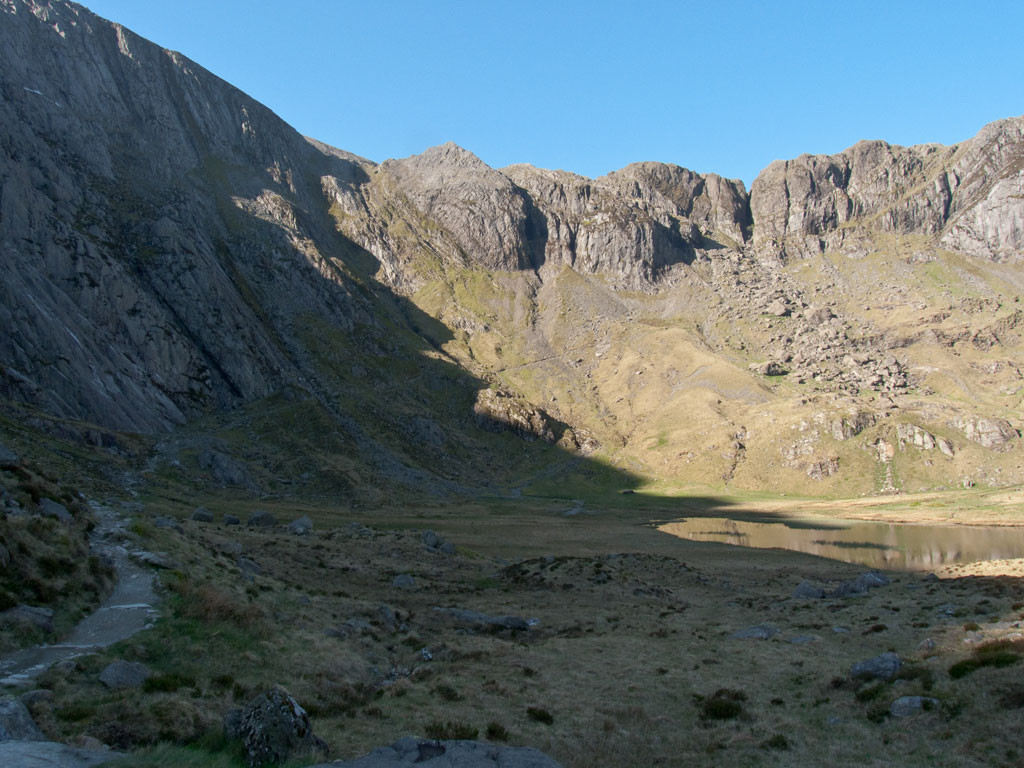 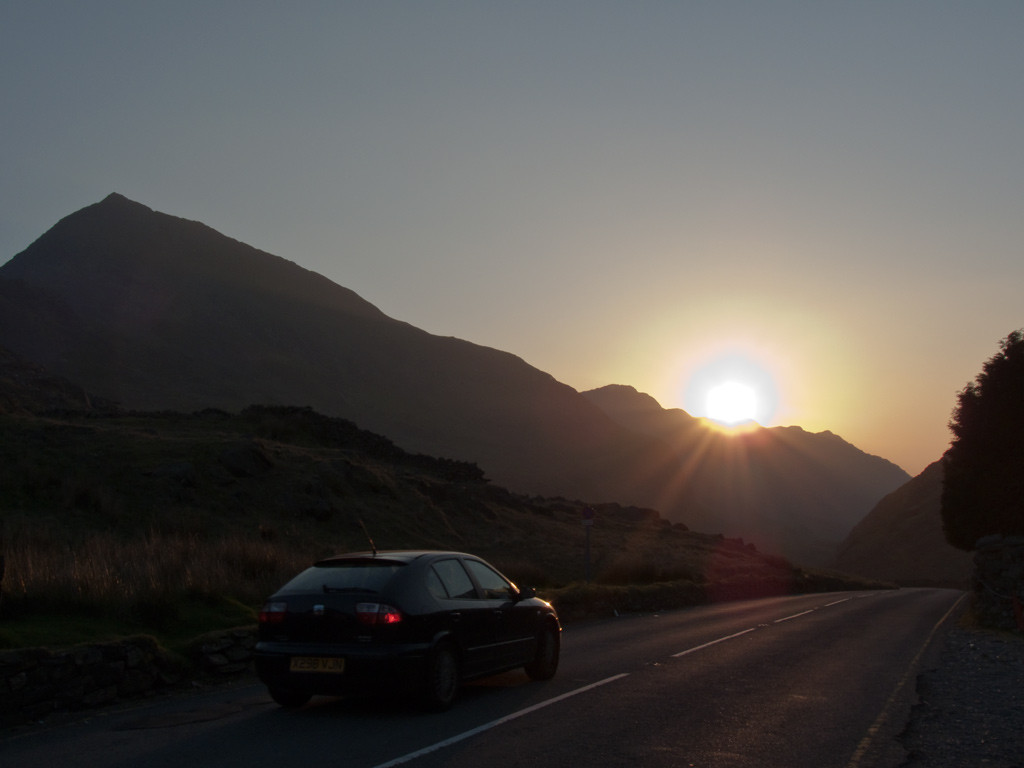 Wednesday gave me a beautiful day so I decided on a quiet walk around the lake, this turned swiftly into a marathon climb up to the top of ‘Pen yr ole wen’, on the way I picked up a couple of lost and scared hikers who were struggling up the same slope. Once at the top they told me of their plan to walk the 100 highest peaks in Wales (Having seen them on this slope, I doubt they will ever manage more than 90 of them), they pointed out to me that the next two peaks along the ridge, ‘Carnedd Dafydd’ and ‘Carnedd Llewelyn’ , are the 4th and 3rd highest respectively. So, bearing in mind that I would be climbing Snowden on Friday, I decided to join them. The peak next to Snowden is ‘Garnedd Ugain’ and is the second highest peak in Wales, so, weather permitting, come Saturday I will have conquered the four highest peaks in Wales; not bad for three days walking. The way down was uneventful; we cut down across the fields and walked along the road by the lake back to the Hostel.

Thursday I packed my stuff up early and started out at around 8.40. Today’s task was to take myself and all my stuff over the pass and through Devil’s Kitchen and down to Pen-y-pass where I would spend the night before I talked Snowdon on Friday. It was another clear day and I made it to the Devil’s Kitchen about 11.30 and then up a long scree slope to ‘Glyder Fawr’. From there I cut along the ridge giving me the peaks of ‘Castell y Gwynt’ and ‘Glyder Fach’ to add to my growing collection of Welsh peaks. The last peak I reached was Gwyliwr which has the famous cantilever stone. I was now on the home leg, all I needed to do was head a little way down the ridge and turn down the miners track which would take me to ‘Pen-y-gwryd’ hotel and then walk up the road to Pen-y-pass. I completely missed the miners track and instead had to head down through the fields, which involved climbing down a sheer rock-face and eventually came out about a mile past ‘Pen-y-gwryd’ and had to walk back along the road. I reached the hostel just before 4 o’clock.

Finally, Friday arrived and I determined not to hear anyone talk about weddings, this didn’t last long as while I was having breakfast the staff were talking about someone who asked if there was a TV in the room so that they could watch… (yep, you guessed it). The weather had turned a little and the forecast said the cloud would be coming in during the afternoon so I headed out about 8.20 and up the Pyg track to the top of Snowdon, this is a fairly easy and very popular track and I made it just after 10 o’clock. It was pretty windy at the top and I could see the cloud coming in, although it was staying pretty high, even so, I headed off quickly towards ‘Garnedd Ugain’ so as not to get caught on a narrow track if the cloud came down. The track started out pretty easy and I decided that this wasn’t going to be the challenging route that I had been led to believe. A little way after the peak the nice wide ridge turned into a craggy edge and I resorted scrambling along the edge and climbing onto the peaks of ‘Bwlch Coch’ and finally ‘Crib Goch’. From ‘Crib Goch’ it was downhill all the way, although still steep and rocky, there were plenty of people attempting to come up this way (and it is worth the effort), I even saw a couple of people with dogs in their rucksacks. When I reached the bottom of the ridge though there were three generations of a family and their Labrador dog at the bottom attempting to climb a vertical rockface, I suggested they went back and took the Pyg track.
I made it down in time for lunch and spent the afternoon relaxing.

Rosko Recommends: Well you have to do Snowdon, don’t you? but the walk over the pass from Idwal Cottege to ‘Pen-y-gwryd’ is definitely much more fun.

Food of the stay: There is a fantastic little Cafe in Bangor called the Blue Sky Cafe which does an excellent selection of lunches.