Cairns is just a long line of backpackers and motels interspersed with Irish pubs and tourist information centres. Needless to say I stayed just long enough to take a boat out to the reef and take a dive and a bit of snorkel and then ran away to Kuranda, which I hoped would be relaxing place with plenty of wildlife. 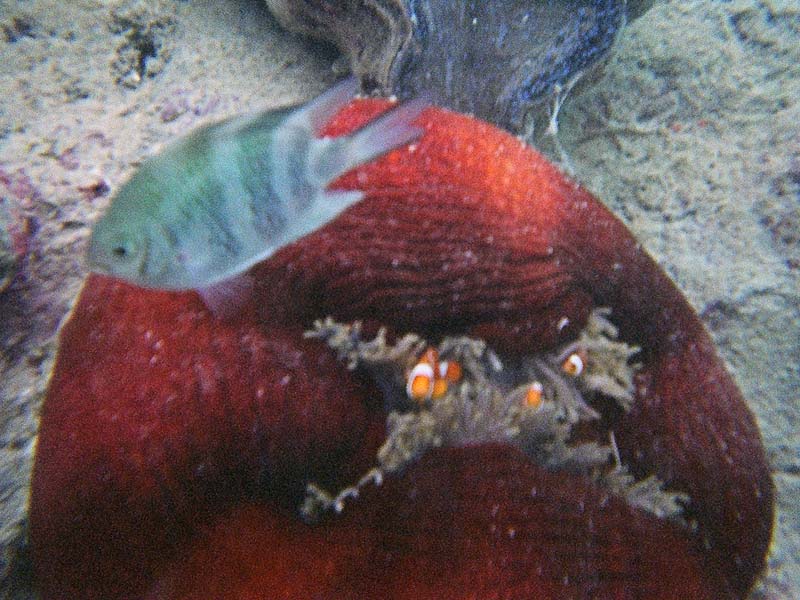 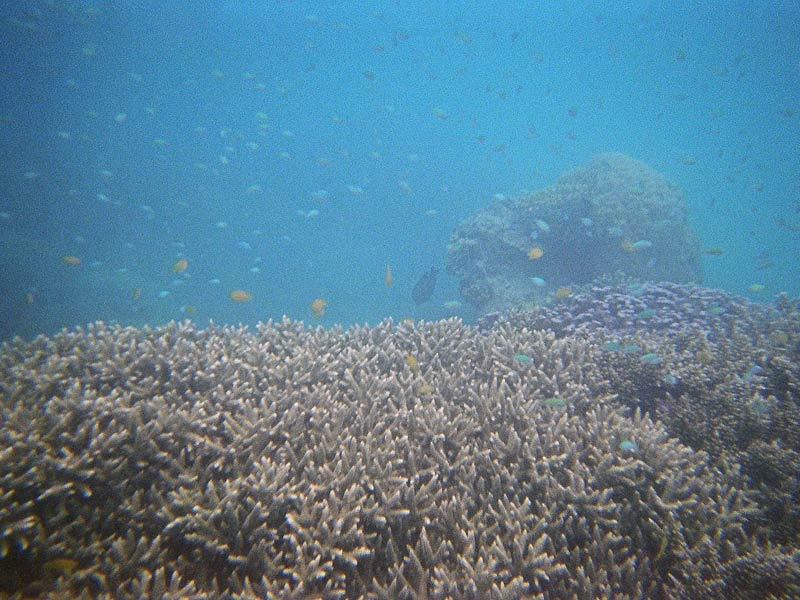 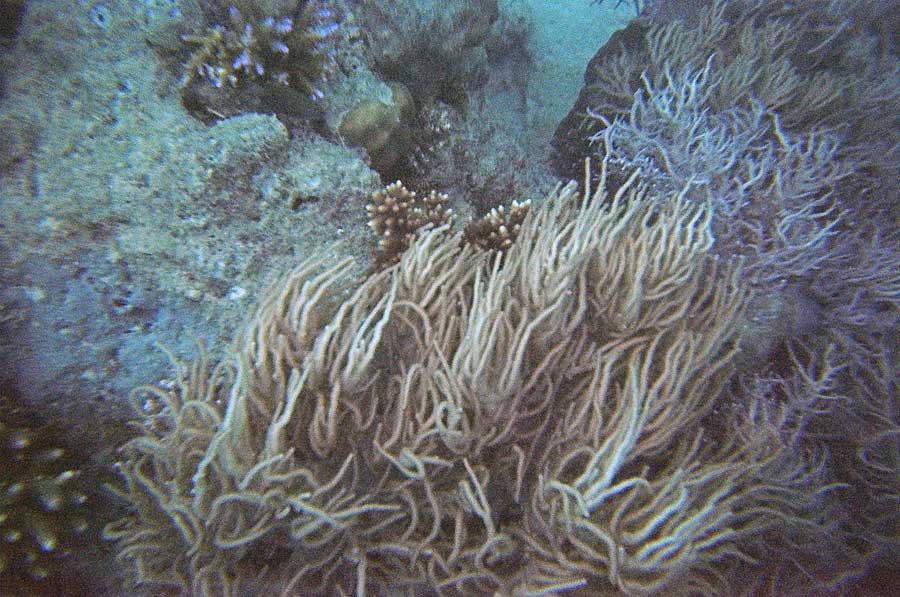 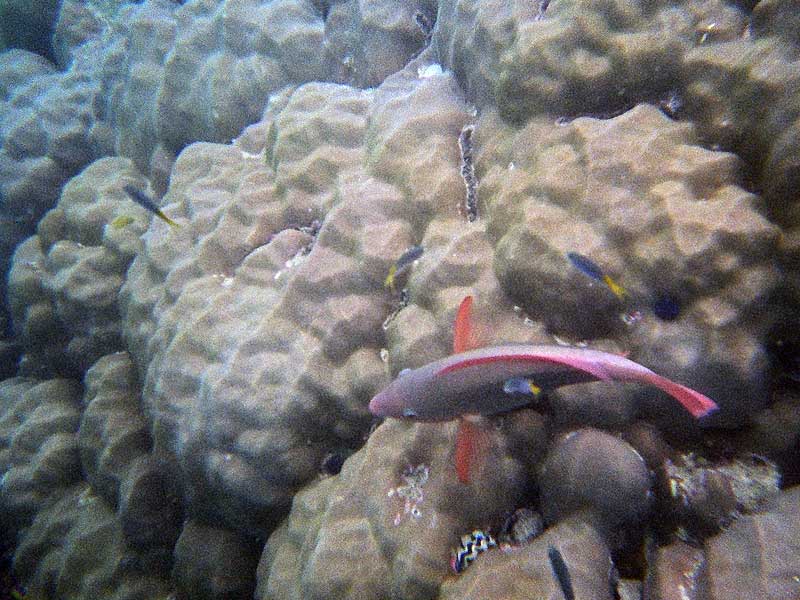 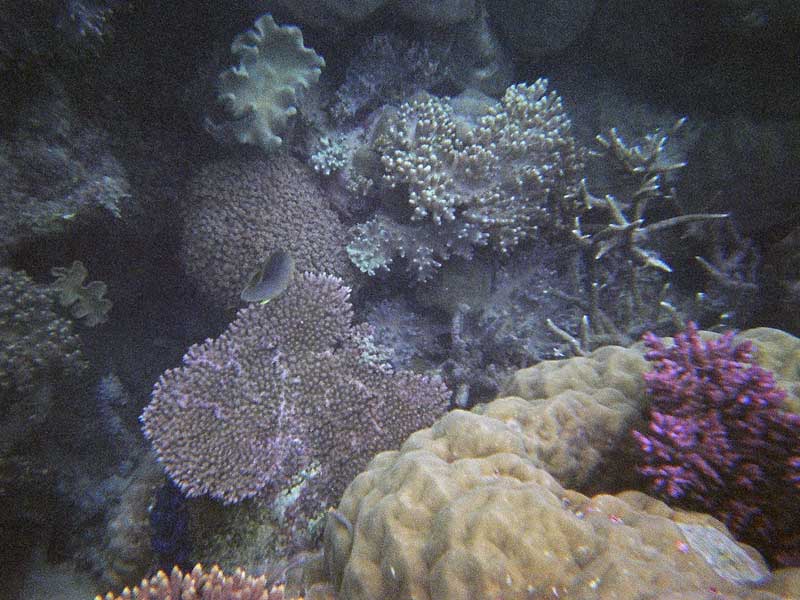 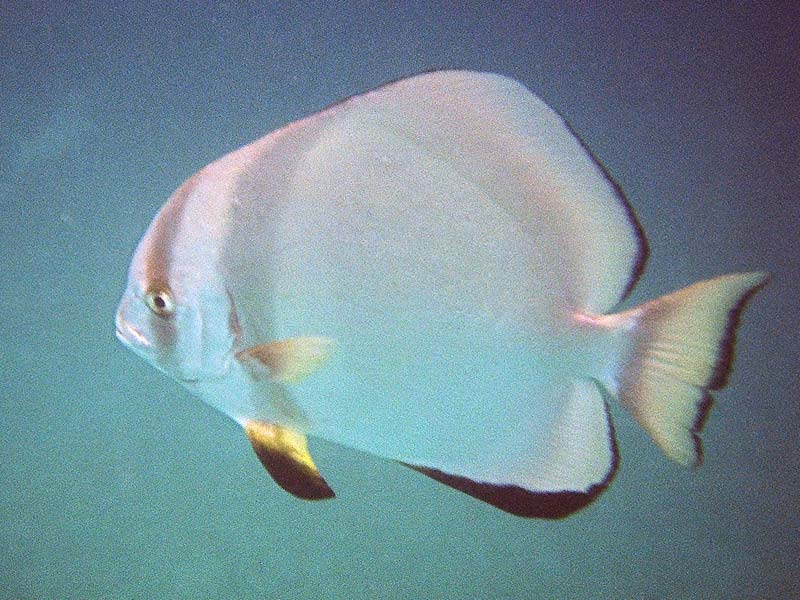 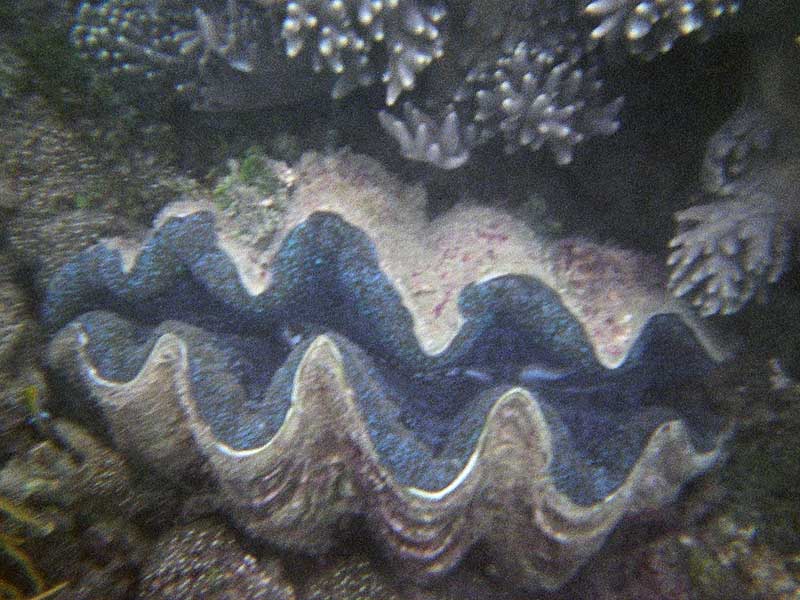 Sadly it wasn’t, however, I did meet Hans and Maf. Hans is a crazy Austrian who emigrated to Australia sometime in the 60s after hitching around Europe and Asia, working on boats and generally just getting into adventures. Maf is a crazy dude from Botswana, and after I had spent a few days bumming around Kuranda; the aviary was pretty good but bat reach was closed the whole time; we got into an adventure.

The scenic railway from Cairns to Kuranda was closed due to a landslide so it was possible to walk along the tracks to the next station where there is a waterfall and a short jungle walk, Hans had told us that there is also a track down to the bottom of the waterfall from when they built the dam, the track is fenced off but anyone who knows where it is can jump the fence and follow it down. We went down to the bottom with no real problems and spent half an hour scrambling over the rocks before heading back up.

Once we were at the top we continued down the tracks to the next waterfall, there isn’t a station here so most people don?t know about it. One of the locals had told us that there was a track down the side of this waterfall to the canyon at the bottom, but we couldn’t find this one and instead walked down through the bush. We slip down the side of the railway tracks and under the bridge before coming to a pool where we relaxed before heading on. The next bit was also tricky and this was compounded by the nest of green ants that we traveled through, green ants bite. Green ants are also an excellent source of vitamin C. As Maf cursed the biting ants I helpfully pointed out to him that ‘you can lick their bums, apparently.’ Then Maf returned the comment as I realised they were crawling all over my arms and trying to take chunks out of it. 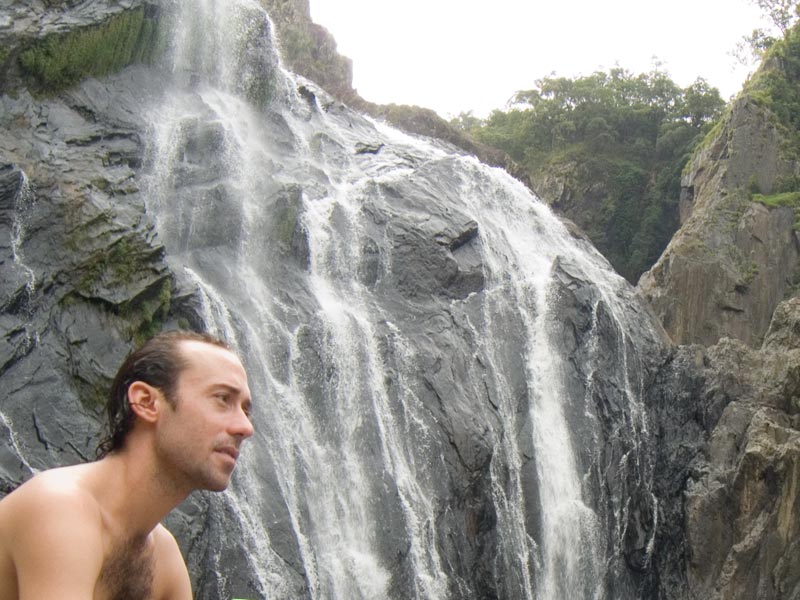 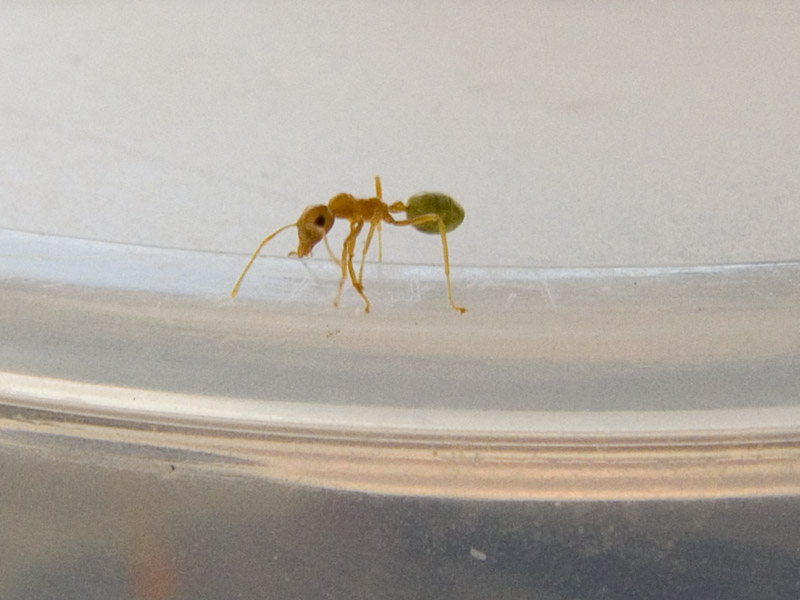 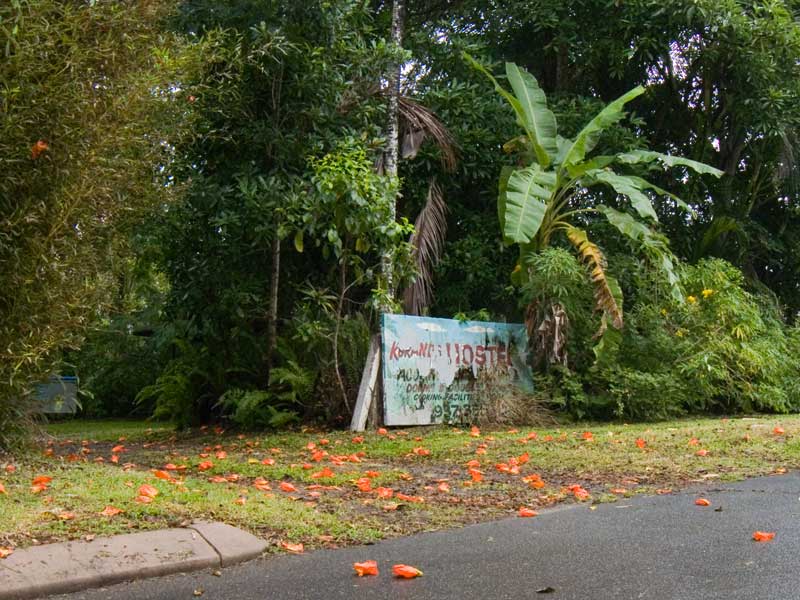 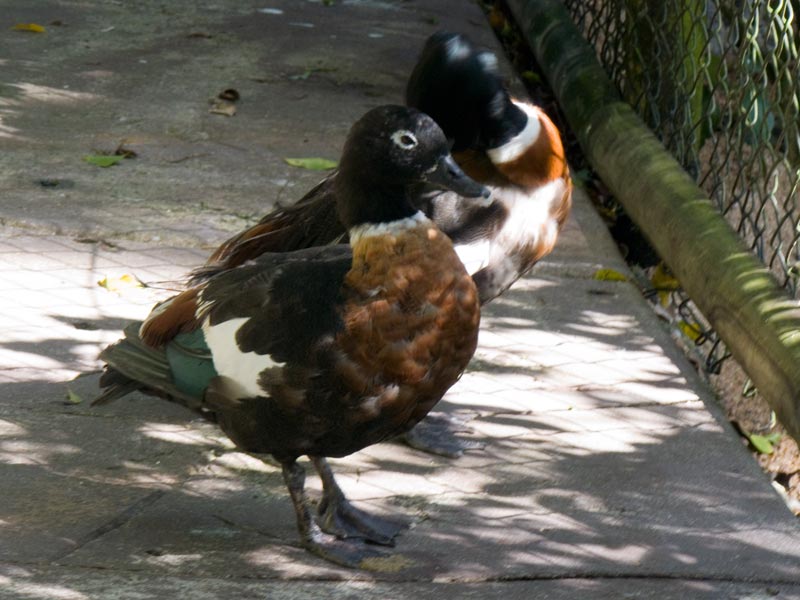 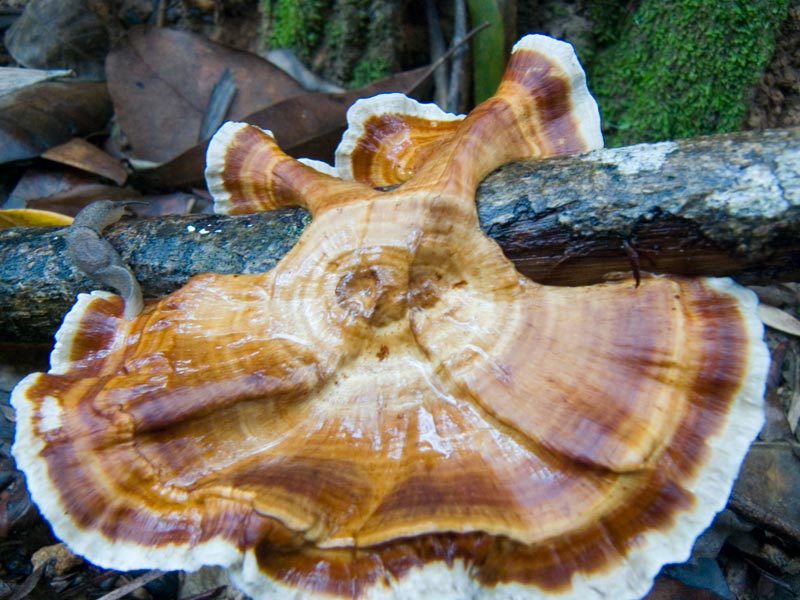 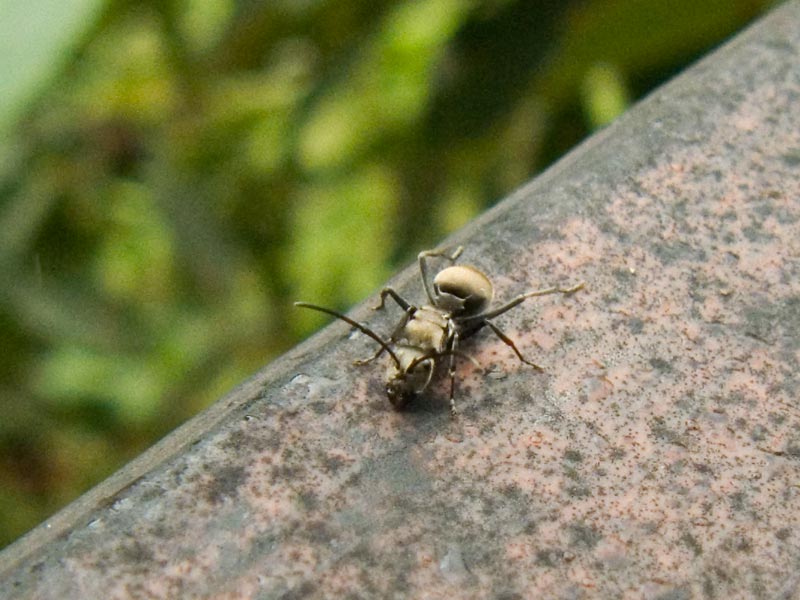 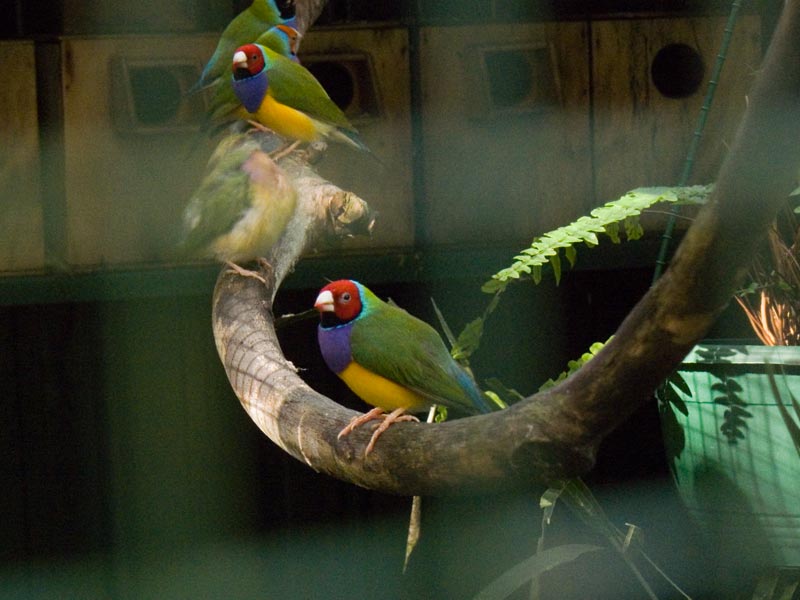 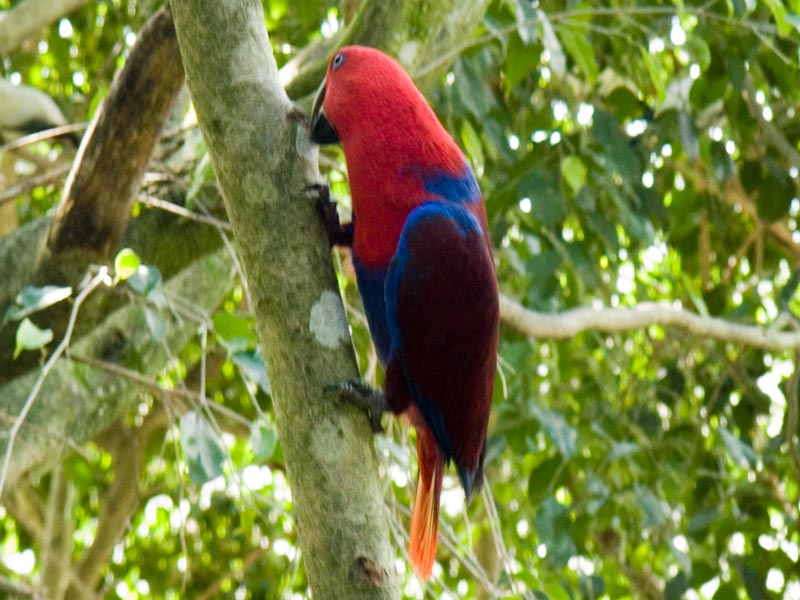 As the terrain got steeper we climbed under the waterfall and then down through the waterfall before crossing back over. It was at this point that we realised that getting back up again would be impossible and it was getting late. We crossed back across the waterfall and tried to head into the bush where we thought it might be easier going, it wasn’t and we finally realised that we were stuck for the night. We spent an uncomfortable night on a ledge pushed up against the rocks hoping that it wouldn’t rain (the wet season hadn’t quite finished yet).

The morning dawned clear and, fortunately, dry. So after much discussion and listening to a large rock crash down through the undergrowth we agreed to try going up again. We kept away from the waterfall where the ground was less steep but covered in loose rock and made our way up, finally pushing through some brambles and back onto the train tracks, where we were lucky enough to catch a lift with the railway maintenance vehicle (a modified Ute) which was preparing for reopening part of the track. I was able to get back to the hostel in time to shower, pack and catch my flight to Darwin.

Food of the stay: I guess I’ll always have fond memories of crackers for breakfast.